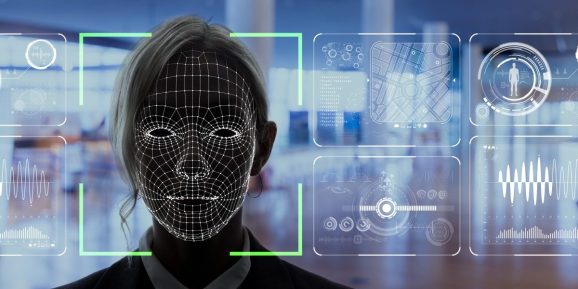 (Reuters) — Stores and workplaces eager to avoid spreading the novel coronavirus are equipping existing security cameras with artificial intelligence software that can track compliance with health guidelines, including social distancing and mask-wearing. Several companies told Reuters the software will be crucial to staying open as concerns about COVID-19, the respiratory illness caused by the virus, persist around the world. It will allow them to show not only workers and customers, but also insurers and regulators, that they are monitoring and enforcing safe practices.

“The last thing we want is for the governor to shut all our projects down because no one is behaving,” said Jen Suerth, vice president at Chicago-based Pepper Construction, which introduced software from SmartVid.io this month to detect workers grouping at an Oracle project in Deerfield, Illinois.

Samarth Diamond plans to deploy AI from Glimpse Analytics as soon as its polishing factory reopens in Gujarat, India, while two Michigan shopping centers owned by RPT Realty will have distancing tracking from RE Insight in two weeks. Buyers expect the technology will work because they already have used similar tools to profile shoppers entering stores and find helmet scofflaws on construction sites. But some technology consultants that advise retailers and office landlords have cautioned clients against introducing new technology at a chaotic time and investing in tools that may be needed only for a period of months. Privacy activists concerned about increasingly detailed tracking of people are also urging businesses to limit use of the AI to the pandemic.

“The question becomes whether the tech remains after the public health problem goes away, and that is the real privacy fear,” said Al Gidari, a privacy expert at Stanford Law School. “Video in the store today to ensure social distancing remains to identify shoplifters tomorrow.”

Reuters spoke with 16 video analytics companies, many of them startups with a few million dollars in annual revenue, that have added offerings because of the coronavirus. Their systems can be set to produce daily reports, which site managers can use to correct recurring problems and document compliance. Most work on a branch of AI technology known as computer or machine vision, in which algorithms are trained on image libraries to identify objects with confidence of 80% or higher.

Several customers said the technology, which can cost $1,000 or more annually to analyze data from a handful of off-the-shelf video cameras, is cheaper than dedicating staff to stand guard. It also can be safer, as some guards enforcing distancing have clashed with people protesting safety measures, they said.

Pepper Construction’s Suerth said its SmartVid system has not flagged crowding issues yet because staffing has been limited. But Suerth said that as more crews arrive, the company will look at trends to issue reminders at “toolbox talks.” “It’s another set of eyes on the site,” Suerth said, adding that software is less prone to mistakes than people and the “accuracy we’re seeing is really high.”

Samarth Diamond manager Parth Patel said he could adjust procedures when the software identifies spots where his 4,000 workers are clumping together in busy areas. People tagged as not having masks would quickly be offered one by a team reviewing camera feeds, Patel said. “It will surely be helpful for the safety of employees and their comfort level, and it will be helpful to show it to authorities that we are adhering” to regulations, Patel said. Patel said he has confidence in the algorithms after his family successfully used computer vision last year at supermarkets it owns to count female shoppers and decide where to stock a new line of dresses.

RPT Realty, which CEO Brian Harper said had used camera software to count visitors over the past few months at two of the 49 open-air shopping centers it owns in the United States, is moving to assess tenants’ compliance with reduced occupancy regulations across five malls.

It also plans to help consumers decide when to shop by using technology from startup WaitTimes to analyze lines of people waiting to enter stores, a phenomenon that has become common during the pandemic as part of social distancing efforts. Signage will inform shoppers of the anonymous counting, according to Harper. “You can never have too much data at your hands,” Harper said. But calculating whether people are six feet (1.8 meters) apart and detecting objects such as face masks are all novel uses now being tested and launched on accelerated schedules. Some startups even promise to spot sneezing and coughing, claims that drew skepticism from some experts.

“Most solutions will be in uncharted territory, without a proven track record, and likely susceptible to false positives and bugs,” said Vinay Goel, a former Google Maps product leader who is now chief digital products officer at the tech unit of real estate services giant Jones Lang LaSalle.

Besides costs, businesses are concerned AI will trigger too many reports of non-problems, like a family walking close together in an aisle, retail consultants said. Indyme, a technology vendor that works with BevMo!, Office Depot, and other U.S. retailers, said its clients have preferred rudimentary boxes that can count people at entrances and automatically announce, “For your safety, please maintain a social distance of six feet, thank you.”