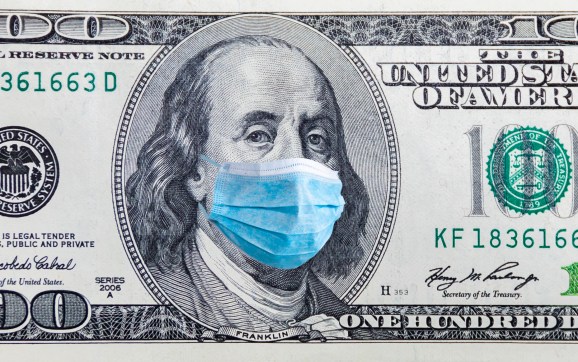 The measures most of the world has put in place to mitigate the spread of the pandemic has shut down the global economy in a more abrupt fashion than we’ve ever seen.

Despite what many are saying, the idea of a V-shaped recovery is woefully optimistic. While parallels are consistently being drawn to past financial crises, these are simply not relevant to our current situation. Never before have we experienced the demand for goods and services completely come to a halt the way they did in March. We should anticipate the economic impact in the United States to better align with the unprecedented situation at hand — which will be severe to say the least.

That’s not to say there’s no recovery in sight. I firmly believe we will emerge stronger and better equipped to respond to similar events in the future. But in the meantime, the fallout will send reverberations throughout the entire economy and be acutely felt within the venture capital and startup landscape.

Shift to a mission-critical mindset

At this point it’s nearly impossible to fully understand the implications of the shutdown. But with an expectation of 20 to 30% unemployment in the US, many Americans won’t be able to pay their bills, and the financial stimulus package will not nearly be enough.

Even after we lift quarantine measures, fear will continue to drive consumer behavior, hampering consumer spending, which will surely bleed into the enterprise as companies shift from a “growth-mindset” to a “mission-critical-mindset.”

Most of my firm’s enterprise companies with March quarter-ends missed numbers by 10 to 20%, while companies with April quarter-ends are more likely to miss by 20 to 40%. What’s more telling is that the sales pipeline for Q2 is being decimated, with qualified leads deteriorating by 20 to 50% and customers pushing out deals and reserving cash — that’s the canary in the coal mine.

Over the last several years, venture funding has become an increasingly crowded space, with investors fiercely competing with fast and highly priced term sheets. It’s been an age of unicorns, megafunds, and skyrocketing valuations. The current reset might be the forcing function for the industry to return to reality.

The first area to be impacted will be the growth rounds, or fundings over $25 million. Up until a few weeks ago, it was a common occurrence to see companies raising $100 million rounds.

A large number of VC firms have been throwing money at companies that have achieved very early revenue momentum — around $10 million or more of annual recurring revenue (ARR).  This shift has been happening slowly over the last 10 years, with private companies staying private for longer to achieve more scale to go public.

In the SaaS world, it was typical for these growth stage firms to pay 10 to 20 times forward projected ARR. Interestingly these valuations were significantly higher than their peers in the public markets, where the best-in-class highest growth public companies were trading at 15 to 20 times forward ending GAAP revenue.

This created a huge discrepancy, where large firms were paying significantly higher prices for growth-stage private companies than the public companies. Meanwhile, these privately held businesses still had an extraordinary amount of risk and company-building in front of them.

Those days are gone. To raise venture capital, startups will now have to show more tangible value and demonstrate more proof points. Entrepreneurs should expect more due diligence from investors and longer fundraising cycles at much lower prices.

My instinct tells me that we’ll see venture return once we better understand the trajectory of the virus growth. However, the floodgates will not open immediately as long as there is massive uncertainty remaining over unemployment and the overall trajectory of the economy.

In my experience, the value of the public markets consistently influences the vast majority of venture investors at all stages — despite this being lunacy for early-stage investors whose companies won’t see the public market for another seven to 10 years.

So as the stock market fluctuates — in my opinion it will drop another 20 to 30%, or even more if you adjust for all earnings coming down — we may be in for a multi-quarter lull in venture activity.

We will likely see a protracted, deep recession with 20 to 30% unemployment and various significant double digit negative GDP growth year over year for three to four quarters before some return to normalcy.

We are also looking at two years for the venture ecosystem to recover. But even then, it’s unlikely we’ll see a full return to the landscape of the last few years — meaning the late 2010’s could have been the peak of venture capital as we know it. Given the ridiculously high valuations and the insanely difficult hiring environment, this may actually be a healthy reset.

Even in this environment, there will continue to be massive technology innovation. Early-stage companies that grow up in this “new normal” and adjust their businesses to the post-pandemic world are more likely to succeed. I believe the old adage to be true: The best companies are built during challenging times.