Customer engagement platform Symend today announced that it has raised $52 million, which it says will be put toward R&D and international market expansion. The company’s products leverage AI and machine learning to automate processes around debt resolution for telcos, banks, and utilities as the pandemic ravages the economy.

CEO Hanif Joshaghani cofounded Calgary, Canada-based Symend in 2016, along with chief strategist and chief marketing officer Tiffany Kaminsky. Joshaghani grew up in a household frequently targeted by calls from debt collectors, and he vowed to change collections for the better.

“Symend is not collections; we are in the business of helping at-risk customers self-cure,” Joshaghani told VentureBeat via email. “Our mission is to change the collections process forever using digital engagement combined with behavioral science to approach customers with empathy and dignity.”

Symend combines behavioral science and analytics to help service providers and financial institutions develop individualized consumer debt remediation programs. With workflow and campaign automation tools, managers can engage with customers at points during recovery that might drive the biggest impact with the least amount of friction.

It all begins with strategy. Symend’s behavioral scientists develop flows that treat past-due customers in alignment with in-house systems and brand standards, incorporating risk and behavioral data into iterative customer segmentation. Symend claims to optimize its toolkits with experimental testing and scientific validation and to adjust strategies based on what’s working. Beyond this, it takes into account compliance and regulatory requirements in the regions where it operates.

On the data science side, Symend enhances existing customer data with the goal of increasing customer engagements, learning from behaviors with insights from cross-industry benchmarks. It also taps performance data and machine learning to inform future campaign strategies, with fast testing of multiple variables to drive higher resolution rates.

It’s up to Symend’s clients to choose which tactics they want to use for all or a portion of their delinquent customers. For example, they can configure the platform to lean on traditional outreach methods to create payment plans and limited-time payment discounts. Or they can connect at-risk customers with financial planning tools and resources and credit rehabilitation platforms.

Symend says it has processed 10 million customers across North America and that its platform has helped clients achieve 5 to 15 times in-year return on investment. (It’s on track to process 100 million by 2020.) Moreover, the company says its customers on average see increased self-resolution rates and are able to reduce third-party collections costs and lower call volumes.

That is no doubt music to the ears of banks and creditors experiencing exponentially increased call volumes, a trend likely to continue as consumers bear the brunt of the current economic downturn. According to a recent survey from CreditCards.com, 47% of Americans are carrying credit card debt, and almost a quarter (23%) say they’ve added to their credit debt as a direct result of the coronavirus pandemic.

Even before the pandemic, the U.S. had a delinquent debt problem, points out Joshaghani. He cites a 2016 whitepaper from the Association of Credit and Collection Professionals International (ACA) that found debt rose from $150 billion to over $600 billion in the previous five years and collection agencies — who take between 20% to 50% of money recovered — had an annual success rate of 7%.

Symend has offices in Toronto and Denver, in addition to its Calgary headquarters. After a year in which it tripled in size, it expects to grow to over 200 employees by the end of 2020. 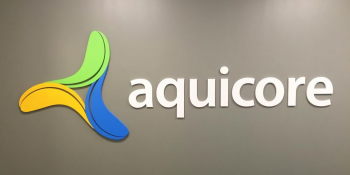