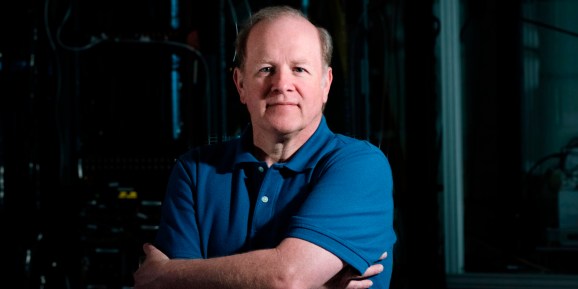 Businesses eager to embrace cutting-edge technology are exploring quantum computing, which depends on qubits to perform computations that would be much more difficult, or simply not feasible, on classical computers. The ultimate goals are quantum advantage, the inflection point when quantum computers begin to solve useful problems. While that is a long way off (if it can even be achieved), the potential is massive. Applications include everything from cryptography and optimization to machine learning and materials science.

The conversation quickly turned to Strong AI, or Artificial General Intelligence (AGI), which does not yet exist. Strong AI is the idea that a machine could one day understand or learn any intellectual task that a human can.

“AI in the Strong AI sense, that I have more of an opinion [about], just because I have more experience in that personally,” Chapman told VentureBeat. “And there was a really interesting paper that just recently came out talking about how to use a quantum computer to infer the meaning of words in NLP. And I do think that those kinds of things for Strong AI look quite promising. It’s actually one of the reasons I joined IonQ. It’s because I think that does have some sort of application.”

In a follow-up email, Chapman expanded on his thoughts. “For decades, it was believed that the brain’s computational capacity lay in the neuron as a minimal unit,” he wrote. “Early efforts by many tried to find a solution using artificial neurons linked together in artificial neural networks with very limited success. This approach was fueled by the thought that the brain is an electrical computer, similar to a classical computer.”

“However, since then, I believe we now know the brain is not an electrical computer, but an electrochemical one,” he added. “Sadly, today’s computers do not have the processing power to be able to simulate the chemical interactions across discrete parts of the neuron, such as the dendrites, the axon, and the synapse. And even with Moore’s law, they won’t next year or even after a million years.”

Chapman then quoted Richard Feynman, who famously said “Nature isn’t classical, dammit, and if you want to make a simulation of nature, you’d better make it quantum mechanical. And by golly, it’s a wonderful problem because it doesn’t look so easy.”

One of IonQ’s competitors, D-Wave, argues that quantum computing and machine learning are “extremely well matched.” Chapman is still on the fence.

“I haven’t spent enough time to really understand it,” he admitted. “There clearly [are] a lot of people who think that ML and quantum have an overlap. Certainly, if you think of 85% of all ML produces a decision tree, and the depth of that decision tree could easily be optimized with a quantum computer. Clearly, there [are] lots of people that think that generation of the decision tree could be optimized with a quantum computer. Honestly, I don’t know if that’s the case or not. I think it’s still a little early for machine learning, but there clearly [are] so many people that are working on it. It’s hard to imagine it doesn’t have [an] application.”

Chapman continued in a later email: “ML has intimate ties to optimization: Many learning problems are formulated as minimization of some loss function on a training set of examples. Generally, Universal Quantum Computers excel at these kinds of problems.”

He listed three improvements in ML that quantum computing will likely allow:

AI is not a focus for IonQ

Whether Strong AI or ML, IonQ isn’t particularly interested in either. The company leaves that to its customers and future partners.

“There’s so much to be to be done in a quantum,” Chapman said. “From education at one end all the way to the quantum computer itself. I think some of our competitors have taken on lots of the entire problem set. We at IonQ are just focused on producing the world’s best quantum computer for them. We think that’s a large enough task for a little company like us to handle.”

“So, for the moment we’re kind of happy to let everyone else work on different problems,” he added. “… We just don’t have extra bandwidth or resources to put into working on machine learning algorithms. And luckily, there [are] lots of other companies that think that there [are] applications there. We’ll partner with them in the sense that we’ll provide the hardware that their algorithms will run on. But we’re not in the ML business, per se.”