Altr has raised $15 million to broaden its business of providing data-security-as-a-service in the era of cloud technology. The Austin, Texas-based company has created a data security solution that lets organizations monitor, access, and store critical information.

“We’ve made tons of progress,” said CEO David Sikora, in an interview with VentureBeat. “We’ve got great customer traction. We’re in a great spot, with some fresh capital, some highly differentiated technology, and an expanding market opportunity.”

The pandemic is creating that market opportunity, given all of the security concerns raised by consumers accessing banking and other sensitive data over the internet, Sikora said. When the company came out of stealth in 2018, it touted its foundation in using blockchain technology for cybersecurity. But that’s not such a novel or vaunted strategy at the moment, and so Sikora doesn’t pin the company’s entire identity on that.

“Blockchain is an important part of our patent portfolio, an important part of our differentiation and disruption opportunity in the market,” Sikora said. “Even with our strong focus on the enterprise, with blockchain messaging, people would still conflate us with Bitcoin and cryptocurrency. We have advanced our positioning in, in a big way. When we get to third or fourth-level meetings, then we can talk about the distributed ledger technology as a core value.”

Altr now has customers in diversified sectors, broadened sales and business development efforts, and an expanding patent portfolio. Altr will use the capital infusion to firmly position its data-security-as-a-service (DSaaS) solution, and it will embark on a growth strategy that embraces the broader market opportunity represented by trends around cloud security and development.

With the help of blockchain technology, Altr monitors and observes how sensitive data is being moved throughout the company. If someone is accessing data in a way that looks suspicious, like someone without the proper authority drawing data, then Altr will “pinch the straw” to cut off access, Sikora said. “That’s our governance layer, or risk layer.” 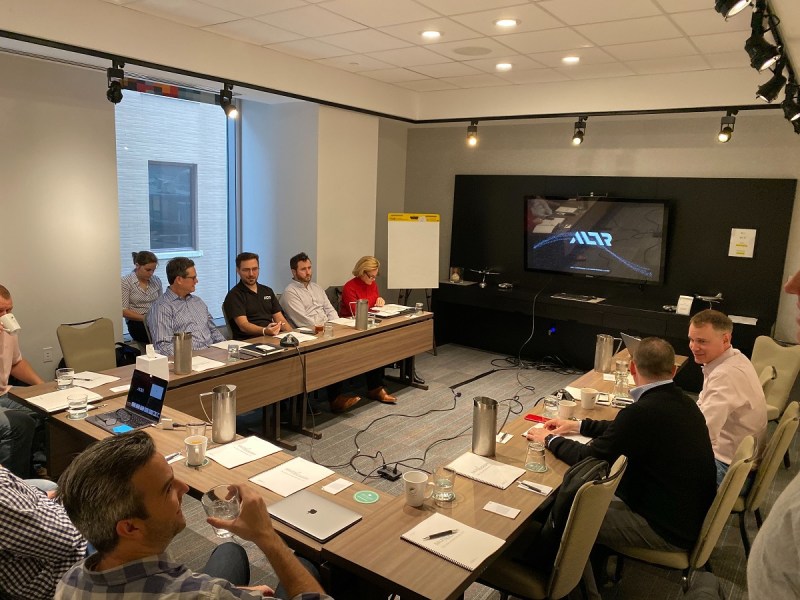 Above: Altr’s team at work

Many industries are re-examining their data-security posture, with 85% of enterprises planning to use a brokered cloud access security solution by the end of this year — up from less than 5% in 2015, according to market researcher Gartner.

Moreover, with a growing body of regulations like the European Union’s General Data Protection Regulation (GDPR) and California Consumer Privacy Act (CCPA), demand is on the rise for security that’s ready to protect data in the cloud age, including servers, storage, databases, networking, applications, and analytics.

Altr has signed Q2eBanking, a publicly traded banking company based in Austin, Texas, as a customer, providing data security for 450 banks. And it has also signed up Frtyl, the San Rafael, California service that links fertility clinics with intended parents seeking to build their families using donated eggs. Frtyl uses Altr to safely store, retrieve, and anonymize sensitive patient data.

Altr said it solves the problem of threats to data security by protecting the data that applications create, store, and share from breaches and intrusion.

Altr recently announced a series of key executive appointments that point to its growth strategy around enterprise-scale customers, including Jim Brzezinski as vice president in charge of the firm’s sales programs and Brian Stoner as vice president for channels and alliances.

Altr has about 55 employees, almost double what it had in 2018. The company has 27 patents issued, and it has applied for more. It has raised $30 million to date from investors including angel John Stafford III, a Chicago trader, investor and trading firm executive; Kevin Gainer, an investor and founder of Efficient Payment Processing (EPP); and Roger Farley, a capital markets entrepreneur and proprietary trader, and fintech analyst.

“Health care and financial services would be our best hunting grounds, given the regulatory requirements and how stringent companies have to be with protecting that data,” Sikora said. “But what we’re finding is demand is across the board.”