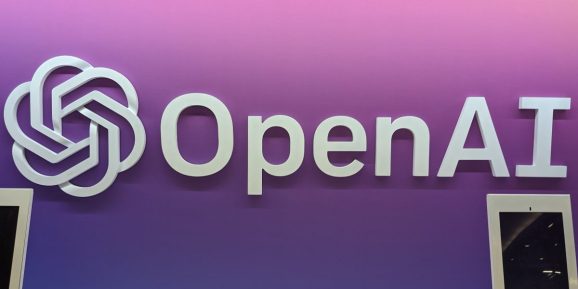 OpenAI released GPT-2 last year, controversially taking a staggered release approach due to fear that the model could be used for malicious purposes. OpenAI was criticized by some for the staggered approach, while others applauded the company for demonstrating a way to carefully release an AI model with the potential for misuse. GPT-3 made its debut with a preprint arXiv paper Thursday, but no release details are provided. An OpenAI spokesperson declined to comment when VentureBeat asked if a full version of GPT-3 will be released or one of seven smaller versions ranging in size from 125 million to 13 billion parameters.

Many advanced Transformer-based models have evolved to achieve human-level performance on a number of natural language tasks. Authors say the Transformer architecture-based approach behind many language model advances in recent years is limited by a need for task-specific data sets and fine-tuning. Instead, GPT-3 is an autoregressive model trained with unsupervised machine learning and focuses on few-shot learning, which supplies a demonstration of a task at inference runtime.

“Here we show that scaling up language models greatly improves task-agnostic, few-shot performance, sometimes even reaching competitiveness with prior state-of-the-art fine-tuning approaches,” the paper reads. “For all tasks, GPT-3 is applied without any gradient updates or fine-tuning, with tasks and few-shot demonstrations specified purely via text interaction with the model.”

“Broadly, on NLP tasks GPT-3 achieves promising results in the zero-shot and one-shot settings, and in the few-shot setting [it] is sometimes competitive with or even occasionally surpasses state-of-the-art (despite state-of-the-art being held by fine-tuned models),” the authors note.

The paper released Thursday examines forms of GPT-3 in varying sizes to assess few-shot learning results, as well as one-shot learning, the kind thought to most closely mimic how humans learn, and zero-shot learning, where only a description of a task is provided at runtime.

Though GPT-3 works well to generate news articles and tasks like using novel words in sentences or performing arithmetic, it can fall short when it comes to common-sense reasoning. On the SuperGLUE benchmark introduced last year specifically to test reasoning and other tasks for advanced NLP models, GPT-3 achieves nearly state-of-the-art results in COPA and ReCoRD reading comprehension data sets, but falls short with word-in-context analysis (WiC) and RACE, a set of middle school and high school exam questions.

“GPT-3 appears to be weak in the few-shot or one-shot setting at some tasks that involve comparing two sentences or snippets, for example, whether a word is used the same way in two sentences (WiC), whether one sentence is a paraphrase of another, or whether one sentence implies another,” the paper reads. “By presenting a broad characterization of GPT-3’s strengths and weaknesses, including these limitations, we hope to stimulate study of few-shot learning in language models and draw attention to where progress is most needed.”

Unlike many other pretrained language models, a preliminary assessment of algorithmic bias found in GPT-3 is also included in the paper. Sentiment analysis of GPT-3 racial bias performance was assessed using the Senti WordNet model and found that “Asian” had a consistently positive score, ranking first in racial groups in positive scores in three of the seven versions of GPT-3. “Black” consistently had low sentiment analysis scores across five of the seven versions of GPT-3.

In an assessment of associations between gender and occupation, GPT-3 demonstrated that it’s most likely to suggest a male identifier, based on analysis of almost 400 occupations. A recent analysis of pretrained language models found race, gender, occupation, and religious bias prevalent among pretrained language models, but researchers found that OpenAI’s GPT-2 demonstrated more idealistic results than others.

GPT-3 is trained on the CommonCrawl data set of nearly a trillion words collected between 2016 and 2019, as well as data sets related to web text, books, and Wikipedia.