Atom Power, creator of one of the first solid-state digital circuit breakers for commercial and industrial applications, has raised $17.8 million in a series B round of funding. Circuit breakers have been a core safety component since the early days of electronics, protecting electrical circuits from excess current by automatically cutting power when a fault is detected. But they have barely changed in that time, which is what Atom Power is now addressing.

Founded in 2014, the Charlotte, North Carolina-based startup is promising to “change how we use electricity forever,” allowing users to seamlessly switch energy sources (e.g. grid to solar power), manage consumption, and eliminate the inherent risks of mechanical circuitry, using semiconductors to control the current flow digitally. While standard electromechanical switches can take a few milliseconds to activate when a current exceeds a safe level, Atom Power’s digital counterpart can work in microseconds — up to 3,000 times faster, it claims, which may prove vital in preventing “arc flashes,” or small explosions caused by short circuits.

Aside from the safety benefits of digital circuit breakers, Atom Power’s technology opens up a host of new possibilities. With no physical switches or moving parts, it’s easier to connect devices like smartphones and tablets and control and manage power remotely. While the circuit breaker can run on its own without connectivity, you can tinker with it manually from anywhere, which may be a major selling point as companies adapt to remote-working setups.

Atom Power features three core products, including the solid-state circuit breaker Atom Switch itself. The switch comes with a number of software-enabled features that allow it to act as a motor controller, including remote control and on/off scheduling. The company said it will apply its technology to the electric vehicle (EV) charging infrastructure market in the future. Then there’s Atom Panel, which houses all the circuit breakers and networks everything together.

Above: Atom Power Switch and Panel

Finally, Atom OS is the web-based application through which users control and change the makeup of their electrical infrastructure, activate or deactivate circuit breakers, rename panels, and more. 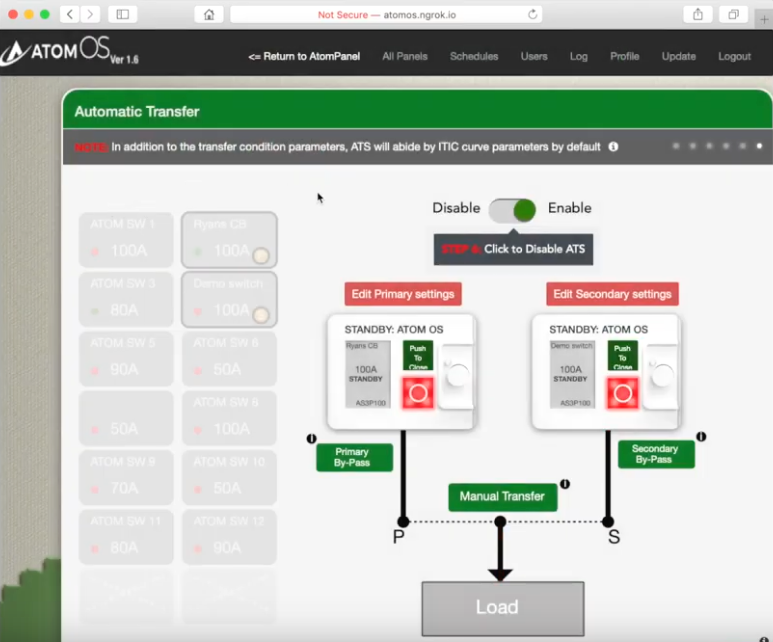 Atom Power had previously raised around $7 million, and with another $17.8 million in the bank it’s now well-financed to “scale its digital power management platform,” with a particular focus on its new offering for EV charging.

The company has nabbed some notable investors, including Valor Equity Partners, which previously invested in the likes of Tesla and SpaceX. Existing investor ABB Technology Ventures, the VC arm of ABB, also joined the round. (ABB is one of the world’s biggest makers of circuit breakers and is already developing a solid-state version of its own.) Private equity investor Atreides Management also participated in the round.