Spin has launched its electric scooter service in Germany — its first international market — as the Ford-owned mobility company touts record growth due to the COVID-19 crisis.

Ford, which acquired San Francisco-based Spin back in 2018 for a reported $100 million, first announced its international expansion plans in February before the global pandemic forced the world into lockdown. The urban transport industry has since been turned on its head, with demand for Uber and other ride-hailing services plummeting and cities around the world reclaiming roads from cars to aid social distancing measures. This shift has given electric bike and scooter companies a boost — just last month Spin rival Lime raised $170 million in a round of funding led by Uber.

Spin, which operates across dozens of U.S. cities, said it has seen a 34% increase in new daily users week-on-week since April, while trip durations have risen by up to 44%. In other words, people appear to be turning to micromobility because public transit services are operating vastly reduced services or to maintain social distancing — or a combination of the two.

From today, Spin’s dockless escooters are officially available in Cologne, Germany, followed by launches in Dortmund and Essen next week. The company has also applied for permits to operate in Paris and Lyon in France and confirmed that it has “submitted proposals” to enter the U.K. market, including in London, Liverpool, Manchester, and Birmingham. 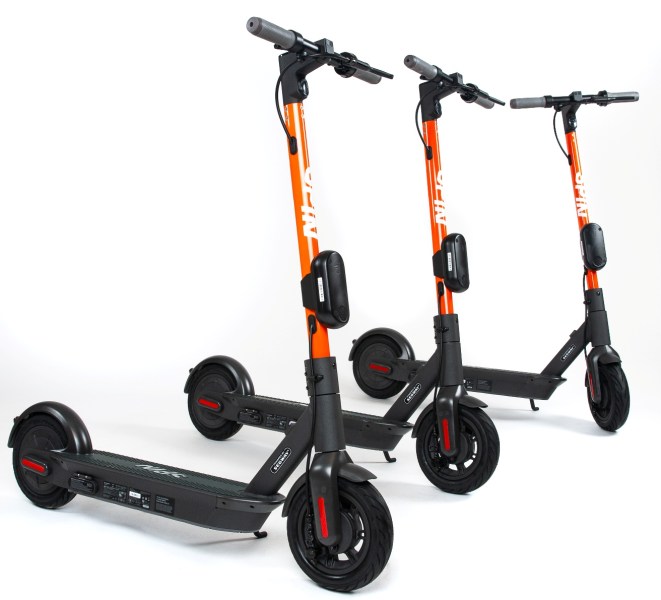 U.K. regulators have rebuffed electric scooter companies seeking to enter the market, and although privately owned escooters are not uncommon across the country they have so far remained illegal. The U.K. government was already mulling plans to launch a public escooter program, but last month it said it would fast-track this effort as a way to help cities transition out of lockdown.

In addition to its European launch, Spin revealed plans to extend its service domestically, with a number of new cities coming next month, including Atlanta, Georgia.

With much of the world easing lockdown measures, ride-hailing companies — including Uber and China’s Didi Chuxing — have said bookings are beginning to recover. However, effects of the pandemic will likely last for some time — if not permanently. Moreover, if a second or third wave of COVID-19 hits cities later this year, as many expect, companies like Spin could find themselves even more in demand.