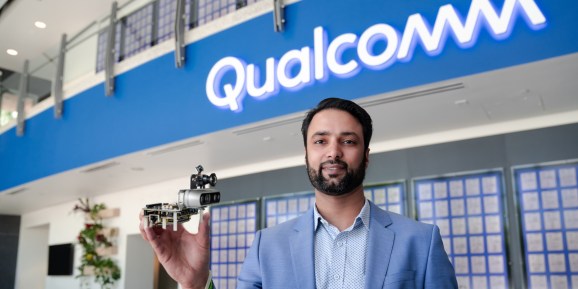 Qualcomm today launched the Robotics 5G Platform, which it claims is the world’s first to support AI acceleration and 5G. It occupies the high end of the chipmaker’s prefab robotics solutions and is designed to enable things like machine learning, heterogeneous computing, and computer vision while withstanding “industrial-grade” temperatures and incorporating security “at every layer.”

Stakeholders like Qualcomm believe AI is moving to the edge. TrendForce predicts the edge computing segment of products will grow by a compound annual growth rate of more than 30% from 2018 to 2022. According to Forrester, the edge cloud service market will expand by at least 50% in 2020 as providers deliver new infrastructure-as-a-service and cloud-native programming products on distributed devices.

“[W]ith billions of connected [devices communicating] and the massive amount of data that’s being enabled, robotics is one of the beneficiaries [of 5G and AI] — it’s going to benefit from these technologies,” Qualcomm senior director Dev Singh told VentureBeat in a phone interview. “We think that [5G and AI] are going to be really, really elementary for future robotics.”

Qualcomm is tapping into the trend with the RB5 Platform, which builds on the RB3 Platform launched early last year. Like the RB3, the RB5 comprises a set of hardware, software, and development tools for consumer, enterprise, defense, industrial, and professional use cases. 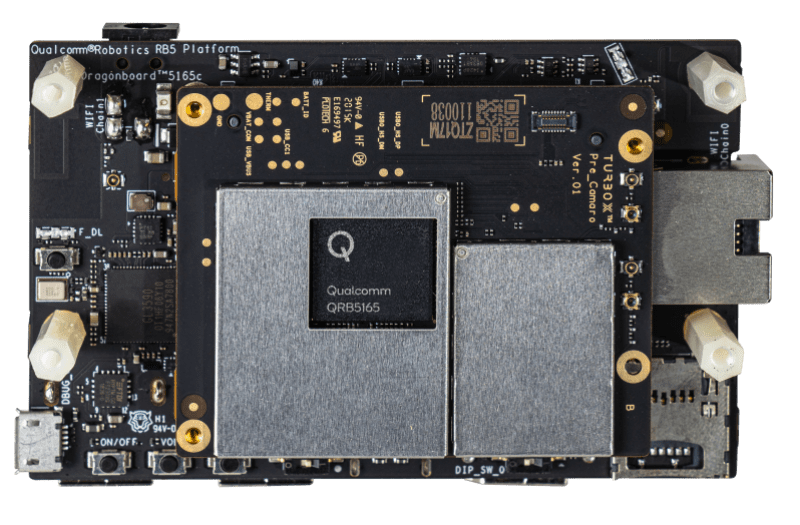 “[5G] is going to drive the [next] industrial revolution — it’s going to be the connectivity fabric for the factory of the future,” Singh said. “5G is the first wireless technology that can handle the latency of real time … and it brings in things that replace a lot of the traditional communication protocols. 4G can do a lot, but it’s not as reliable — you can have failures, for example link failures. 5G delivers more bang for your buck, especially for mission-critical services.”

According to Qualcomm, the QRB5165 — along with the fifth-gen AI Engine — delivers up to 15 TOPS of AI performance (TOPs refers to tera operations per second). That’s compared with the RB3’s 3 TOPS.

Commercial products based on the RB5 Platform are expected to arrive in 2020, but a development kit is available for purchase now from Thundercomm. (Customers will be able to opt for extended lifecycle support until 2029.) Qualcomm says over 20 early adopters are in the process of evaluating the platform and more than 30 of the company’s ecosystem partners are developing support hardware and software to enable robotics applications. Partners include AirMap, Fractal.ai, Canonical, and ModalAI.

“The key things for a robot — the key elements of a robot — are sensing, thinking, acting, and communicating. This platform puts all of them together,” said Singh, noting that Qualcomm’s robotics offerings are already powering millions of robots from companies like iRobot, Sony, and LG. “We all know that robotics is going to be a major part of [segments like] autonomous delivery and autonomous management of mission-critical activities. We’re very, very excited about this, and we are doubling down on the market.”