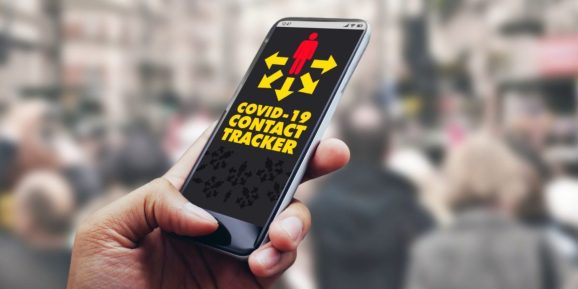 With coronavirus cases on the decline in most European nations, countries have been gradually rolling out their contact tracing apps in the hopes of avoiding a second wave of cases that require extensive economic lockdowns. While the introduction of the apps has gone relatively smoothly in countries such as Germany, France, and Italy, the United Kingdom is another story.

The U.K. government announced on June 18 that it had decided to ditch the app it had been developing, which also had adopted the centralized approach. The government said it made the decision after a pilot of the app on the Isle of Wight revealed problems. It’s now targeting autumn to release its app.

Even in the early stages of tracking apps, some issues have already emerged. This week, EU Commission vice president Margrethe Vestager warned that the divergent approach France is taking would make it hard for its app to sync with the apps other countries are developing. “It’s somewhat more tricky to develop the technical standards for interoperability between decentralized systems, as I think will be the general rule, and the centralized system that France has been aiming for,” Vestager told the French parliament.

The issue of interoperability has come to the forefront as European countries have begun opening their borders for travel. While such trips are still quite limited, they are expected to increase this summer. And as such, EU leaders are anxious to track any potential outbreaks across borders.

This week the European Commission announced that member states had adopted a set of technical specifications that would let data be exchanged between different contact tracing apps. But it only works with apps that use a decentralized architecture.

The COVID-19 app France released uses a centralized system that collects data on a remote server and performs potential matching there. During its first eight days, the app had a reported 1 million downloads.

While privacy advocates have criticized this approach, French officials have insisted that controlling the data would give them more insight into the virus while also protecting its national sovereignty. The French government has been particularly frustrated with the move by Apple and Google to develop a decentralized standard that keeps data on smartphones and performs any potential matching on those same devices. French politicians felt such decisions should be made by governments, but most other governments so far have opted for the decentralized standard.

That includes Germany, which early on considered the centralized approach, then quickly pivoted to the decentralized one. Germany released its app on June 16, reportedly seeing 10 million downloads in three days. In addition to Germany, similar decentralized apps have now launched in:

While it’s too soon to judge what kind of impact the apps will have, these initial projects offer a crucial test for the technologies being used to power them. Given the expectation that pandemics may become a periodic feature of modern life due to globalization and climate change, this first generation of apps represents a critical experiment for the role technology could play in battling future outbreaks.