The COVID-19 pandemic has naturally made venture capitalists more cautious. Pitchbook analysts estimate that in the first quarter of 2020, the number of venture deals made in the 10 largest countries in Europe almost halved compared to the same period in 2019, from 1363 to 692, although the total investment by VCs grew by 8%.

These figures suggest that investors continue to make large investments but have reduced the number of medium and small transactions that are characteristic of early-stage companies. However, this situation is not unique to Europe. The lack of funding for early startups has been  observed all over the world. According to Crunchbase, in the first four months of 2020, global seed investment fell by 32%, while investment in the early stages fell by 26%.

So it is not surprising to hear that two-thirds of startups say they might not make it to September. 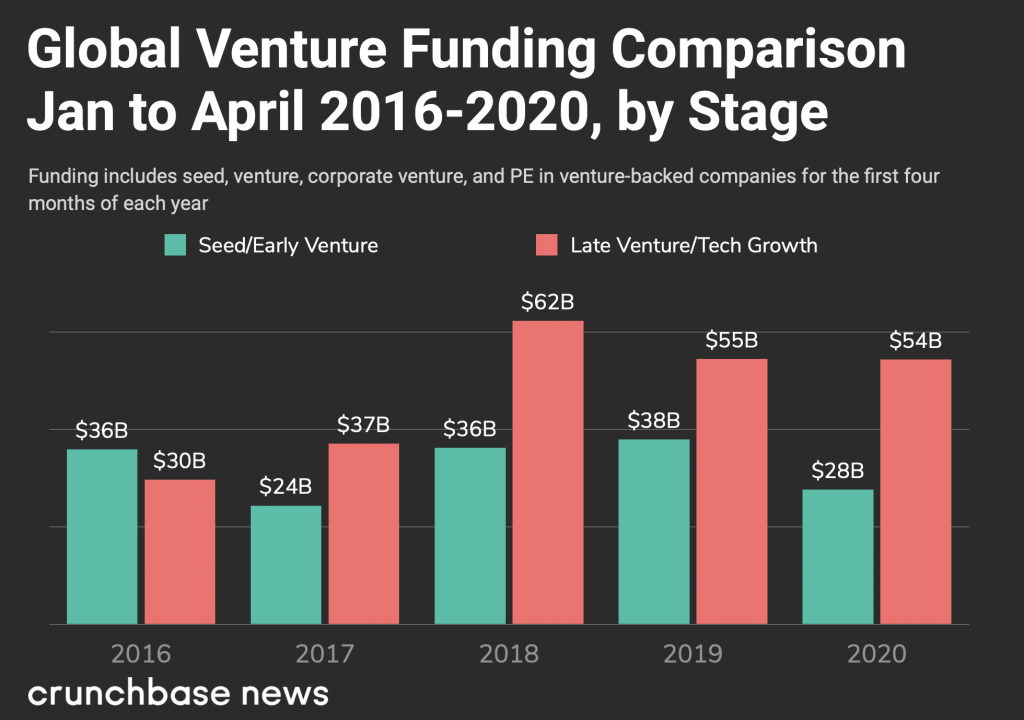 Trying to save their businesses, startup founders are actively looking for alternative ways to raise funds. To speed up and simplify the transaction process, many have chosen the simple and affordable tool SAFE, which stands for Simple Agreement for Future Equity. However, the dominance of SAFE deals may lead to a market collapse in the next year or two, as venture capital funds will begin to deny startups massive funding in the next rounds. To understand why such a scenario is very likely to happen, let’s look in detail at how SAFE works.

Two sides of one SAFE

Today we see a significant increase of interest in SAFE transactions as part of pre-seed or seed investments in Europe. This format was invented several years ago at Y Combinator. In essence, SAFE is a subscription to owning shares at a price that will be determined in the future. In the UK, a similar transaction format is called ASA, or Advanced Subscription Agreement, and such a deal structure can result in tax relief.

Attracting SAFE investments is much easier than negotiating equity investments, that is, taking an investor in a company through the purchase of a stake. Transactions with shares require lengthy preparation, negotiations, legal support, and — in what causes the most disputes between the parties — the company’s valuation. In order to conclude SAFE deals safely, participants need to basically agree only on two conditions — discount and valuation cap. The first indicator sets the minimum return on entry of other investors in the future, and the second sets the maximum entry price if the startup’s valuation takes off.

A huge plus of SAFEs for startup founders is that they are the only tool that does not give investors any opportunity to influence the company. Investors can participate in business management as part of equity acquisitions, and in the case of a convertible note even file a bankruptcy lawsuit, but by concluding a SAFE deal, they can only patiently wait for the next round of investments when the company’s valuation is agreed upon. Therefore, it is not surprising that many founders are thinking of pursuing SAFE investments.

But what is good today can lead to unpleasant consequences in a year and a half: The conclusion of SAFE-transactions erodes the shares of the founders.

A company enters into a $1 million SAFE deal with a 20% discount and a cap limit of $9 million, and then decides to attract a $3 million seed investment from a venture fund.

The second option is certainly better, but not all startups will be positioned with that kind of valuation coming into their seed VC round.

The situation is more complicated if the startup attracted several SAFE investors on different conditions. Independently calculating their share after the evaluation round becomes an overwhelming task for many founders.

What awaits the startup market in the next stage

Today we are seeing more and more SAFE deals on the A round, as a result of which founders are left with less than 50% of their companies.

The dilution of the founders’ share is a serious problem, both for themselves and for venture capital funds, which are considering the possibility of investing in the company during the next stages. With each round, the share of founders will become smaller and smaller, and it is likely that they will begin to lose motivation for developing the business. As a result, the founders will try to sell the company as soon as possible, which isn’t the best exit strategy. Venture funds understand this and try not to invest in such companies. This means that startups with many SAFE investors have very sad prospects, regardless of how successfully they overcome the current crisis. Many could find themselves in a type of Catch-22 situation, which is a “lose/lose” proposition, rather than the “win/win” everyone would much prefer.

It’s important that early investors understand the risky side of SAFE investments: The probability of making money on such transactions is very small. On the one hand, SAFEs do not give up leverage over the company, whereas if a VC is strongly interested in a startup, it can exert significant control.

However, all risks can be minimized, and SAFE investments are no exception.

How to use SAFE wisely

A SAFE deal can be helpful for quickly overcoming the current crisis, but only if you proceed carefully in the medium term.

First, it is better to offer the same conditions to all SAFE investors. This will help you avoid future difficulties in determining shares in the company.

Second, it is often more profitable for a founder to initiate one SAFE with a slightly overestimated estimate and look for investors who agree with it. For example, if the company is now valued at $5 million, you can put the SAFE value at $6 to 8 million. This will create the conditions for new investors when the valuation actually reaches the declared values. At an early stage, investors buy the future, not the present.

Third, SAFEs are excellent for attracting funds from investors that are unlikely to help in the development of the company, such as attracting customers or becoming mentors for founders, and whose impact on the business should be minimized.

Don’t sign a SAFE contract before thinking through the ramifications. Collapse in the startup market can be avoided, but only if both founders and investors have an understanding of investment instruments and all of their implications.

Vlad Tropko is managing director at Digital Horizon, where he is responsible for European investments, including Bnext, Cuvva, and Mel Science.