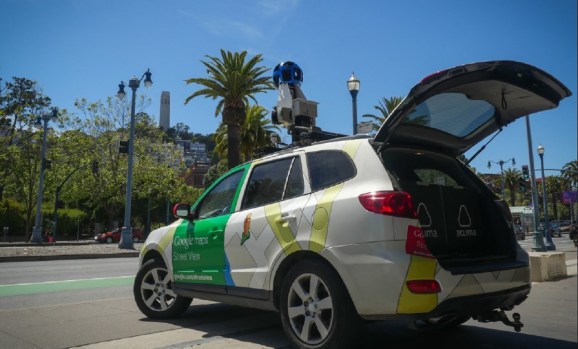 Aclima and Google are releasing a massive set of data on air quality and pollution, and they’re making it freely available to the scientific community.

The data could prove invaluable for scientists to study pollution on a granular level, as it shows block-by-block pollution levels over time in some big cities in California. Aclima CEO Davida Herzl said that over the course of four years, the two companies have aggregated more than 42 million hyperlocal air quality measurements throughout California.

Herzl made the announcement in a talk dubbed “Carbon, Pollution, and the Current Pandemic” at Collision from Home on Thursday. Aclima has been collecting data in partnership with Google since 2015. Google integrated Aclima’s sensing and analytics platform into Google Street View vehicles, which measured air pollutant and greenhouse gas levels in the San Francisco Bay Area, Los Angeles, and the California Central Valley over the course of four years. They also set up fixed sensors throughout some cities in California.

The tech delivers a block-by-block view of air pollution that can aid in the identification of pollution sources and suggest methods to reduce emissions at scale. Pollutants analyzed include carbon dioxide (CO2), ozone (O3), nitrogen dioxide (NO2), nitric oxide (NO), methane (CH4), black carbon (BC), and fine particulate matter.

The company recently used the sensors to measure the air pollution in San Diego, California, before and during the pandemic. As might be expected, there was a 33% drop in some pollution, such as black carbon concentrations (often from diesel fuel), according to Aclima.

With this data, Aclima and Google aim to support research in fields that can benefit from and be advanced by high-quality air pollution and greenhouse gas data measured at this spatial resolution. Aclima and Google previously released selections from the larger hyperlocal air quality dataset to more than 150 researchers. For example, earlier this year, CalTrans awarded a grant to Antonio Bento, a professor at the USC School of Public Policy, to combine the Los Angeles subset of this research data with Performance Measurement System (PeMS) data to estimate the environmental benefits of congestion pricing.

In parallel to this research-centered initiative, Aclima has been scaling up its own fleet and software platforms to encourage the broad use of hyperlocal data across government, communities, and businesses to accelerate climate action. The company has announced major new customers this year, including the Bay Area Air Quality Management District, which has subscribed to Aclima’s hyperlocal air quality data for the entire nine-county region, and the San Diego County Air Pollution Control District, which aims to support portside and border communities.