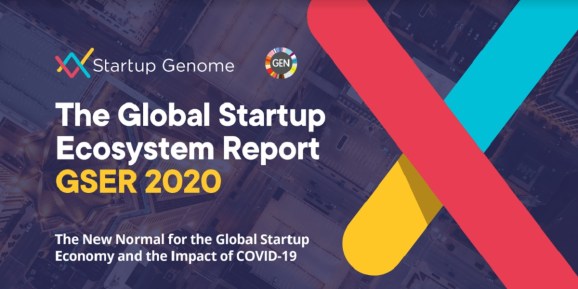 The tech world used to be synonymous with Silicon Valley. But while the region still dominates, technology ecosystems have spread around the world, and Asia-Pacific is coming on strong, according to research by Startup Genome. The story is decades in the making, but Startup Genome’s data illustrates the democratization of tech ecosystems, or regions with a lot of tech startups and the infrastructure to make them viable.

This democratization is most evident in Asia-Pacific, which now boasts 30% of the world’s tech ecosystems, compared to just 20% in 2012. On top of that, in 2013 only four ecosystems produced unicorns (startups with billion-dollar exits). Today, more than 80 ecosystems have done so. These ecosystems are huge contributors to economic prosperity. All told, the global startup economy is valued at nearly $3 trillion, a figure on par with a top G7 nation. Silicon Valley’s tech ecosystem is valued at $677 billion, compared to $92 billion for London and $47 billion for Tel Aviv.

Seven of the top 10 companies in the world are in technology, and 2019 saw close to $300 billion in venture capital investments across the globe, Startup Genome said. Among the top ecosystems, Seoul and Tokyo have ascended to the top 20. Washington, D.C. saw the largest gain, jumping eight positions, and Seattle and Amsterdam-Delta both advanced three positions. Berlin and Bangalore had the most substantial drops but stayed within the top 30. China has four cities in the top 30: Beijing, Shanghai, Shenzhen, and Hangzhou. Sydney and Melbourne are runner-ups.

But the current economic downturn brings huge challenges, on top of systematic inequalities already in place. Only 14.1% of founders are women. And 74% of all value produced is concentrated in just 10 of the top cities. Since COVID-19, 60% of startups have reduced salaries or laid off staff. Startups that have laid off employees have cut about 33% of their staff, on average. Overall, 71% of startups have reduced expenses in some form. And four of every 10 startups have only enough cash to last three months or less. Startup Genome warned the pandemic could trigger a “mass extinction event.”

Demand for goods is also affected, with 72% of startups seeing decreased revenue since the start of the crisis, and the average startup reporting a 32% decline in revenue. The report found almost 40% of companies have had revenue drop by 40% or more during the pandemic. But the tech economy will be crucial for economic recovery, as net new job creation typically comes from young companies. Startup Genome also noted that more than 50 unicorns were created in the Great Recession of 2008.