[Editor’s note: This story was updated June 3, 2020. The changes are clearly marked below.]

Back in December, when AWS launched its new machine learning IDE, SageMaker Studio, we wrote up a “hot-off-the-presses” review. At the time, we felt the platform fell short, but we promised to publish an update after working with AWS to get more familiar with the new capabilities. This is that update.

Pain points and solutions in the machine learning pipeline

When Amazon launched SageMaker Studio, they made clear the pain points they were aiming to solve: “The machine learning development workflow is still very iterative, and is challenging for developers to manage due to the relative immaturity of ML tooling.” The machine learning workflow — from data ingestion, feature engineering, and model selection to debugging, deployment, monitoring, and maintenance, along with all the steps in between — can be like trying to tame a wild animal.

To solve this challenge, big tech companies have built their own machine learning and big data platforms for their data scientists to use: Uber has Michelangelo, Facebook (and likely Instagram and WhatsApp) has FBLearner flow, Google has TFX, and Netflix has both Metaflow and Polynote (the latter has been open sourced). For smaller organizations that cannot roll out their own infrastructure, a number of players have emerged in proprietary and productized form, as evidenced by Gartner’s Magic Quadrant for Data Science and Machine Learning Platforms: 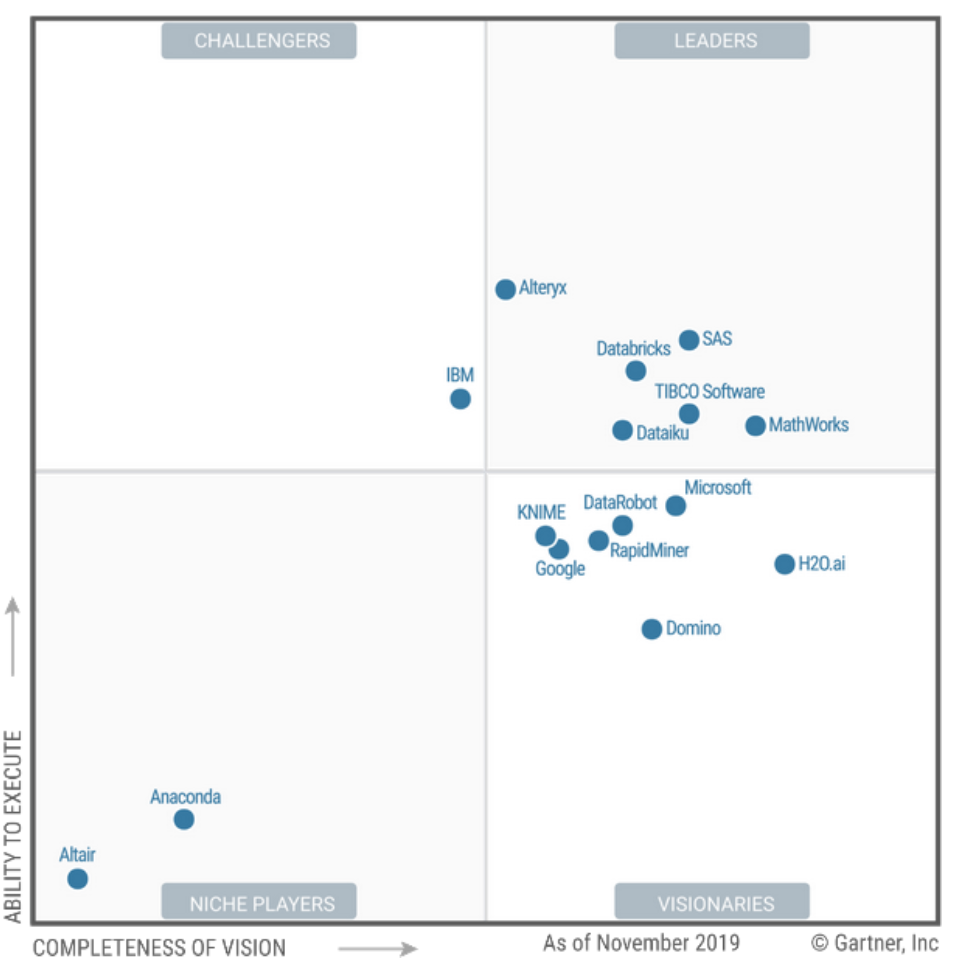 These include platforms like Microsoft Azure, H20, DataRobot, and Google Cloud Platform (to name a few). These platforms are intended for data scientists and adjacent roles, such as data engineers and ML engineers, and span all types of data work, from data cleaning, wrangling, and visualization, to machine learning. Amazon SageMaker Studio was the latest to join this fray.

So what does Sagemaker Studio offer? According to Amazon, “SageMaker [including Studio] is a fully managed service that removes the heavy lifting from each step of the machine learning process.” The tools are impressive and do remove several aspects of the heavy lifting:

These capabilities are impressive and do remove some of the heavy lifting associated with building, deploying, maintaining, and monitoring machine learning models in production. But do they collectively reduce all the grunt work, hacking, and iterative cycles that comprise much of the work of ML data scientists?

Does SageMaker Studio deliver on its promise?

In contrast to data science platforms such as DataRobot and H20.ai, SageMaker takes a more “training wheels off” approach. It’s biggest proponents have mostly been either data scientists who have serious software engineering chops, or teams that have DevOps, engineering, infrastructural, and data science talent. Another way to frame the question is: Does SageMaker Studio allow lone data scientists with less engineering background to productively enter the space of building ML models on Amazon? After spending days with Studio, we think the answer is no. As noted above, the tools are powerful but, as with so much of AWS, the chaos of the documentation (or lack thereof) and the woefully difficult UX/UI (to compare ML experiments, click through to experiments tab, highlight multiple experiments, control-shift something something without any clear indication in the UI itself) mean the overhead of using products that are still actively evolving is too high.

This is why AWS hosts so many workshops, with and without breakout sessions, chalk talks, webinars, and events such as re:Invent. All parts of SageMaker Studio require external help and constant hacking away. For example, there’s a notebook with an xgboost example that we were able to replicate, but after searching for documentation, we still couldn’t figure out how to get scikit-learn (a wildly popular ML learning package) up and running. When, in preparation for writing this piece, we emailed our contact at Amazon to ask for directions to relevant documentation, they explained that the product is still “in preview.” (Update: since our initial exploration of SageMaker, AWS has been busy adding features. They now have more documentation and sample notebooks for scikit-learn in Sagemaker.) The best products teach you how to use them without the need for additional seminars. Data scientists (and technical professionals in general) greatly prefer to get started with a good tutorial rather than wait for a seminar to come through town.

SageMaker Studio is a step in the right direction, but it has a ways to go to fulfill its promise.  There’s a reason it isn’t in the Gartner Magic Quadrant for Data Science and Machine Learning Platforms. (Correction: The Gartner Magic Quadrant was published November of 2019 and Sagemaker Studio was only released December of 2019 and would not have been included.  AWS is a leader in the Gartner Magic Quadrant for Cloud AI Developer Services.) Like AWS, it still requires serious developer chops and software engineering skills and it’s still a long way from making data scientists themselves production ready and meeting them where they are. The real (unmet) potential of SageMaker Studio and the new features of SageMaker lie in efficiency gains and cost reductions for both data scientists who are already comfortable with DevOps and teams that already have strong software engineering capabilities.

Hugo Bowne-Anderson is Head of Data Science Evangelism and VP of Marketing at Coiled. Previously, he was a data scientist at DataCamp, and has taught data science topics at Yale University and Cold Spring Harbor Laboratory, conferences such as SciPy, PyCon, and ODSC, and with organizations such as Data Carpentry.

Tianhui Michael Li is president at Pragmatic Institute and the founder and president of The Data Incubator, a data science training and placement firm. Previously, he headed monetization data science at Foursquare and has worked at Google, Andreessen Horowitz, J.P. Morgan, and D.E. Shaw.