Uber is doubling down on its “deliver anything” ethos with the news that it’s vastly expanding its grocery delivery business. The company announced today that it’s integrating its platform with Cornershop, an on-demand grocery delivery platform that operates in Latin America, Canada, and — soon — the U.S.

Uber announced plans to acquire a majority stake in Cornershop last October, and although the deal was supposed to clear all regulatory hurdles in early 2020 this has yet to happen — which may be why Uber called this integration a “partnership” during an online briefing with journalists yesterday. However, Uber did say it expects the deal to close outside of Mexico “in the coming days,” and the duo is continuing to work with the competition authority in Mexico, where Cornershop is headquartered.

With the ride-hailing industry hit hard by the pandemic, Uber has been putting more resources into other areas of its business, including Uber Eats. It also recently unveiled a new service called Uber Connect, which repositions its platform as a courier service that allows people to transport just about any item. Yesterday, Uber confirmed it is also buying on-demand delivery giant Postmates for a cool $2.65 billion.

Grocery deliveries aren’t an entirely new vertical for Uber. Back in 2014, the company piloted a short-lived “corner store” program in some U.S. markets, allowing users to order convenience store goods such as diapers and toothpaste directly through the Uber app. But the San Francisco-based company has been slowly building up steam in the grocery realm over the past year, striking partnerships with local chains in the U.K. and Australia. Over the past few months, Uber has inked similar deals with grocery outlets in France, Spain, Brazil, and elsewhere.

These grocery delivery “experiments,” as Uber calls them, have taken place in Uber Eats and included more than 9,500 merchants across 30 countries, with a reported 176% increase in grocery orders since February. With the Cornershop integration, Uber is now positioning grocery deliveries front and center in both the main Uber and Uber Eats apps, with a dedicated grocery tab that allows users to shop at Cornershop’s partner grocery stores in 19 cities across Brazil, Chile, Peru, Colombia, and Canada. 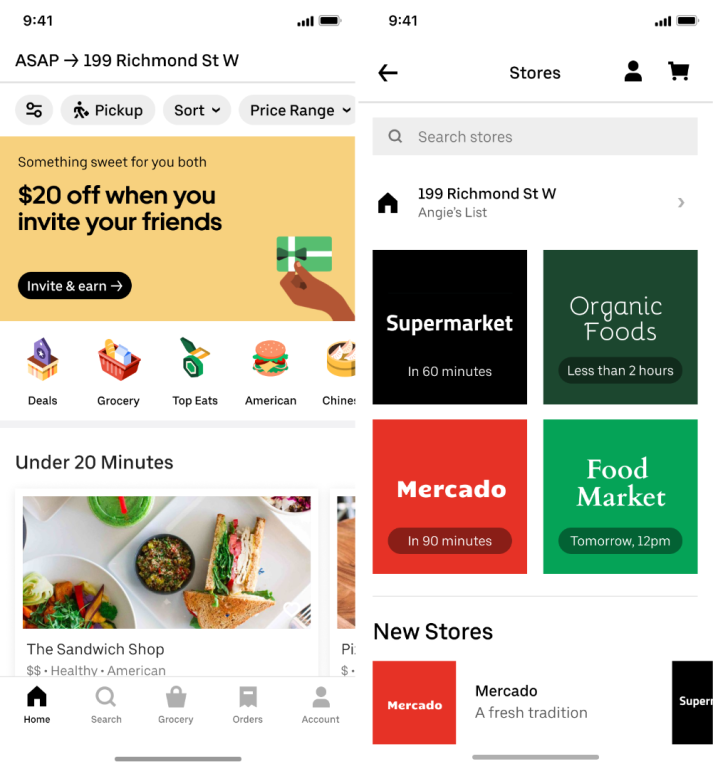 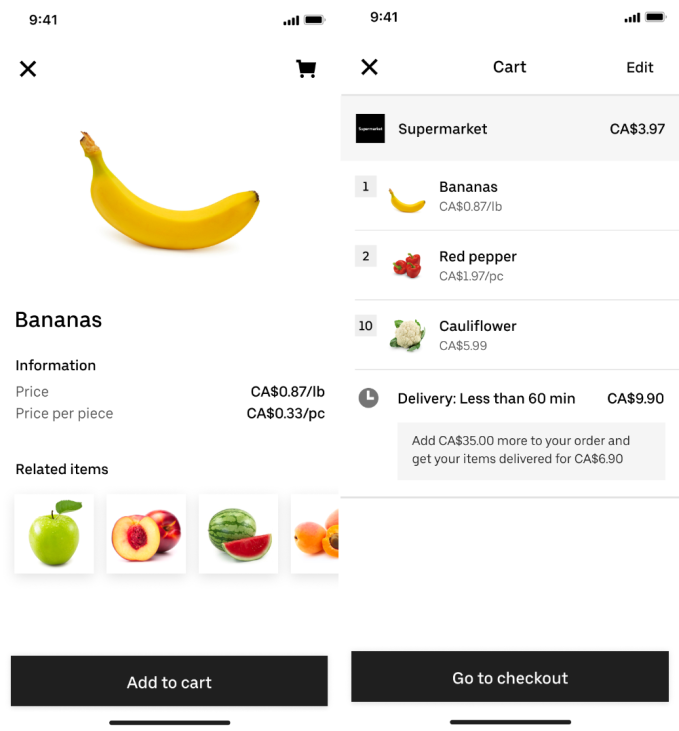 Above: Placing a grocery order through the Uber app

It’s worth noting that Cornershop soft-launched in its first U.S. markets — Miami and Dallas — back in May. This provides a big clue as to where Uber will be bringing grocery deliveries once Cornershop has fine-tuned and localized the service.

“I can say that our ‘launches’ in Florida and Texas are very much at the bare minimum of operations, just to tweak the model, figure everything out, make sure the product is working correctly, and make sure that the payment methods that shoppers use in-store [are] working correctly,” Cornershop cofounder and CEO Oskar Hjertonsson said during the press call yesterday. “So [there are] a lot of things in each country, and in this case in each state, that are quite particular to this model. We’re still a few weeks from launching in a bigger fashion [in Miami and Dallas].”

Founded in 2015, Cornershop is similar to other on-demand delivery services, like Instacart and Postmates, in that anyone can sign up to become a Cornershop “shopper” and driver. However, this doesn’t mean existing Uber drivers will automatically be able to deliver groceries — they still have to sign up and go through Cornershop’s vetting process. Uber and Cornershop are being kept as distinct brands for now, though that could perhaps change in the future.

In terms of longer-term goals, Uber’s Postmates acquisition, its integration with Cornershop, and its other recent “experiments” suggest food and grocery deliveries will be a major focus for the company moving forward — in the Americas and elsewhere. The company said it plans to “roll out improvements to the grocery experience for shoppers and merchants alike globally,” throughout this summer and beyond.