ProteanTecs, which provides an AI platform to monitor chip reliability, today closed a $45 million funding round. The company says the fresh capital will bolster its go-to-market strategy and operations as it seeks to scale worldwide.

Chip design and manufacturing is a high-risk, high-reward pursuit. Mistakes made during the earliest phases are often enormously costly — chip fabrication plants cost billions to build. And the most sophisticated hardware can take years to hammer out, with intense speculation about how to optimize the next generation for workloads that might come into vogue.

Founded in 2017 by former Mellanox cofounders, ProteanTecs offers a telemetry platform that applies analytics to data generated by “on-chip agents” (tiny semiconductor cores). During chip ideation, ProteanTecs models hundreds of possible manufacturing variants for each potential chip, providing insights into a given chip’s performance, power, frequency, area, and parametric yields. The platform embeds agents to cover a chip’s profiling, health, and performance, and prior to chip mass-production it produces and uploads design simulations across hundreds of variants before processing them with AI algorithms.

After the chips make their way into PCs, servers, cars, smartphones, and more, ProteanTecs applies analytics to agent readouts to trigger critical alerts. Day-to-day, the platform highlights possible hardware failures and issues within the system, environment, and device, attempting to pinpoint the source. By classifying chips into “families” — groups of chips with similar behavior — ProteanTecs seeks to maintain baselines across voltage, temperature, and form factor variations. The company claims to measure billions of variables in parallel to gauge chip performance and degradation patterns stemming from aging, latent defects that develop over time, and workload effects. 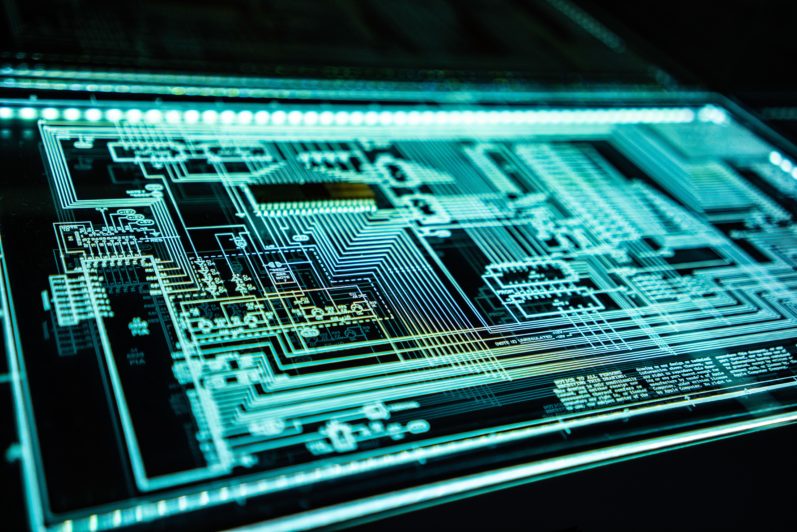 Applying AI to chip design and performance monitoring isn’t entirely novel. In a preprint paper coauthored by Google AI lead Jeff Dean, scientists at Google Research and the Google chip implementation and infrastructure team describe a learning-based approach to chip design that can improve over time, becoming better at generating architectures for unseen components. They claim it completes designs in under six hours, on average, significantly faster than the weeks it takes human experts in the loop.

Beyond Google, Moortec is developing in-chip monitoring telemetry and analytics technologies it claims are significantly more accurate than existing solutions. The company’s latest product — a DTS sensing fabric — enables real-time thermal analysis on-chip with the ability to sense within processor cores themselves. Moortec says it began shipping to customers in the telecommunications and consumer electronics domain in early 2020.

But ProteanTecs claims its approach is generalizable to nearly any type of chip in the over $9.85 billion silicon wafer market. Customers include “some of the largest” electronics vendors in datacenter, cloud, AI, and communications segments, some of whom are developing silicon at “high volumes” in single-digit process technologies.

“Mass datacenter outages and car recalls, that we as consumers seldom hear about, are only the tip of the iceberg that make it to the front-page news. What’s hidden below the surface is an industry trying to cope with scale and technological complexities using processes that can no longer provide full coverage,” ProteanTecs cofounder and COO Roni Ashuri told VentureBeat via email. “So you’re left with an ecosystem built on precautions, redundancies, and investigations. And that’s not economically scalable. What we’re offering is a data-driven approach, to be precise — deep data. Advanced machine learning analytics based on chip telemetry can finally align the value chain around a common thread of data and that provides endless possibilities for visibility. At the end of the day, we’re all paying the price for inefficient workflows and inflated costs.”

This latest funding round brings ProteanTecs’ total raised to nearly $100 million, following a $35 million series B in April 2019. Koch Disruptive Technologies led the round, with participation from Valor Equity Partners, Atreides Management, and existing backers. ProteanTecs has offices in Israel, New Jersey, and California.