One of Apple’s most popular MacBook features, the MagSafe magnetic charging connector, saved countless laptops from hitting the floor before being replaced by smaller USB-C plugs. Now Apple is officially bringing back the MagSafe name for a different set of devices — the latest iPhones — but with a greater focus on convenience than safety, a change that will fan the flames of interest in effortlessly simple magnetic tabletop and car chargers.

Though MagSafe faded out of Apple’s MacBook lineup in 2016, the company never abandoned the concept of magnetically attached charging connectors, using larger but simpler white plastic pucks to charge Apple Watches. Since the wearables only come off users’ wrists once per day, the idea was to make refueling effortless — drop and go — so users wouldn’t even think about the two-hour charging times required for their little batteries or have to struggle with pulling their watches out of charging docks at the beginning of any day. In essence, Apple has used low-friction charging solutions as a means to offset small device battery sizes, hoping that users will complain less about recharging if it’s easy and quick.

Beyond working with MagSafe hardware inside the new iPhones, the Charger will be compatible with $49 clear and silicone cases that use hidden magnets to ensure alignment, as well as with a $59 Leather Wallet attachment that holds cards inside. Additionally, a MagSafe Duo Charger will be available to support simultaneous iPhone and Apple Watch charging, apparently after the initial slate of accessories launches. Designed for portability, it folds out into two charging surfaces with a single wall charging cable, and as of press time, does not yet have a price tag. 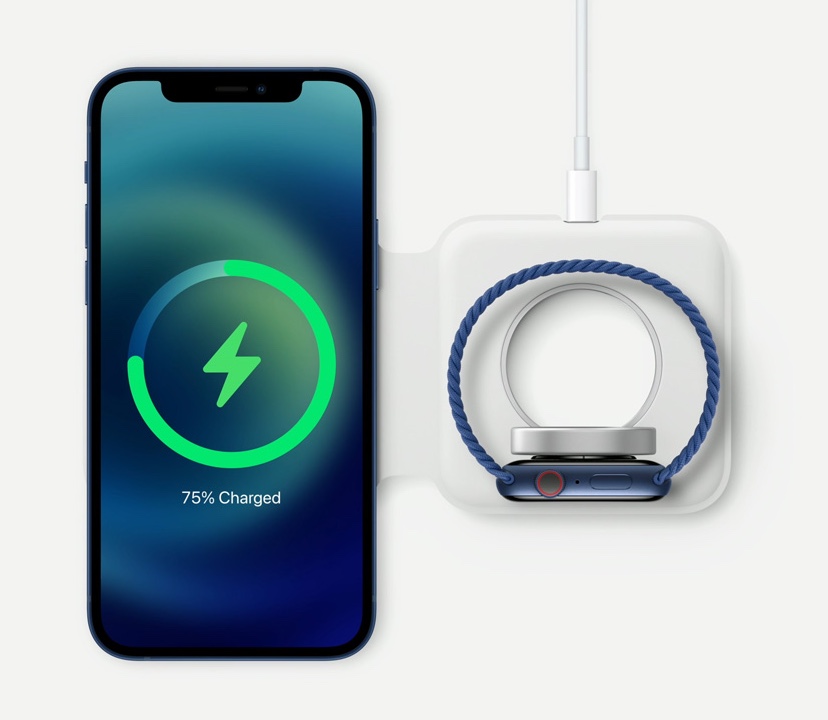 Third parties have created iPhone-ready magnetic accessories for home, office, and car charging, but few have gained traction compared with official Apple solutions. Apple maintained patents on the original MagSafe to scare rivals away from cloning the connector outright, but says that it’s licensing MagSafe to third-party developers such as Belkin, enabling them to make car vent and desktop chargers based on the technology. Through both first- and third-party products, MagSafe could inspire a new level of interest in magnetic power solutions, both for Apple users and the mobile industry as a whole.