In just the past 12 months, over $2.2 billion has been funneled into tech companies building workflow automation solutions. This isn’t a bubble. It’s a balloon.

Hot technology companies like Slack ($14.5 billion market cap), Calendly ($60 million ARR), Docusign ($36 billion market cap), GitHub (bought by Microsoft for $7.5 billion), and Airtable ($185 million Series D), all have built-in workflow builders that range from simplified code to low code to graphical no-code. All it takes is a matter of minutes plugging X to Y to Z.

The massive adoption of workflows by Big Tech is leaning toward a process revolution that has the tingling feeling of Marc Andreesen’s Why Software is Eating the World. That WSJ article (skip paywall here) was published almost a decade ago. Things have changed.

We are seeing a new evolution of technology. In fact, this one started a few years ago. Bitcoin, which started up in 2009, and the subsequent blockchain boom was essentially the beginnings of the workflow automation movement. A Bitcoin workflow might look like this in written form:

Automation used to mean robotics and manufacturing. Then came algorithms in code similar to the blockchain example above. Then general artificial intelligence or AI in software. Now? It’s all about the workflow. But what is a workflow exactly?

A modern “workflow” is a process of repeatable steps laid out by a graphical or code-based interface allowing for a sequence in order to produce an intended result.

You can think about this in terms of a train. The workflow is the train in its entirety. The sequential steps are the cars of the train. Each individual car could be an integration or action. The front of the train is the beginning. The last car is the intended result.

The workflow’s job is to easily lay out the steps you need to do in order to complete a process. Because this process automates human tasks, it reduces administrative work, which leads to happier, more productive employees.

According to market research firm IDC, companies lose 20 to 30% in revenue every year due to inefficiencies. So why not find ways to automate and improve efficiency in the most common business transactions? Let’s start with the always desired Inbox Zero and daily calendar and communication actions. 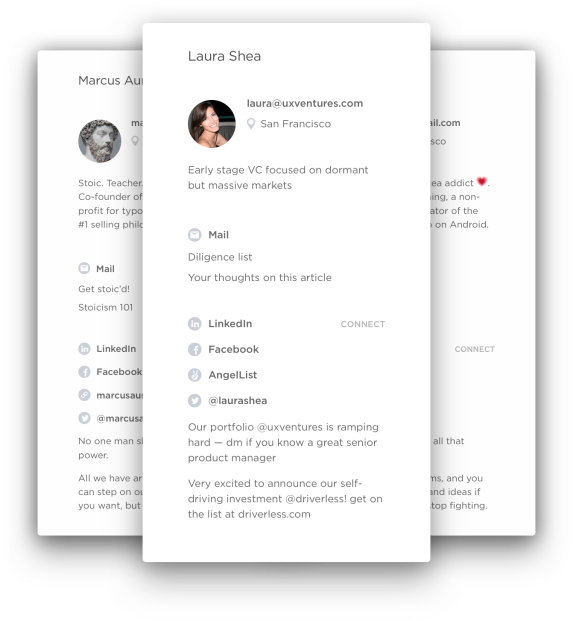 One Silicon Valley darling, Superhuman, weaves social insights into your daily email workflow. By integrating LinkedIn, Facebook, and Twitter, it lets you see what people look like, where they’re based, and what they do. It automatically suggests ways to break the ice, topics to bond over, and reasons to get back in touch, allowing you to be astute, personal, and effective with your peers.

And now’s the time to act when it comes to email. While roughly 306.4 billion emails were sent and received each day in 2020, the figure is expected to increase to over 361.6 billion daily mails in 2024. The digital world is only going to demand more attention.

Then there’s the complexity of managing your calendar.

A recent example is Calendly’s new workflow feature, which lets you send event reminders by drag and drop. That’s the epitome of a workflow. It maps out what you want to accomplish and makes it dead simple. You don’t need any API integration or code; the parts just snap into place. 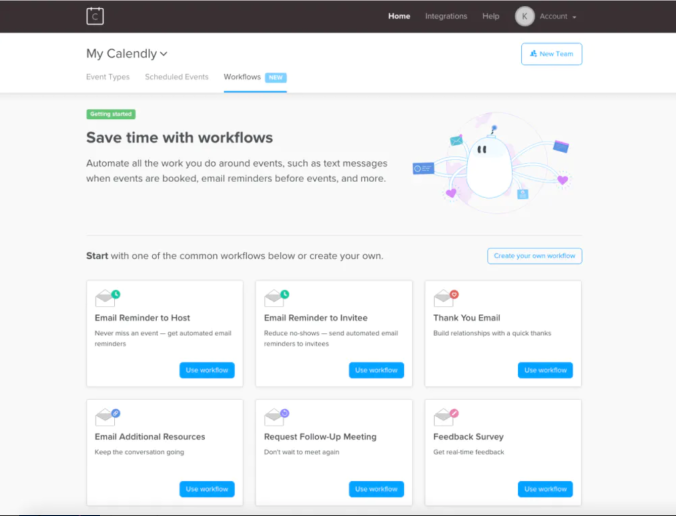 In order to accomplish the above workflows, Calendly might integrate into your Google calendar and Gmail account to track when to send which email.

Now that’s a simple business process workflow automation, but what if you are on the technical side of a startup or company?

Developers are both costly and scarce — and yet they spend a healthy amount of time doing repetitive things like managing myriad microservices, deploying to production, fixing bugs, and more, all of which add up to a huge amount of lost productivity without the right workflow automation in place. (A survey done by Stripe in 2018 estimates a 31.6% productivity loss for development teams.)

That’s why DevOps or developer operations has become a hotbed of automation intelligence and improvement.

One example of this is CTO.ai, which brings developer workflows into Slack as well as the CLI (command-line interface).

CTO.ai’s interface is a code-based platform that allows a developer to create Ops or workflow automations within your CLI and run them with your team in Slack. For example, they could spin up a Docker container instance or Kubernetes cluster. Below you can see Axial, a capital-raising platform, use CTO.ai to run their Cluster Op.

When the Axial team has code that is ready for more rigorous testing, the Cluster Op can control the serverless namespaces in Kubernetes and deploy it to a cluster.

In doing so, Axial can:

This allows Axial to turn Slack into a control plane for all of their cloud computing workflows from automation to collaboration, CICD to hosting, and beyond.

The change saved Axial over 6,000 hours of developer time. Calculate that time into dollars with software engineers making salaries in the six digits and you’ve saved quite a bit of money.

And that’s the thinking about workflows: Create them once, automate them, and you’ll not only make your daily life easier but also save countless hours of manual processing time.

The wide world of workflows is rapidly growing. There’s even Workflow.is for your personal life, where you can track how much caffeine intake you’ve had for the day with all the coffee you drink.

Workflows are ever-expanding and getting easier every day. To get started, just write down what your process is around a specific task. If you know how to accomplish it, then all you need to optimize and automate is the right tool.

That’s how to work-flow.

Want to see a variety of other workflow builders you can use for all aspects of your business? Check out this Workflow collection I created on ProductHunt.

Tristan Pollock is a technology entrepreneur and startup investor based in Silicon Valley who’s built and sold two companies and invested over $30 million into startups as a VC and EIR at 500 Startups.