The deal is a boost for India’s tech market, where multiple unicorns (such as InMobi Group itself), or startups valued at a billion dollars or more, have surfaced in recent years.

Glance makes a lock-screen platform that helps users see personalized content on the display while their phones are locked. InMobi Group created the social startup as a separate division in March 2019, and InMobi acquired Roposo, a video-sharing social media platform, in November 2019.

Glance at a glance 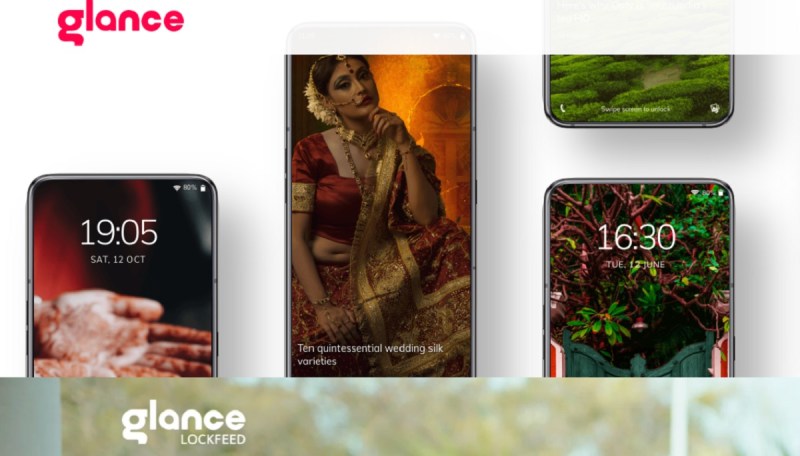 Above: Glance is a division of InMobi.

Glance is an AI-driven lock feed platform that provides personalized content in multiple languages including English, Hindi, Tamil, Telugu and Bahasa on the lock screen of Android smartphones. Glance’s Lockfeed delivers trending content across entertainment, sports, fashion, news and other content categories are delivered in a visual format that is easy to view.

Glance will use the money to expand its technology team, launch new services on the platform, strengthen the brand, and drive expansion in key markets across Asia and the U.S.

Caesar Sengupta, vice president at Google, said in a statement that too many Indians still have trouble finding content to read or services they can use confidently, in their own language. And this significantly limits the value of the internet for them, particularly at a time like this when the internet is the lifeline of so many people, Sengupta said.

Glance has more than 115 million daily active users who spend 25 minutes per day on it. That makes it one of the largest digital consumer platforms in the world.

Roposo is India’s short video platform with more than 33 million monthly active users who spend 20 minutes daily consuming content across multiple genres in more than 10 languages. The Roposo app has been downloaded more than 103 million times on the Google Play Store as of November 2020. It’s probably no accident that it is prospering now, as China’s TikTok app has been banned as a result of tensions between the two countries.

InMobi Group focuses on advertising, marketing, data, and content platforms. Glance has 400 people. Both Glance and Roposo are based in Bengaluru, India, while InMobi has its headquarters in both San Francisco and Bengaluro. InMobi Group has over 1,400 employees globally.