Intel claims RealSense ID adapts to users as physical features like facial hair and glasses change over time and works in various lighting conditions for people “with a wide range of heights or complexions.”

But numerous studies and VentureBeat’s own analyses of public benchmark data have shown facial recognition algorithms are susceptible to various biases. One issue is that the datasets used to train the algorithms skew white and male. IBM found that 81% of people in the three face-image collections most widely cited in academic studies have lighter-colored skin. Academics have found that photographic technology and techniques can also favor lighter skin, including everything from sepia-tinged film to low-contrast digital cameras. As a result, Amazon, IBM, Microsoft, and others have self-imposed moratoriums on the sale of facial recognition systems.

In response to this and other criticism, Intel says RealSense ID, which starts at $99 and will launch in Q1 2021, has built-in anti-spoofing technology to protect against false entry attempts using photographs, videos, or masks. The company also says it has a “one-in-1-million” false acceptance rate and processes facial images locally, encrypting user data, and is activated through “user awareness.” In other words, it won’t authenticate unless prompted by a preregistered user. 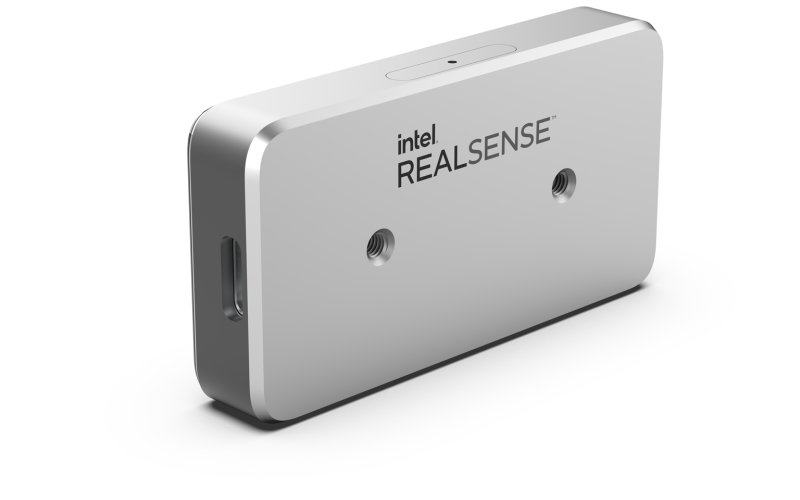 “We’ve done extensive data collection of all ethnicities from Asia, Europe, Middle East Africa,” Intel head of product management and marketing Joel Hagberg told reporters during a briefing this week. “We were very careful to ensure that we have all ethnicities covered.”

Corporate vice president Sagi Ben Moshe added: “We invested a lot of money to build a proprietary database … It was a massive data-capturing project that took us a lot of time, and this is what makes it unique.” He and Hagberg didn’t reveal the size of the database or whether audits had been conducted to identify biases it might have, nor the method by which photos and subjects contained within the database were selected.

RealSense ID follows the launch of Amazon Web Services’ Panorama Appliance, a plug-in appliance from Amazon that connects to a network and identifies video streams from existing cameras. The Panorama Appliance ships with computer vision models for manufacturing, retail, construction, and other industries, supporting models built in SageMaker. It also integrates with AWS IoT services, including SiteWise, to send data for broader analysis. Alongside the Panorama Appliance is the AWS Panorama SDK, which enables hardware vendors to build new cameras that run computer vision at the edge. It works with chips designed for computer vision and deep learning from Nvidia and Ambarella, and Panorama-compatible cameras will work out of the box with AWS machine learning services.