Prescient Devices, a platform for internet of things (IoT) software and service development, today announced that it raised $2 million in seed funding. The company says it’ll put the proceeds toward product ideation and ramping up its sales and marketing programs.

Global IoT revenue hit an estimated $1.7 trillion in 2019, when the number of edge devices connected to the internet exceeded 23 billion, according to CB Insights. But despite the industry’s growth, not all organizations think they’re ready for it. In a recent Kaspersky Lab survey, 54% said the risks associated with connectivity and integration of IoT ecosystems remained a significant blocker.

Prescient offers a low-code programmable platform that allows system integrators, IT engineers, and data scientists to build IoT and edge computing solutions. The platform, which can deploy firmware to fleets of IoT devices, delivers templates that connects sensors to the cloud, enabling remote monitoring and industrial automation. Prescient customers gain access to drag-and-drop graphical programming interfaces, modules, and recipes that they can use to program edge devices, edge and cloud dashboards, and cloud functions. They’re also provided a library of reference solutions for popular sensors and devices.

There’s an abundance of tools promising to simplify IoT development and management at the edge including Google’s Cloud IoT Edge, Amazon’s Amazon Web Services (AWS) IoT, Microsoft’s Azure Sphere, and Baidu’s OpenEdge, as well as Zededa, Particle, and Balena. But CEO Andy Wang asserts that Prescient has an advantage in the scalability of its approach. 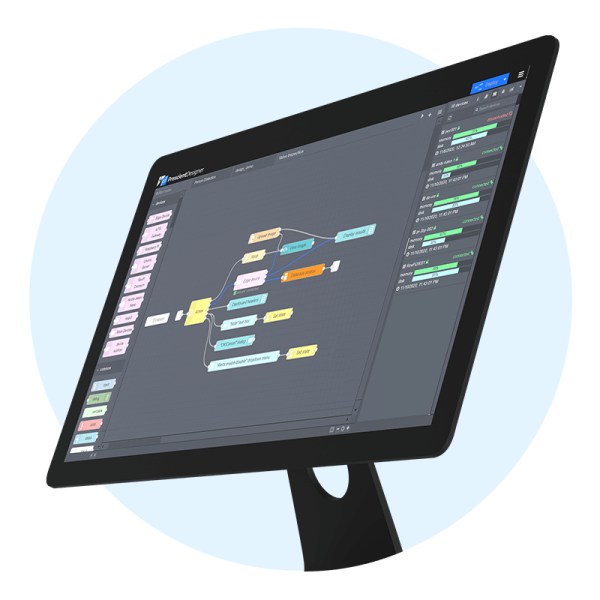 “We uniquely focus on removing the technology barrier for engineers, integrators, and data scientists to build, and accelerate IoT applications, helping deliver new business applications to the commercial market. The growing interest and active engagement from our users have been amazing,” Wang said in a press release.

In what’s been a boon for Prescient, the pandemic has contributed to the growth of the larger IoT market. Microsoft’s 2020 IoT Signals report indicates that 33% of decision makers plan to up their IoT investments, while 41% say their existing investments will remain the same. Meanwhile, a recent Deloitte survey found that respondents believe IoT will have the largest impact on their organizations compared with AI and cloud infrastructure.

“Our growing community has already developed active IoT applications for predictive maintenance, machine vision, and test automation within weeks of concept and transforming the entire approach to IoT business automation and edge intelligence applications,” Wang continued. “This round of funding will help accelerate our ability to better support our customers while expanding [the Prescient platform’s] functionality.”

Z5 Capital led Boston, Massachusetts-based Prescient’s latest funding round, which had participation from angel investors at MIT and the Harvard Business School.