It has taken a while, but gallium nitride (GaN) has slowly transformed the power consumption of our electronic devices, and chipmaker Power Integrations is a good example of how that has happened.

Back in 2015, startups like Alex Lidow’s Efficient Power Conversion (EPC) began proselytizing the benefits of using GaN in chips instead of silicon because GaN chips offered higher performance, less power consumption, and lower cost. Now the idea is gaining more momentum, and mobile charging company Anker Innovations has announced its Nano II series of chargers with a new generation of gallium nitride technology. Power Integrations supplied the chips for that product, and Anker is using them in its new 30-watt, 45-watt, and 65-watt chargers.

The result is that power adapters will no longer be the huge, crazy boat anchors that weigh down our electronic devices when tethered to laptops and smartphones.

“People love the fact that you have smaller chargers,” Power Integrations CEO Balu Balakrishnan said in an interview with VentureBeat. “We see a huge pull in the market toward smaller chargers.”

GaN has a wider bandgap than silicon, allowing it to sustain higher voltages than silicon. While silicon is still used in most chargers, GaN provides a safer and more efficient way to disperse heat, allowing chargers to safely operate at faster speeds, Anker said. The advantage of gallium nitride is that it can be manufactured in the same factories that produce silicon chips. In contrast to rival tech like gallium arsenide, the GaN chips can be processed without expensive machinery or special processes. In fact, the GaN chips can be made on top of a silicon wafer, without expensive packaging for protection. 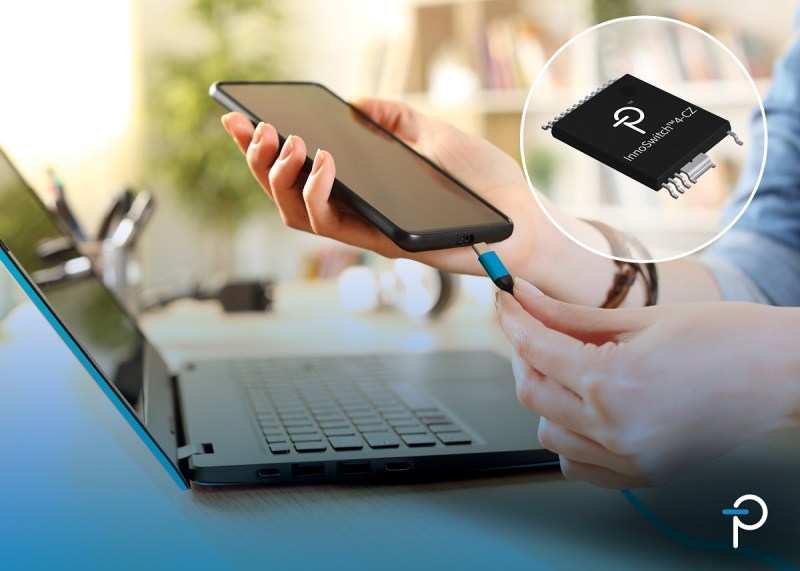 The GaN power components market doubled in 2020 and is expected to surpass $1 billion in 2026, Yole said. GaN is also growing in automobiles, datacenters, and aerospace. Manufacturers include ST Microelectronics, TSMC, Texas Instruments, and others. Big players in developing the applications include EPC, Transphorm, and Infineon, while Power Integrations and Navitas are increasing their market share in the power GaN market. That’s a lot of companies building infrastructure for the GaN manufacturing industry.

Yole expects the GaN consumer power supply market to be the main driver of growth, as this sector is forecast to grow from almost $29 million in 2020 to around $672 million in 2026, with a compound annual growth rate of 69%. Fast charging is the killer application for the GaN market, as 10 smartphone makers have launched more than 18 smartphones with inbox GaN chargers, Yole said. This growth will continue in the aftermarket, with Apple, Xiaomi, and Samsung opting for out-of-the-box solutions.

GaN II technology is the next big step in a hassle-free charging experience, Anker CEO Steven Yang said in a statement. The Anker Nano II charger series is smaller and more portable than its predecessor, and it has better charging safety and is compatible with existing devices.

Anker’s GaN II compact architecture was developed using the new Innoswitch 4 from Power Integrations, a publicly traded company. The InnoSwitch4-CZ chip is a high-frequency, zero-voltage switching flyback switcher that incorporates a 750 V primary switch using Power Integrations’ PowiGaN technology and a high-frequency active clamp flyback controller to deliver the charging performance and small size offered by the Nano II series. A second chip dubbed Clamp Zero improves this efficiency. The chips are about $3.85 each, when sold at volume. 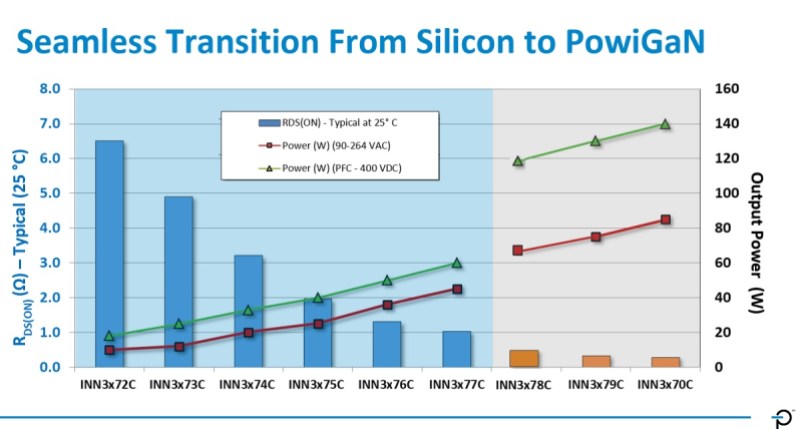 Above: GaN gives a boost to silicon-based chargers.

A power supply converts the electricity that comes out of the wall outlet at a high voltage into low-voltage DC for electronic products. A component called a transformer provides the isolation for safety reasons so if you touch the device you won’t get electrocuted.

“We can integrate both the high voltage side and the low voltage side in the same package, with safety-isolated communication possible between the secondary and primary side,” Balakrishnan said. “This allows us to dramatically reduce the component count and size and at the same time improve performance.”

Balakrishnan said GaN II transmits energy more efficiently and operates at twice the efficiency of the previous GaN tech. The company is one of few to hit production for the high voltages necessary for the new power adapters, Balakrishnan said.

“GaN has been talked about for a long time,” Balakrishnan said. “The challenge is to have a reliable high voltage. That’s easy to do with GaN switches up to about 200 volts to 300 volts. But when you get to 650 to 700 to 800 volts, it has quite a few challenges.”

Anker’s new Nano II chargers are the first in the world to take advantage of GaN II technology, the companies said. The chips are 95% efficient.

“It allows you to make very compact chargers,” Balakrishnan said. “Now you will get 65 watts with the same size charger as a 30-watt charger with our latest technology.”

Balakrishnan said the first generation was secretly shipping with GaN technology built into its silicon chips. But customers eventually figured that out in a teardown, and the tech became a plus. 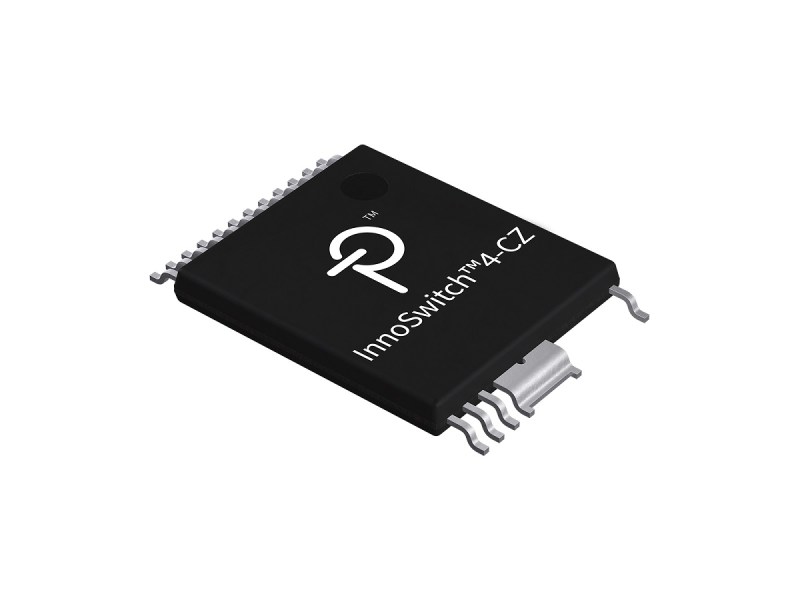 Above: This gallium nitride chip can charge an iPhone faster.

The entire lineup comes with a single USB-C port powered by the latest version of Anker’s own Power IQ 3.0 technology, which charges the iPhone up to 3 times faster than the 5-watt stock charger and is compatible with Samsung Super Fast Charging. The 65-watt Nano II charge is the same size as the previous generation 30-watt charger but more than twice as powerful, and it can charge any smartphone, tablet, or USB-C laptop.

Balakrishnan said the company had $10 million in GaN chip revenue last year, and this year he expects to triple that. Next year, 50% of Power Integrations shipments are expected to be GaN chips. The company has about 750 employees.

“There is a renewed focus on fast charging for cell phones, tablets, and game machines,” Balakrishnan said. “To do that, they need very high power. GaN is a significant contributor to the fast charging.”

Balakrishnan said over time he expects GaN devices to deliver up to 200 watts without a heat sink, which will be sufficient for appliances that need a lot of power, like microwave ovens. That means things like refrigerators, monitors, and other devices will use GaNs. And while there are challenges because of the current global semiconductor shortage, Balakrishnan said Power Integrations uses its own technology, which it installs into chip foundries, or contract chip manufacturers, in the U.S. and Japan. That gives the company more capacity it can use itself.

“GaN is getting into almost every market we are in,” Balakrishnan said. “GaN will replace silicon.”