Like an Alexa Skill, Actions are the controls that power a voice-enabled Google Assistant. There are two kinds of interactions with Google Assistant: Conversation Actions and Direct Actions.

With early access to the platform, bot makers can build Conversation Actions for Google Home and ask to become an early access partner for upcoming platform features.

Actions made by early partners will begin to roll out in the coming weeks, said Google Assistant product lead Jason Douglas.

More than 50 startups and corporations will launch Google Assistant Actions, Google said at its major hardware premiere in October. Early partners include WebMD, CNN, and Quora.

Google Home went on sale Nov. 4 with integrations from IFTTT, Internet of Things devices, and music services like Spotify and Pandora, as well as the ability to search the web, make alerts, and answer questions. 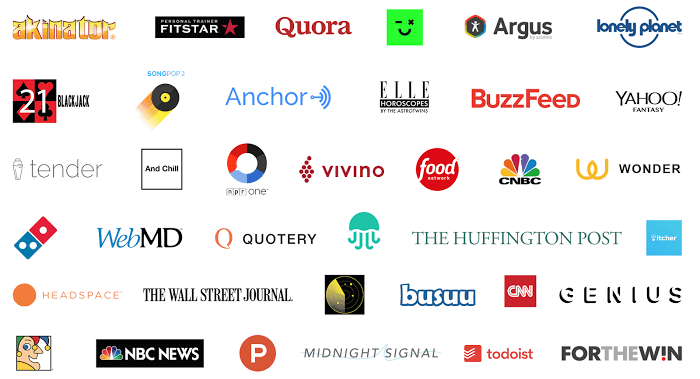 Above: Companies set to launch conversation actions in the coming weeks

Google is also inviting developers to join early access programs to use the platform for purchases, reservations, or appointments, or to make Actions for Pixel smartphones or the Allo chat app.

Purchases, reservations, and appointment bookings are among the initial priorities in the early days of the Google Assistant ecosystem, said Douglas.

“Sophisticated developers can develop directly against that [conversation API], but there’s also an SDK for node.js, so that simplifies this process,” he said.

Douglas added that the Google Assistant platform for third-party integrations will be available for Pixel smartphones and the Allo chat app in 2017.

“One of the key principles about this platform and how we’re building it is it will eventually be available everywhere the assistant itself is, which will be across lots of Google products and platforms,” he said. “Over time, as a developer, you’re really building for all of Google.”

The Actions on Google website now includes more of what developers need to build Actions for Google Assistant, including the ability to test, deploy, and design conversation actions.

Bot creation platforms Gupshup and API.ai (acquired by Google in September) can also be used to create Actions.

“API.ai will announce an integration where developers can deploy their Actions directly from within that tool to Actions on Google, so it cuts out some steps and makes that integration even easier,” Douglas said.

API.ai and Gupshup can be used to create chatbots for more than a dozen messaging apps. Other companies have helped build the Google Assistant platform.

“Because this is such a new, burgeoning space with lots of innovation, we’ve been partnering with lots of other companies and ecosystems that are helping developers build conversational experiences. So that includes interaction and development tools like API.ai and Gupshup, and its analytics tools, like Dashbot and VoiceLabs. These are things that are already integrated with the platform,” Douglas said.

Consultancies like Assist and Spoken Layer also played a part.

Available in early 2017, the Actions on Google software development kit (SDK) will make it possible to bring Google Assistant to devices beyond Google Home. No date has been set for when the Google Assistant platform to create Conversation Actions will be made available for the Allo chat app or Pixel smartphones.

Amazon’s version of the Google SDK — Amazon Voice Services (AVS) — has been used to put Alexa into everything from a can of Pringles to home robots and a wheelchair.

Google has been working steadily to take on Alexa this fall, launching Google Assistant with Allo in late September. Actions on Google made its debut at a special announcement event hosted by Google in October. At one of the largest product events of its kind in Google history, the company unveiled Google Home, the Pixel and Pixel XL smartphones, Google Daydream, a new Chromecast, and Google Wifi wireless routers. Google Home went on sale Nov. 4.

As has been pointed out before, Google still makes the majority of its revenue from text-based advertising, and its new assistant could begin to cut into that money pot.

For now, Douglas said, advertising will not be a part of Google Assistant.

“At this stage, ads within a conversation are not allowed, and that’s included within our own conversations. I think part of this is just figuring out what the right user experience is, and I think the revenue model in general for assistants will probably be somewhat different than for search. It’s a different product, it’s a different experience, and we’ll figure out what’s the right thing for developers and users over time.”