After a weeklong whirlwind of talks, demonstrations, spotlight sessions, and posters, the Conference on Neural Information Processing Systems (NeurIPS) — one of the largest artificial intelligence (AI) and machine learning conferences of the year — is coming to a close, and it was a smashing success by any measure.

There were an estimated 8,300 registered attendees at the Palais des Congres de Montréal, where much of this week’s action took place. This year’s program featured 42 workshops and nine tutorials, and approximately 4,854 papers were submitted for consideration, 1,010 of which were accepted.

That’s all despite a bit of a preconference kerfuffle that led to the NeurIPS board changing the conference’s acronym from “NIPS,” which some attendees and sponsors had protested for its potentially offensive connotations.

So what were this year’s highlights? Well, Intel open-sourced a useful tool — HE-Transformer — that allows AI systems to operate on encrypted data. IBM detailed two breakthrough AI training techniques — a digital method that’s up to 4 times faster than the previous state of the art and an analog chip with phase-change memory — that both retain 8-bit precision. And Nvidia described a generative model that can create three-dimensional environments using real-world videos from sources like YouTube.

Those only scratched the surface. Xprize, a nonprofit organization aiming to spark projects that “solve societal grand challenges,” this week revealed health care startup Aifred Health, automated search engine developers Choosit, and internet of things for beekeeping startup Nectar Technologies as the winners of three IBM Watson AI Xprize bonus milestone awards. And DeepMind, the British AI division owned by Google parent company Alphabet, announced that its work on AlphaZero — a system capable of defeating human world champion chess, shogi, and Go players — has been accepted in the journal Science, where it made the front page.

On the exposition front, Google Brain researcher Pallavi Baljekar gave an update on the Mountain View company’s Inclusive Images Competition, a crowdsourced effort to combat the problem of bias in image classification systems. And Alibaba revealed that its speech recognition technology can achieve accuracy of between 94 and 95 percent in noisy environments like subway tunnels (even with heavily accented speakers) and that its AI-driven customer service chatbot currently serves almost 3.5 million users a day.

David Spiegelhalter, a statistician at Cambridge University, said that AI systems should make “trustworthy claims” and users should expect explanations of those systems from developers, along with forecasts about what their impacts might be. And Edward W. Felten, former chief technologist at the U.S. Federal Trade Commission, underlined the importance of engaging with policymakers on the most pertinent AI concerns.

“Everything we’re striving for in changing the world [with AI] could be at risk,” Felten said, speaking to conference attendees this week. “We need to be in the room when decisions are made.”

This year’s conference was jam-packed, needless to say. For the rest of our coverage, check out stories tagged “NeurIPS 2018” in VentureBeat’s AI Channel, and stay tuned for more to come.

P.S. Please enjoy this video of Nvidia AI that can generate virtual worlds from videos. 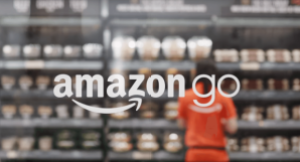 Amazon.com is looking at bringing its futuristic checkout-free store format to airports in an effort to win business from hungry, time-pressed travelers. 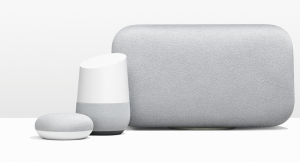 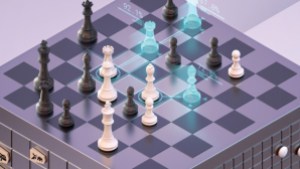 DeepMind’s AlphaZero, a game-playing AI that can best human world champions and state-of-the-art engines at chess, shogi, and Go, has completed peer review.

Google is taking steps to eliminate perceived gender bias in Google Translate and other predictive products, the company announced. 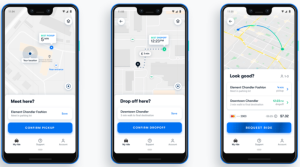 Waymo has officially lifted the lid on its first self-driving service that riders can actually pay for. Waymo One is now open for business in Phoenix.

CIMON appears to have decided he doesn’t like the whole personal assistant thing. (via Fox)

FAIR turns five: What we’ve accomplished and where we’re headed

Five years ago, we created the Facebook AI Research (FAIR) group to advance the state of the art of AI through open research for the benefit of all — it’s an effort to understand the nature of intelligence so that we might create intelligent machines. (via Facebook)

Your smartphone’s AI algorithms could tell if you are depressed

Smartphones that are used to track our faces and voices could also help lower the barrier to mental-health diagnosis and treatment. (via MIT Technology Review)

Who’s going to review your college applications – a committee or a computer?

It’s crunch time for college applications, and hopeful high school seniors are working hard to impress admissions committees to land a spot at the school of their choice. But what if that committee wasn’t actually a committee of people. What if, instead, you had to impress a robot – or win over an artificial intelligence-driven algorithm? (via USA Today)