AiFi, a Santa Clara-based cashierless retail startup that emerged from stealth in February 2019, today secured an investment from Qualcomm and existing backers. A company spokesperson didn’t disclose the exact amount, but she said it doubles AiFi’s total raised to $30 million.

Platforms like Amazon Go piqued public interest in contactless brick-and-mortar payments, but the pandemic is accelerating adoption as retailers scramble to deliver touchless experiences. Grabango and Standard Cognition both recently announced the launch of “no-line” payment experiences at supermarkets and college convenience stores. And facial recognition terminals like PopID are gaining traction among businesses looking to eliminate spread vectors. Speaking to Chargebacks 911, ABC reported banks’ use of contactless payment options has surged 150% since March.

AiFi, which says it’s building and retrofitting hundreds of stores in the U.S., Europe, and Australia, with several slated to open in California and Texas by the end of the year, delivers a checkout-free experience powered by computer vision and analytics. The startup opened its first store in Asia earlier this year, an 800-square-foot location in Shanghai that carries basic day-to-day items like food, medicine, and face masks. AiFi hopes to open 330 such stores in the months ahead.

AiFi’s Oasis platform relies on cameras affixed to the ceilings and walls of stores ranging from 200 square feet to 3,000 square feet. For each customer, AiFi says it trains its system to recognize tens of thousands of products with over 99% accuracy within three months of operation. Items include shelved products, warm and frozen foods, fresh produce, and dispensed drinks. 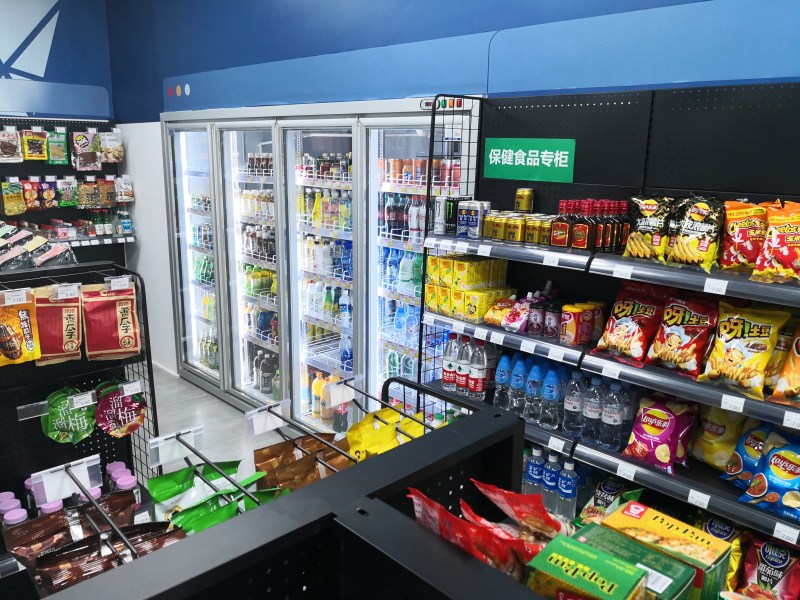 AiFi uses a simulator called SimStore to train its system for interactions that might play out in a retail environment. It’s able to scale up to thousands of products and simulate crowds of varying densities, drawing on a library of SKUs.

On the management side, Oasis ships with a white label app customers can plug in or customize to fit their branding, and it supports various payment methods through integrations with Visa, Stripe, Mastercard, Adyen, and other providers. The platform can track inventory across stores and identify misplaced items, and Oasis’ dashboard provides real-time insights into store operations.

AiFi claims that Oasis, which doesn’t use facial recognition and processes all data on-premises, can be adapted to supermarkets, campuses, gas stations, grocery stores, pharmacies, offices, transport hubs, and even stadiums. Moreover, the company claims the platform requires “only a minimal number of RGB cameras” compared with other cashierless solutions on the market.

Beyond Oasis, AiFi offers NanoStore, a tiny storefront measuring just 160 square feet in its smallest configuration. It boasts a wealth of sensors, with cameras and a dedicated PC to enable a truly grab-and-go experience. The NanoStore’s modular fixtures and refrigeration units can be reconfigured or swapped out as needed, and they’re unbranded so owners can add signage and logos. 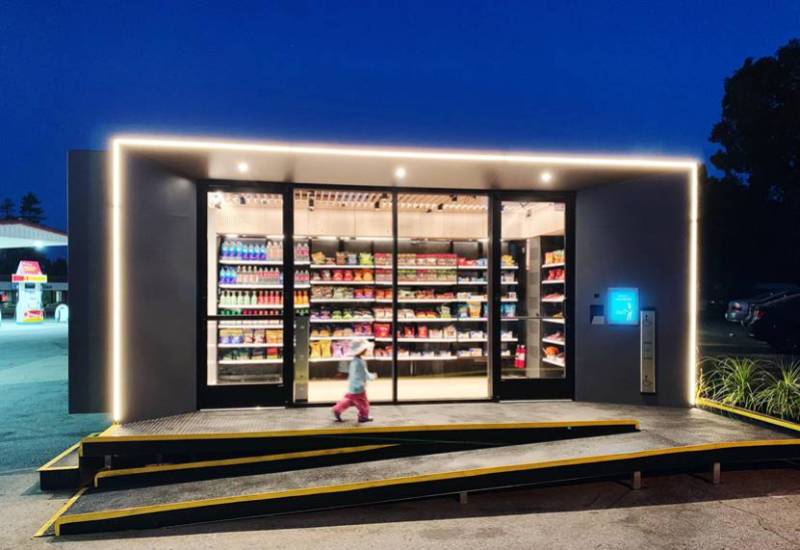 Above: An AiFi NanoStore.

AiFi cofounder and CEO Steve Gu sees the NanoStores as a roving extension of brick-and-mortar locations — slotting into parking lots, college campuses, shopping centers, airports, and between buildings. They could even be deployed seasonally within a larger store or near a farmers market or local crafts and products fair, he says. Gu believes there’s potential to benefit underserved communities that lack access to fresh groceries.

“We envision a future where instead of asking people to go to the shopping center to shop, we push these tiny automated stores as close as possible to where people live,” Gu said in a previous statement.