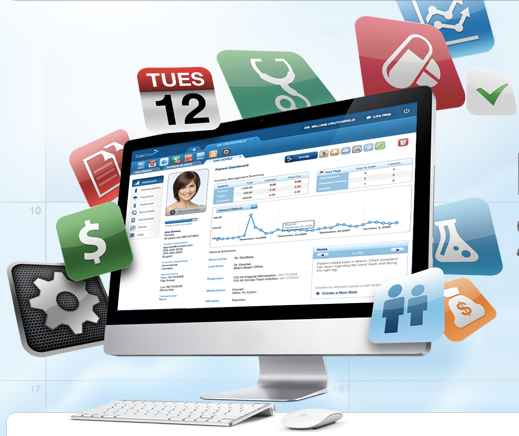 CareCloud, a company that offers cloud-based electronic health record software, says it tripled its growth last year — helped by the U.S. government mandate that doctors be fully transitioned to electronic records by 2014.

Founded in 2009, the private Miami, Florida company told VentureBeat that its expects to see its revenues triple again this year. The company wouldn’t specify exact revenue for 2012, but said it was in the range of $8 million to $10 million.

CareCloud is a great example of the technology revolution that is finally hitting health care. (We’re focusing on the most disruptive of these trends at our HealthBeat event in May, titled: “Smart Doctors, Smart Patients.”) 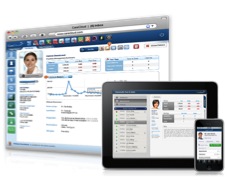 The market for electronic medical records (EMRs) is estimated at between $6 billion and $10 billion, and upstarts like CareCloud are shaking it up with new technology. CareCloud helps doctors move their records over to well-designed, web-based dashboards — while keeping it all stored on the cloud and accessible on devices like iPads and tablets.

Richard Close, an analyst with investment bank Avondale Partners who covers the EMR industry closely, is so impressed by CareCloud’s user interface and intuitive workflow that he likens it the company’s software to a morph of “Facebook on the iPhone.” See an example of CareCloud’s profile screenshot below.

CareCloud, which is built on Ruby on Rails, is going up against older, entrenched companies like Allscripts, Cerner, Siemens, Epic, McKesson, and GE — most of them still offering antiquated, non-cloud systems — but which jumped on the electronic record trend well before companies like CareCloud were even founded.

These companies have enjoyed a significant portion of the $19 billion in government subsidies, which began getting doled out in 2009. The subsidies are earmarked for doctors to help them make the move to electronic records. But those doctors often chose the most established companies, even if they had outdated technology. The biggest of the vendors benefited from significant lobbying, and other ties with government and U.S. Congress.

However, CareCloud has a big advantage over these other vendors, because it charges doctors only in the low single-digit thousands for implementation. And because it is cloud-based, it can update its software automatically, so doctors can stay on top of complex, fast-moving regulation and compliance mandates.

Legacy vendors typically charge around $30,000 per doctor for implementation and then more still for subsequent support and upkeep. They’re also often more difficult to integrate with other, emerging technologies. Albert Santalo, the founder and CEO of CareCloud, likens the older players to the “walking dead … it’s a fight among dinosaurs.”

Not that this is a slam dunk for CareCloud. Spurred by subsidies, many of the largest hospitals quickly moved to embrace legacy systems like Epic, which offer EMRs with just about everything most need, like practice management software, billing, and compliance. And once implemented, these systems are difficult to rip out, if only because hospital administrators are embarrassed to admit they made a mistake with their original selection. And doctors practicing in surrounding regions find it’s easier to settle on these same system, too, for ease of mind that they’ll at least integrate well with hospital records. Many doctors don’t have time to research technology, so they are hesitant to bet on newcomers.

Take, for example, the fate of Athenahealth, a company that trail-blazed the way with a cloud-based EMR in 2006. The company has grown quickly and boasts a market value of around $3 billion. But it only enjoys about 4 percent of market share, according to some estimates, and has faced problems breaking the biggest strongholds of legacy players: large hospital systems that are resistant to change. Recently, Avondale’s Close downgraded Athenahealth, saying he was concerned about competition.

That’s where CareCloud comes in. It offers an all-cloud system that’s even more flexible than Athenahealth’s by offering doctors the capability to integrate parts of it more easily with their existing vendors. For example, aside from its EHR software, Athenahealth offers a “practice management” software  that requires doctors to use the entire package — practice management, billing, collections, etc. CareCloud, however, allows them to pick and chose among components of its practice management software. This makes it easy for large hospitals and smaller practices to make a switch. And this is where CareCloud is having a field day, said company spokesman John Hallock. Up to 17 percent of practices are considering making a switch in their EMR system by the end of this year, according to a survey by Black Book Rankings.

Take the Miami Children’s Hospital system. It wasn’t happy with its internal billing system, and it didn’t want to entrust it to a legacy vendor that some of its practices were using already: Cerner. So it chose CareCloud, which offered to handle its billing, but also allowed Miami to keep its other Cerner implementations in place. Miami couldn’t select Athenahealth, which would have required ejecting Cerner functionality that Miami Children’s was happy with. Avondale Partners analyst Close agrees this is big for CareCloud: “For CareCloud to go in and say, ‘You don’t need to rip that system out, we’ll interface with it,’ that’s an advantage.”

CareCloud isn’t the only cloud-based EMR vendor showing significant growth. Practice Fusion is another company generating buzz. It has offered a free medical record system, deciding it would be better to attract doctors that way, and then support the site through advertising. It has raised $64 million. However, Practice Fusion doesn’t offer a fully integrated billing or practice management system like CareCloud does.

CareCloud has received more than $20 million in a first round of funding from Intel Capital and Norwest Venture Partners in 2011, but it is now raising another round of capital.

In a statement this week, CareCloud said it has more than 2,000 customers (hospitals, doctors) in 45 states, and reaches 4.5 million patients. Separately, the company told VentureBeat it will be debuting its latest software — featuring better workflow functionality for doctors — at the HIMSS conference New Orleans on March 5.

[Update: Corrected the reference to amount raised by Practice Fusion, as well as explanation of its business model] 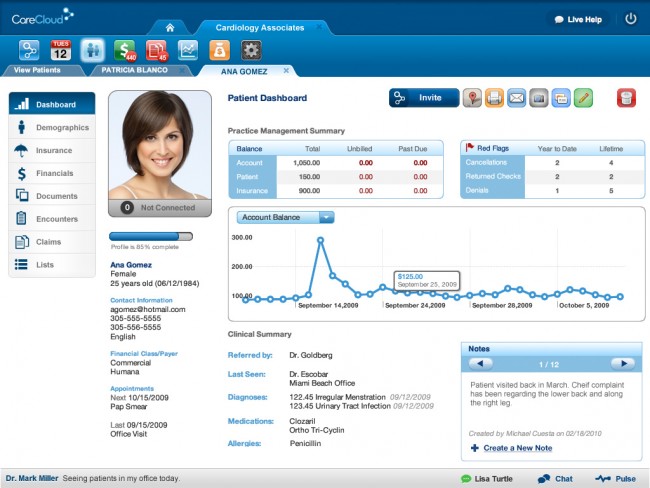