Last week, on the heels of DeepMind’s breakthrough in using AI to predict protein-folding, came news that the U.K.-based AI company is still costing its parent company Alphabet hundreds of millions of dollars in losses each year.

A tech company losing money is nothing new. The tech industry is replete with examples of companies that burned through investor money long before becoming profitable. But DeepMind is not a normal company seeking to grab a share of a specific market. It is an AI research lab that has had to repurpose itself into a semi-commercial outfit to ensure its survival.

And while its owner, which is also Google’s parent company, is currently happy footing the bill for DeepMind’s expensive AI research, there is no guarantee that it will continue to do so forever. 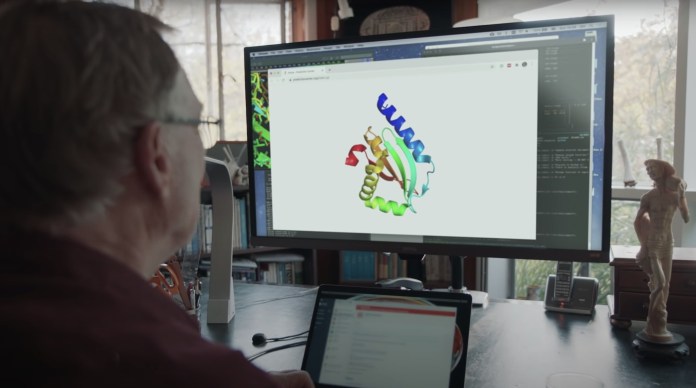 At first glance, this isn’t bad news. Compared to previous years, DeepMind’s revenue growth is accelerating while its losses are plateauing.

But the report contains a few more significant facts. The document mentions “Turnover research and development remuneration from other group undertakings.” This means DeepMind’s main customer is its owner. Alphabet is paying DeepMind to apply its AI research and talent to Google’s services and infrastructure. In the past, Google has used DeepMind’s services for tasks such as managing its datacenters’ power grids and improving its voice assistant’s AI.

What this also means is that there isn’t yet a market for DeepMind’s AI, and if there is, it will only be available through Google.

The document also mentions that the growth of costs “mainly relates to a rise in technical infrastructure, staff costs, and other related charges.”

This is an important point. DeepMind’s “technical infrastructure” runs mainly on Google’s huge cloud services and its special AI processors, the Tensor Processing Unit (TPU). DeepMind’s main area of research is deep reinforcement learning, which requires access to very expensive compute resources. The company’s projects in 2019 included work on an AI system that played StarCraft 2 and another that played Quake 3, both of which cost millions of dollars in training.

A spokesperson for DeepMind told the media that the costs mentioned in the document also included work on AlphaFold, the company’s celebrated protein-folding AI, another very expensive project.

There are no public details to indicate how much Google charges DeepMind for access to its cloud AI services, but Google is most likely renting its TPUs at a discount. This means that without Google’s support and backing, the company’s expenses would have been much higher.

Staff cost is another important issue. While participation in machine learning courses has increased in the past few years, scientists who can engage in the kind of cutting-edge AI research DeepMind is involved in are very scarce. And by some accounts, top AI talent commands seven-digit salaries.

The growing interest in deep learning and its applicability to commercial settings has created an arms race between tech companies to acquire top AI talent. Most of the industry’s top AI scientists and pioneers are working either full- or half-time at large companies like Google, Facebook, Amazon, and Microsoft. The fierce competition for top AI talent has had two consequences. First, as in every other field where supply doesn’t meet demand, it has resulted in a steep incline in the salaries of AI scientists. Second, it has driven many AI scientists from academic institutions that can’t afford stellar salaries to wealthy tech companies that can. Some scientists continue to stay in academia for the sake of continuing scientific research, but they are too few and far between.

And without the backing of a large tech company like Google, research labs like DeepMind can’t afford to hire new researchers for their projects.

So while DeepMind shows signs of slowly turning around its losses, its growth has made it even more dependent on Google’s financial resources and large cloud infrastructure.

Google is still satisfied with DeepMind 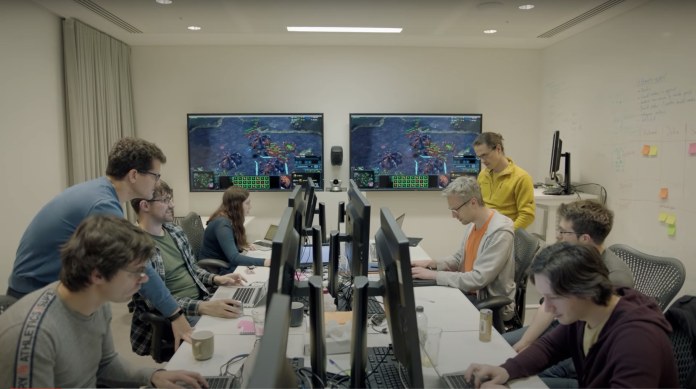 Above: DeepMind developed an AI system called AlphaStar that can beat the best players at the real-time strategy game StarCraft2

According to DeepMind’s annual report, Google Ireland Holdings Unlimited, one of the investment branches of Alphabet, “waived the repayment of intercompany loans and all accrued interest amounting to £1.1 billion.”

DeepMind has also received written assurances from Google that it will “continue to provide adequate financial support” to the AI firm for “a period of at least 12 months.”

For the time being, Google seems to be satisfied with the progress DeepMind has made, which is also reflected in remarks made by Google and Alphabet executives.

In July’s quarterly earnings call with investors and analysts, Alphabet CEO Sundar Pichai said, “I’m very happy with the pace at which our R&D on AI is progressing. And for me, it’s important that we are state-of-the-art as a company and we are leading. And to me, I’m excited at the pace at which our engineering and R&D teams are working both across Google and DeepMind.”

But the corporate world and scientific research move at different paces.

Scientific research is measured in decades. Much of the AI technology used today in commercial applications has been in the making since the 1970s and 1980s. Likewise, a lot of the cutting-edge research and techniques presented at AI conferences today will probably not find their way into the mass market in the coming years. DeepMind’s ultimate goal, developing artificial general intelligence (AGI), is by the most optimistic estimates at least decades away.

On the other hand, the patience of shareholders and investors is measured in months and years. Companies that can’t turn over a profit in years or at least show hopeful signs of growth fall afoul of investors. DeepMind currently has none of those. It doesn’t have measurable growth because its only client is Google itself. And it’s not clear when — if ever — any of its technology will be ready for commercialization. 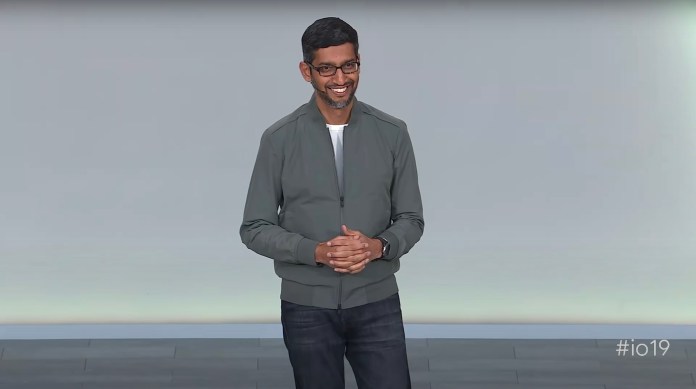 Above: Google CEO Sundar Pichai is satisfied with the pace of AI research and development at DeepMind

And here’s that DeepMind’s dilemma lies. At heart, it is a research lab that wants to push the limits of science and make sure advances in AI are beneficial to all humans. Its owner’s goal, however, is to build products that solve specific problems and turn profits. The two goals are diametrically opposed, pulling DeepMind in different directions: maintaining its scientific nature or transforming into a product-making AI company. The company has already had trouble finding a balance between scientific research and product development in the past.

And DeepMind is not alone. OpenAI, DeepMind’s implicit rival, has been facing a similar identity crisis, transforming from an AI research lab to a Microsoft-backed for-profit company that rents its deep learning models.

Therefore, while DeepMind doesn’t need to worry about its unprofitable research yet, as it becomes more enmeshed in the corporate dynamics of its owner, it should think deeply about its future and the future of scientific AI research.