Huawei sub-brand Honor unveiled its new flagship phones today at an event in London. The smartphone maker lifted the lid on the Honor 20 and Honor 20 Pro, a week after it launched the “Lite” incarnation.

While Huawei would undoubtedly have liked to keep the focus of today’s launch squarely on its new devices, there was no escaping events of the past week. To recap, the company was added to a U.S. trade blacklist, thus preventing any U.S. business from selling components to the Chinese company. Then, over the weekend, the world began to realize that this ban also applies to software and Google revealed that it would have to stop providing Huawei with support for Android and related Google services.

Yesterday, the U.S. issued a temporary stay of execution, allowing Huawei to continue trading with U.S. companies (including Google) until August. But the writing is on the wall for Huawei, which will likely have to explore other options for its mobile operating system (OS), a scenario it has reportedly been planning for by developing its own OS.

The Honor 20 series lineup was already Google-certified before the trade ban came into effect, so these phones won’t be directly impacted — for now, at least. They will have access to the usual array of Google apps and services, but consumers may hesitate to shell out hundreds of dollars for a brand with an uncertain future in terms of Android support.

To look at things from another angle, it’s conceivable that the Honor 20 series will be the last Huawei phones to ship with Google’s flavor of Android. But there is still plenty of scope for more twists and turns in the months ahead.

Now to the crux of today’s news.

In truth, it can be a little tricky keeping tabs on all the new devices coming from Huawei and its offshoot. A couple of months back, Huawei unveiled its latest premium handsets in the form of the P30 and P30 Pro, while the Honor View20 went to market a few months before that. Some might argue that the Honor 20 series could cause a little confusion, coming so soon after the View20, but Honor did exactly the same thing with the Honor 10 and Honor View 10, which launched months apart. 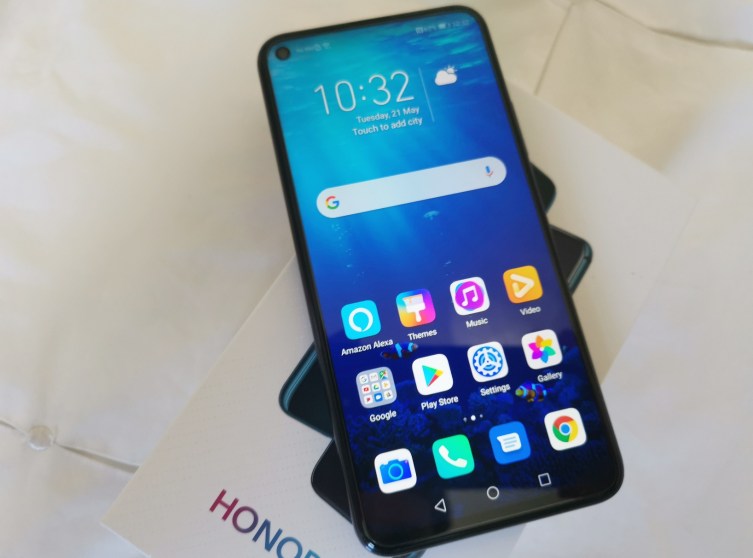 In truth, we already knew quite a lot about the Honor 20 devices, and as we wrote earlier this month, the lineup helps illustrate how smartphone layouts are evolving. The selfie camera is becoming established as a pinhole embedded beside the top edge of the display, though of course some companies are continuing to iterate on this layout with front-facing shooters that retract and even rotate.

Flip the Honor 20 Pro around, and we can see that this is the first Honor flagship to come with a rear quad-lens camera setup. The Pro incarnation features a 48-megapixel main lens (which is becoming the norm in Android flagships), an 8-megapixel telephoto lens, a 16-megapixel super wide angle lens, and a 2-megapixel macro lens. In the non-Pro Honor 20, this lens is a 2-megapixel depth assist camera. 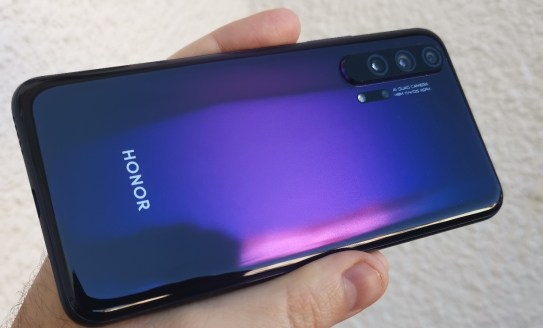 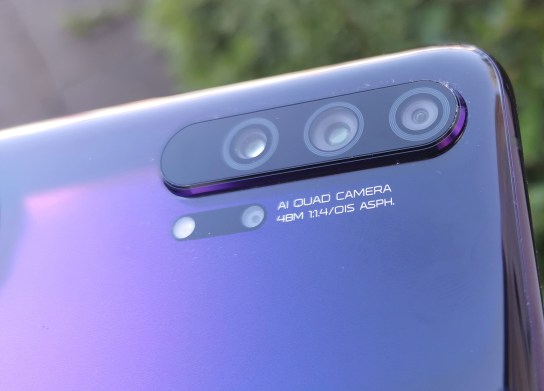 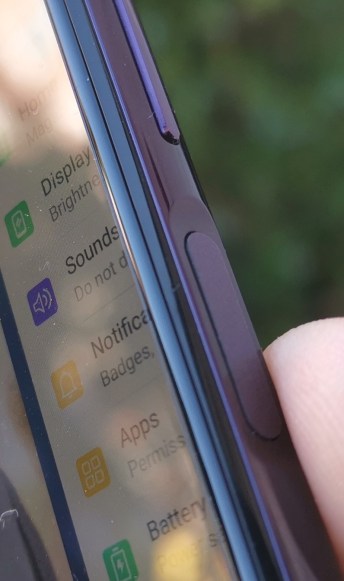 Above: Honor 20 Pro: Side fingerprint reader

The theory is that most users hold their phone either with their thumb or forefinger resting against the edge of the device, making this a more natural way to unlock a device or authenticate an app. 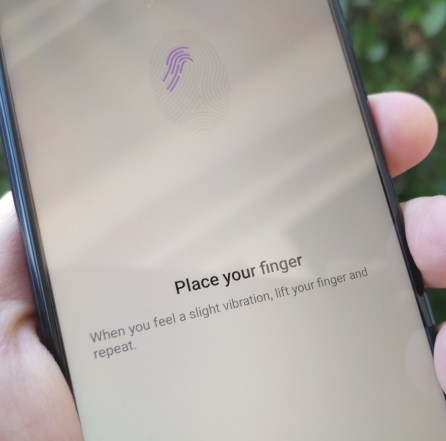 Above: Honor 20 Pro: Fingerprint unlocking (side)

This isn’t a completely new design concept, with the likes of Sony, ZTE, Samsung, and Huawei’s Honor previously introducing side-mounted fingerprint readers to their phones. But it is interesting to see this feature reappear in a 2019 flagship. Alongside the ever-shifting selfie camera, this represents part of a broader trend in which OEMs are iterating various design layouts to see what garners the best feedback.

As with the company’s other devices, the Honor 20 phones will ship with their own Android skin — Magic UI 2.1.0, which is pretty similar to the heavily tweaked EMUI that comes with Huawei’s own-brand handsets. These Android configurations haven’t always been to everyone’s tastes, but it would surely be better than having to use a forked version of Android sans Google’s usual array of applications — if that is indeed the way things play out for Huawei.

Huawei will no doubt want to focus all its marketing pizzazz on its glitzy new Honor flagships, but the shine has certainly been dimmed by recent events.

In fact, 2018 was a bumper year for Huawei, with the company claiming that its smartphone shipments jumped by a third to over 200 million units and that it is slowly creeping up on top dog Samsung. But with all the recent negative publicity and huge question marks over its ability to access Google’s Android ecosystem in the future, consumers could be hesitant to shell out money for this new lineup.