Idriverplus, a Beijing-based supplier of driverless vehicle and robotics systems, this week raised over 100 million yuan (~$14.6 million). The company says the money will be put toward R&D, deploying robotaxi fleets, and ramping up production of cleaning robots and other specialized robotics products.

The pandemic has accelerated the demand for robots and self-driving cars, as they’re inherently contactless and thus low-risk. Because customers and delivery workers are exposed to disinfected machines rather than each other, robots promise to limit the spread of infection while addressing gaps in on-demand delivery. According to a July survey by researchers at Pompeu Fabra University, over 195 different kinds of robots have been piloted in hospitals, health centers, airports, office buildings, and other public spaces since the start of the pandemic. And an Interactions report found that over 73% of people are comfortable with the idea of delivery robots, an uptick from pre-pandemic levels.

Idriverplus was founded in 2015 by engineers hailing from Tsinghua University, who developed an operating system that leverages lidar, cameras, radar, and algorithms to model environments, detect road surfaces, and avoid obstacles. The team also engineered a vehicle control unit with ultrasonic sensors, inertial measurement units, GPS, and anti-collision sensors that help to position and orient Idriverplus’ self-driving vehicles in space.

The control unit — a field-programmable gate array (FPGA) processor, and a microcontroller — underpins Idriverplus’ Xing Ji autonomous driving platform, which began road testing in Beijing last year after receiving a license from the municipal government. The company says it’s capable of HD mapping and localization autonomous trajectory planning, with lidar that can detect objects up to 100 meters away and radar that can reach 200 meters. In 2018, Idriverplus piloted a driverless solution for ride-sharing company GoFun, and the company says that Xing Ji is installed in “hundreds” of vehicle worldwide.

Idriverplus also sells Woxiaobai, an autonomous sweeper robot that sprays roads and walkways, and Wobida, a delivery rover that can carry up to 220 pounds at a time. To date, the company claims its autonomous vehicles have logged over 1.2 million miles combined in Malaysia, Singapore, Dubai, Germany, U.S., Japan, and Russia for customers including BAIC, SAIC, and Dongfeng. And during the early days of the pandemic in China, iDriverplus says it deployed Woxiaobai units near hospitals, parks, and universities to aid with sanitization and disinfection efforts. 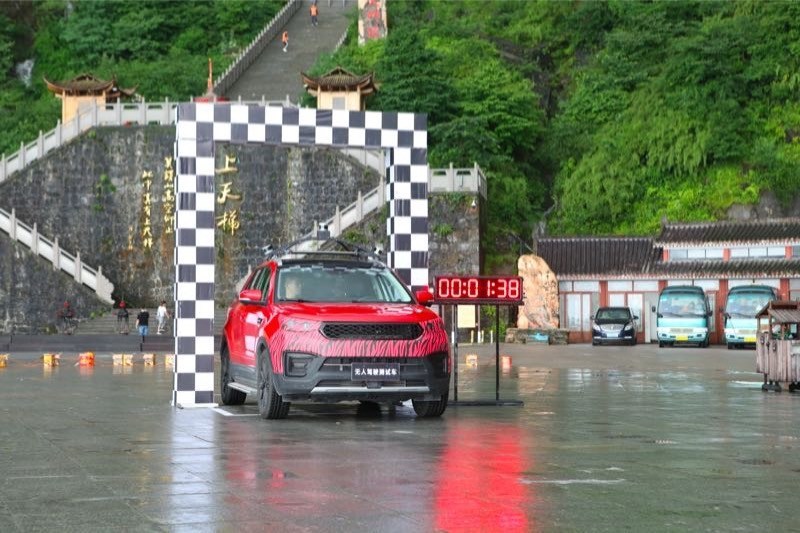