Robots for dispatching medical goods. Robots for delivering food. Robots for transporting people. Robots for managing warehouse logistics. Robots are no longer confined to science fiction — they’re infiltrating every facet of our lives.

One area, in particular, that is increasingly receiving the attentions of robots is healthcare — or, more specifically, robots that provide companionship to elderly people to “improve the quality of life.” The latest company to enter the fray is Israeli startup Intuition Robotics, which emerged from stealth this week touting itself as a company “developing social companion technology to positively impact the lives of millions of older adults.”

The company is promising to do this by making technology “accessible and intuitive,” while promoting active and healthy lifestyles. The first product to emerge from its vaults is ElliQ, an artificial intelligence (AI)-driven robotic companion that doesn’t really resemble a robot as you may imagine it — it doesn’t strive to look human-esque. It’s more like a piece of furniture or lamp that sits on a table conversing with its master.

The result of a collaboration with Yves Béhar, a Swiss designer who also happens to be chief creative officer at Jawbone, ElliQ uses “natural” communication methods — including “body language” — to convey emotion, while it uses sounds and light, in addition to voice, to express itself. It also promises to improve over time, using machine learning smarts to adapt to the owner’s needs.

The robot consists of two elements —  ElliQ, which is the “social director” that strives to emulate human characteristics, and an accompanying screen, which is like a tablet that displays content. 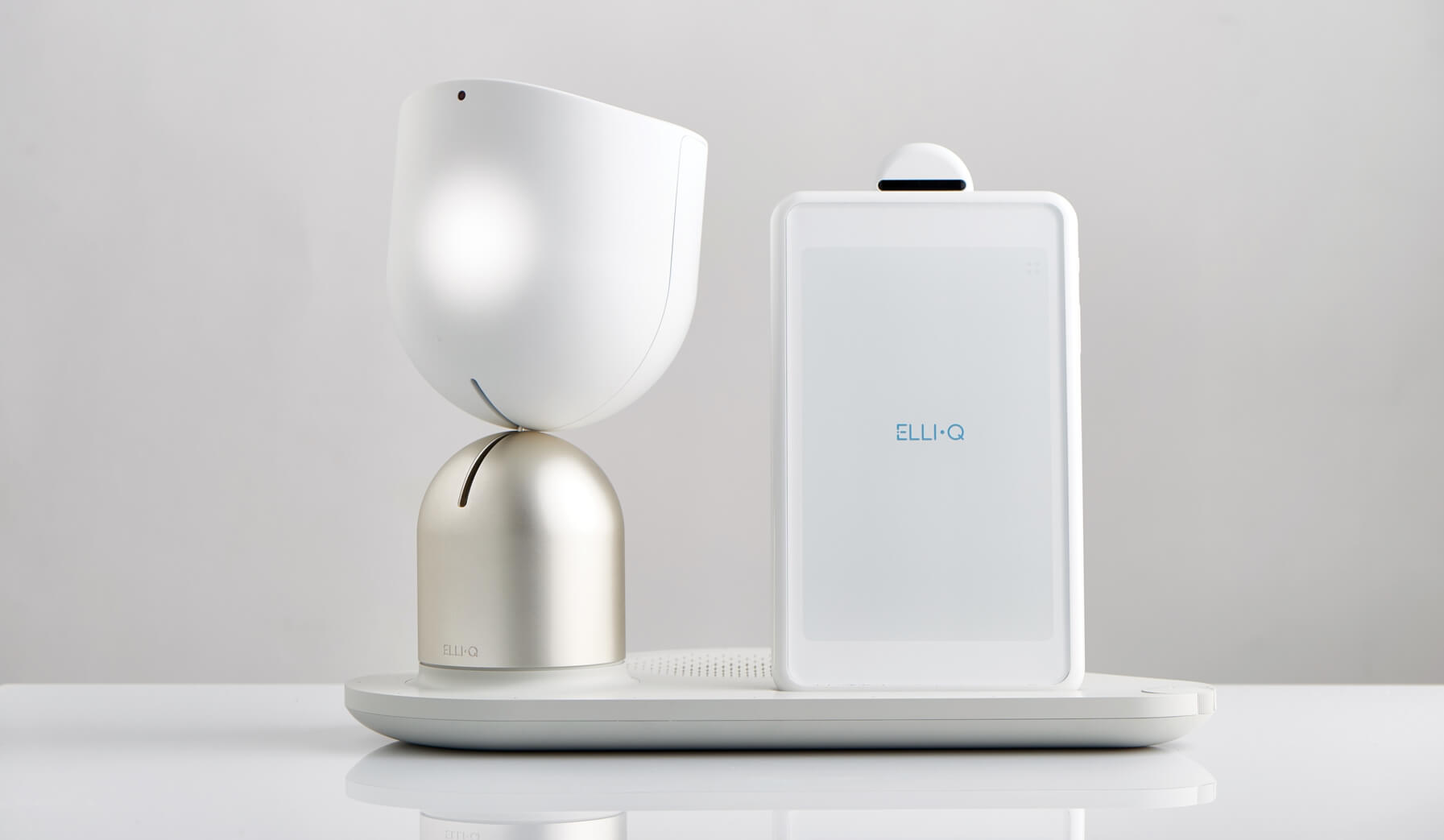 Debuting at the Design Museum in London this week, ElliQ connects the elderly with myriad technologies, including online games, social media, and video chats, with a view toward keeping users connected to the outside world.

ElliQ may suggest music, podcasts, or audiobooks to listen to, though it may also recommend taking a walk after a prolonged period of watching TV. It also helps the user keep on top of appointments and reminds them if they’re due to take their medication.

“Our goal is to leverage a combination of our proprietary technology, emotive interaction models, and gerontology insights with elegant design to empower older adults to intuitively interact with technology and easily connect with content and loved ones and pursue an active lifestyle,” explained Dor Skuler, CEO and founder of Intuition Robotics. “We like to think of her as part communication coordinator, part facilitator of lifelong learning and part coach. She’s easy to talk to, intuitive to operate, and understands her owner.”

ElliQ is one of many similar companion robots to emerge in recent times. Just last week, AvatarMind unveiled its iPal Companion Robot, designed as an educational and entertaining friend for children and elderly people. 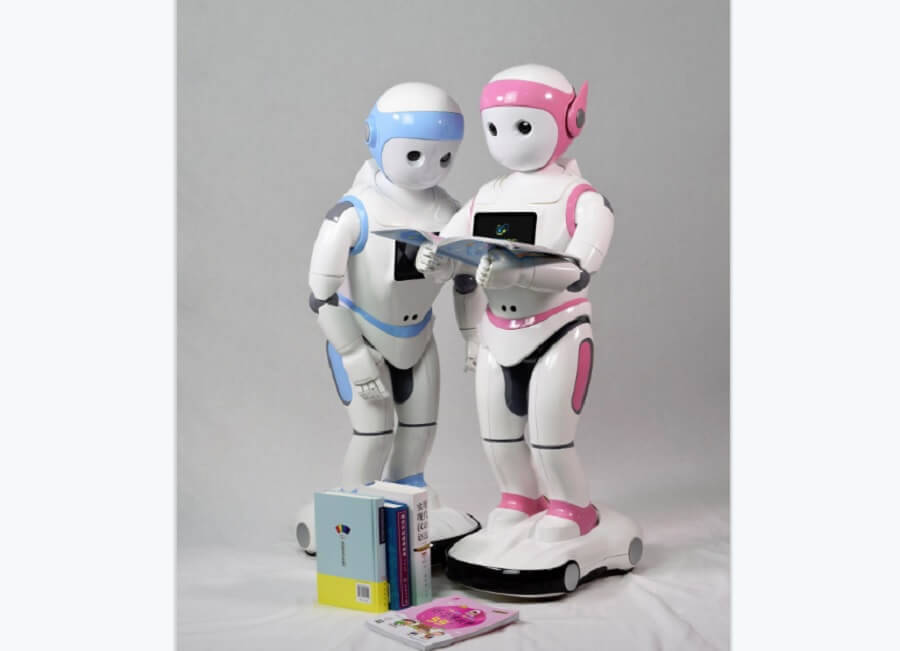 Above: AvatarMind unveils iPal, a companion robot for kids.

Similarly, France’s RoboCARE Lab previously launched an ambitious campaign to place robots in nursing homes and schools across the country. 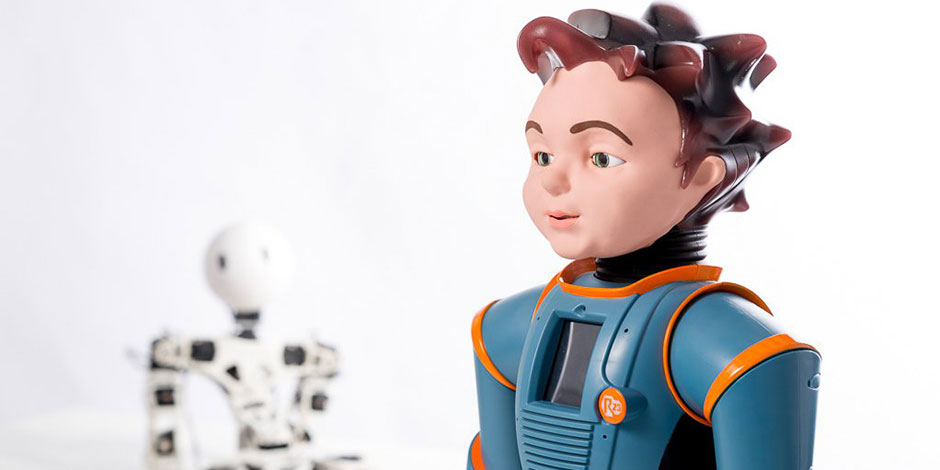 Above: RoboCARE wants to put Milo in nursing homes and schools. 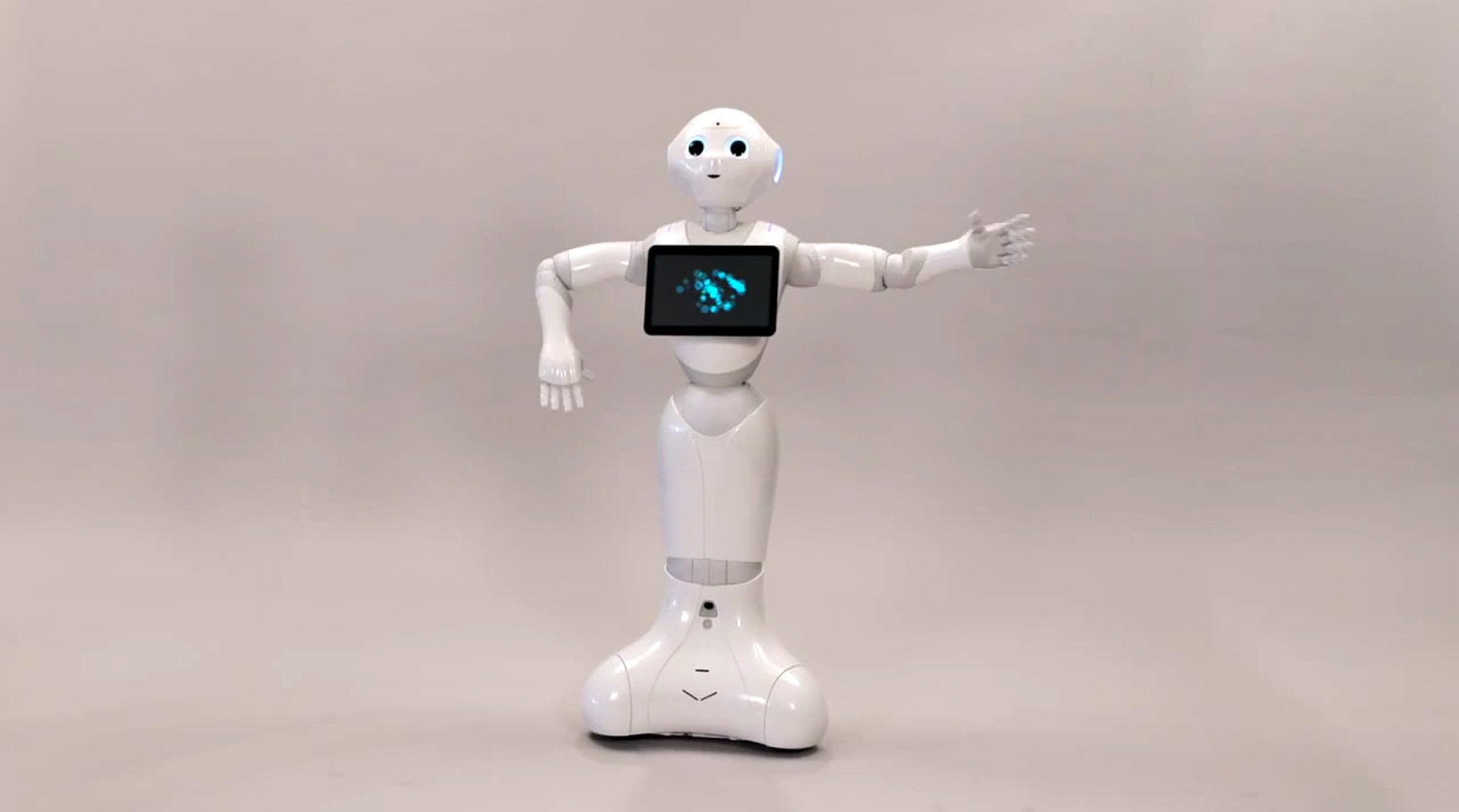 The natural inclination among robot developers is to make something that roughly resembles a human, with arms, a head, eyes, and so on. But Intuition Robotics’ incarnation is less of a physical home-helper than it is a mentally stimulating “buddy” that helps out with virtual tasks, much like smart personal assistants, such as Amazon’s Echo and Google Home. And this design was made with the target market in mind.

“The idea of having a robot companion is quite dystopian, especially for older generations,” explained Béhar. “Through years of research, we were able to develop a design language and user experience that feels natural, with subtle expressions to develop a unique bond between ElliQ and its owner. ElliQ could never replace human interaction, but it can be an important motivating factor in keeping older adults healthy and active when living alone.”

Following its stint at the Design Museum in London, Intuition Robotics will be rolling out a trial phase in the homes of older adults in the San Francisco Bay Area, starting in February.

The company hasn’t confirmed a price for ElliQ as of yet, but a spokesperson told VentureBeat: “We do target the product to be as affordable as other sophisticated consumer electronics products.”