“Having the support of established music companies like Sony, Shure, and Warner as well as music industry investors such as Plus Eight and Slaight is a vote of confidence and marks the start of a new chapter for Landr,” said CEO Pascal Pilon, who cofounded Landr in 2012 with Stuart Mansbridge. “This series B will allow us to take our knowledge and expertise in music technology to new market shifting directions.”

Landr provides a cloud-hosted mastering dashboard, imbued with AI that’s been trained on data from over 10 million tracks, that analyzes songs’ styles to create bespoke sets of audio post-production processors. (Algorithms make last-minute tweaks as needed, optimizing both custom and curated samples from top artists.) A suite of collaboration tools lets artists share tracks, leave comments, and access tracks from the cloud, and Landr’s distribution program enables them to publish to major platforms like Spotify and Apple Music without having to fork over a cut of their earnings. 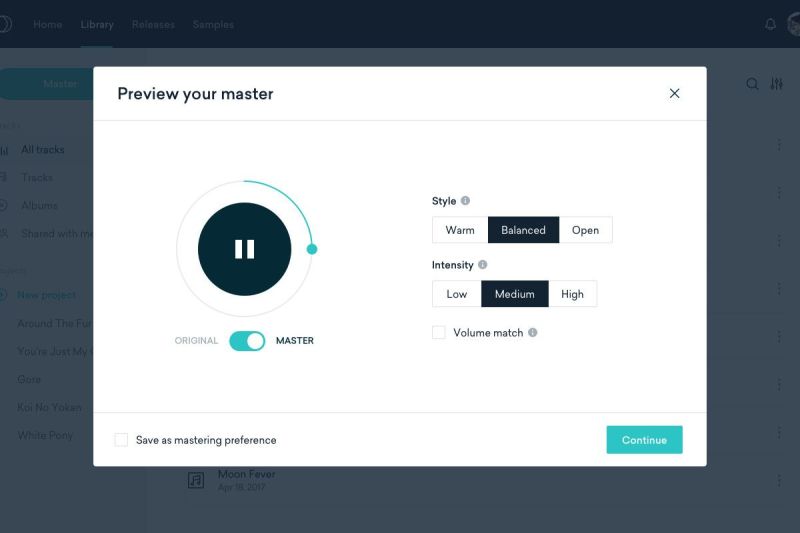 Landr recently rolled out multiple mastering styles, volume matching for playback, and other quality of life improvements, and the company revealed that it now releases thousands of tracks weekly on platforms like Spotify, Apple Music, and Amazon Music. Given that 2.5 million artists in 160 countries around the world have mastered and promoted over 12 million tracks with its tools, it’s perhaps unsurprising that Landr has attracted backing from big-name producers and artists like Hans Zimmer, Nas, Richie Hawtin, Pete Tong, and Tiga.

“Landr shows great development potential and the Fonds de solidarité FTQ is proud to support a company that has an impact in two sectors in which it believes in, artificial intelligence and culture,” said senior vice president of Venture Capital Investments at Fonds de solidarité FTQ Alain Denis. “Thanks to its promising technological platform developed here in Quebec, Landr provides an innovative tool for creators and musicians around the world, and helps them push the limits of their art.”

In addition to its Quebec headquarters, Landr has an office in Los Angeles.