Bespoke brand assets don’t come cheap. The average logo designer on freelance site Upwork charges about $45 per hour, and that’s only the base rate. Depending on the nature and scale of the job, it could end up being closer to $150 an hour — and that’s setting aside the opportunity cost of seeking out qualified talent.

Dawson Whitfield believes that artificial intelligence (AI) has the potential to quickly and cheaply cut through the noise. To that end, Logojoy, the Toronto-based startup he cofounded in 2016, taps AI algorithms developed on Google’s framework to generate original logos, banners, and other branding elements.

Logojoy will use the capital to expand its team of 33 full-time employees to over 50, Whitfield said, with an emphasis on growing its suite of developer tools and enhancing the capabilities of its AI platform. Logojoy is on track to bring in $8 million in revenue (up from $50,000 two years ago), and Whitfield expects that number to grow to $15 million (and 140,000 logos sold) in 2019. 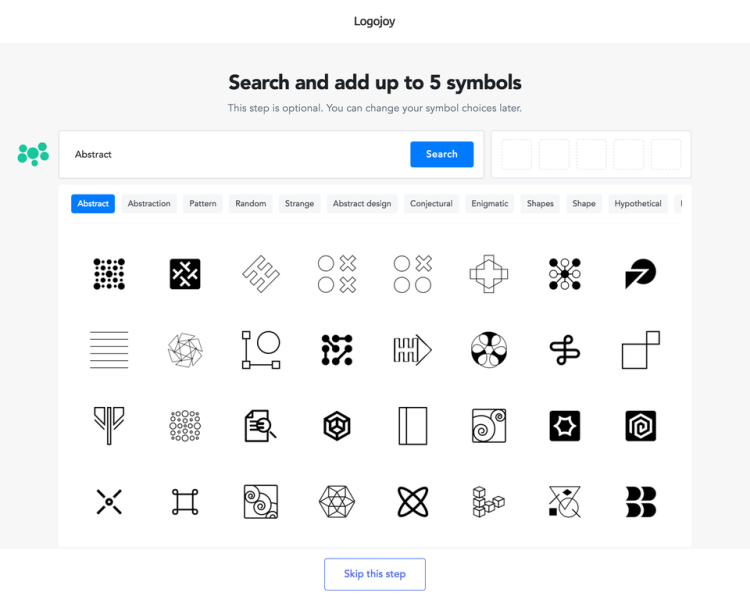 “Logojoy allows small business owners to get designs without having to fork over thousands of dollars,” Whitfield told VentureBeat in a phone interview. “It’s a graphic design platform with an AI-powered designer on the other side … Whether you’re designing a flyer or an internet ad or a restaurant menu, you want to … feel like you’re [working] with a graphic designer. We’re using AI to try to create the algorithm behind the scenes that’s there to help our customers with their design.”

Here’s how it works: Customers start with an “inspiration,” like a style, color, or icon that speaks to them, and enter their name or brand name. They then browse from pages of custom logos generated on-demand in less than 30 seconds. If they don’t see one they like, Logojoy’s AI system serves up more. After they favorite a few logos, they’re able to view auto-generated previews on business cards, T-shirts, and more, all of which update in real time as the logo’s edited. Finally, once they’ve selected a font (from 475 different choices), color (from 5,500 presets), and layout and tweaked the spacing, font size, and padding, they’re presented with a purchase screen, where they’re given the option to order the logo in high-resolution PNG and vector file formats sized for social media and physical products.

One low-resolution logo file costs $20, and Logojoy offers a $65 premium plan that includes multiple high-resolution file types and variations and allows unlimited changes and lifetime technical support (plus access to optional social media kit, business card, and brand guideline upcharges). Folks who upgrade to the $195 plan, meanwhile, get all of those benefits, plus a one-on-one consultation with Logojoy’s in-house graphic designer.

So what’s next for Logojoy? Currently, it’s working on a fully automated symbol and font generation system, Whitfield said — AI that effectively knows how to craft artistically appealing designs. He admits that it won’t be easy but says Logojoy’s domain expertise gives it a unique advantage over competitors like Tailor Brands. 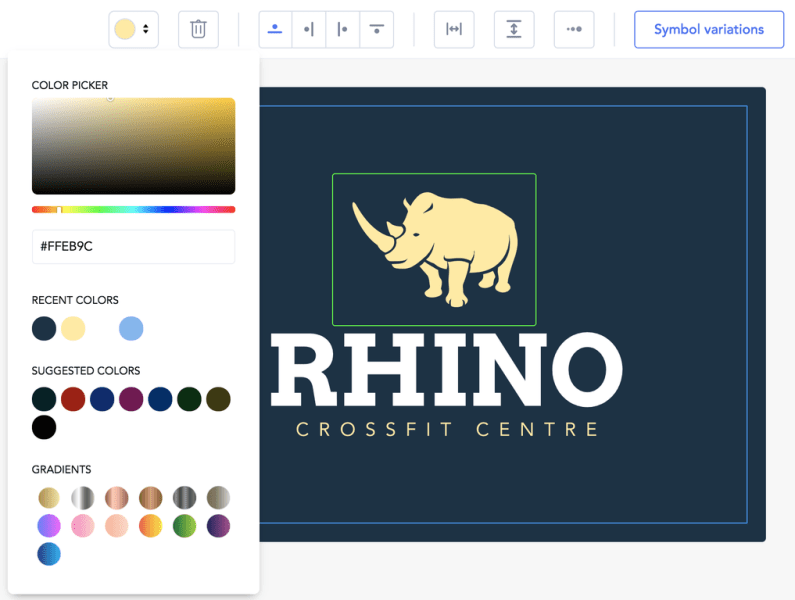 “The challenge is creating a system where the AI designer can learn from experience. If you’re designing 50,000 banner ads every day, you’re going to learn a lot about banner ads … so we’re working to put that system in place,” he said. “There are a lot of people trying to apply AI to design, and they’re going at it from a technical-first perspective and overpromising and underdelivering … We’re able to break apart problems and make really educated decisions about which problems and which pieces to attack first.”

But if Logojoy achieves its goal and deploys such a system, won’t it potentially steal jobs away from human graphics designers? Whitfield doesn’t think so.

“Our customers are usually very small businesses, and if they weren’t using us, most of them would be doing the design work themselves or getting it for free,” he said. “There will be a minor amount of designers’ jobs that go away if it’s designing a simple logo, but the way I see it, designers are smart — they’ll evolve along with the industry.”