While robots have already infiltrated manufacturing and business — from self-driving cars to automated workplaces — it’s the consumer space that is ripe for these machines. One area particularly suited is the home, and while we likely won’t see Rosie the Robot Maid from The Jetsons in the immediate future, companies  like Mayfield Robotics are working on making robots part of our residential lives.

Today, the company introduced its first intelligent robot, called Kuri, which is billed as not only being aware and mobile, but also having a personality designed to brighten up your home. This $700 machine is available for preorder in the U.S. today, with a $100 deposit.

A combination butler and mobile hub for your connected device, Kuri is designed to blend in like a member of the family, and brings to mind Wall-E’s Eve. Kuri comes equipped with a 1080p camera, a 4-microphone array, dual speakers, Wi-Fi and Bluetooth connectivity, and sensors that should prevent it from crashing into furniture or destroying property. You can program it to do certain tasks, and it supports IFTTT controls.

“While insanely cute on the outside, Kuri contains serious technologies on the inside that represent the latest developments in smartphones, gaming, and robotics,” explained Mayfield Robotics chief technology officer and cofounder Kaijen Hsiao in a statement. “We hope Kuri introduces people — especially kids — to the power of technology and can inspire a new world of possibilities for their future.” 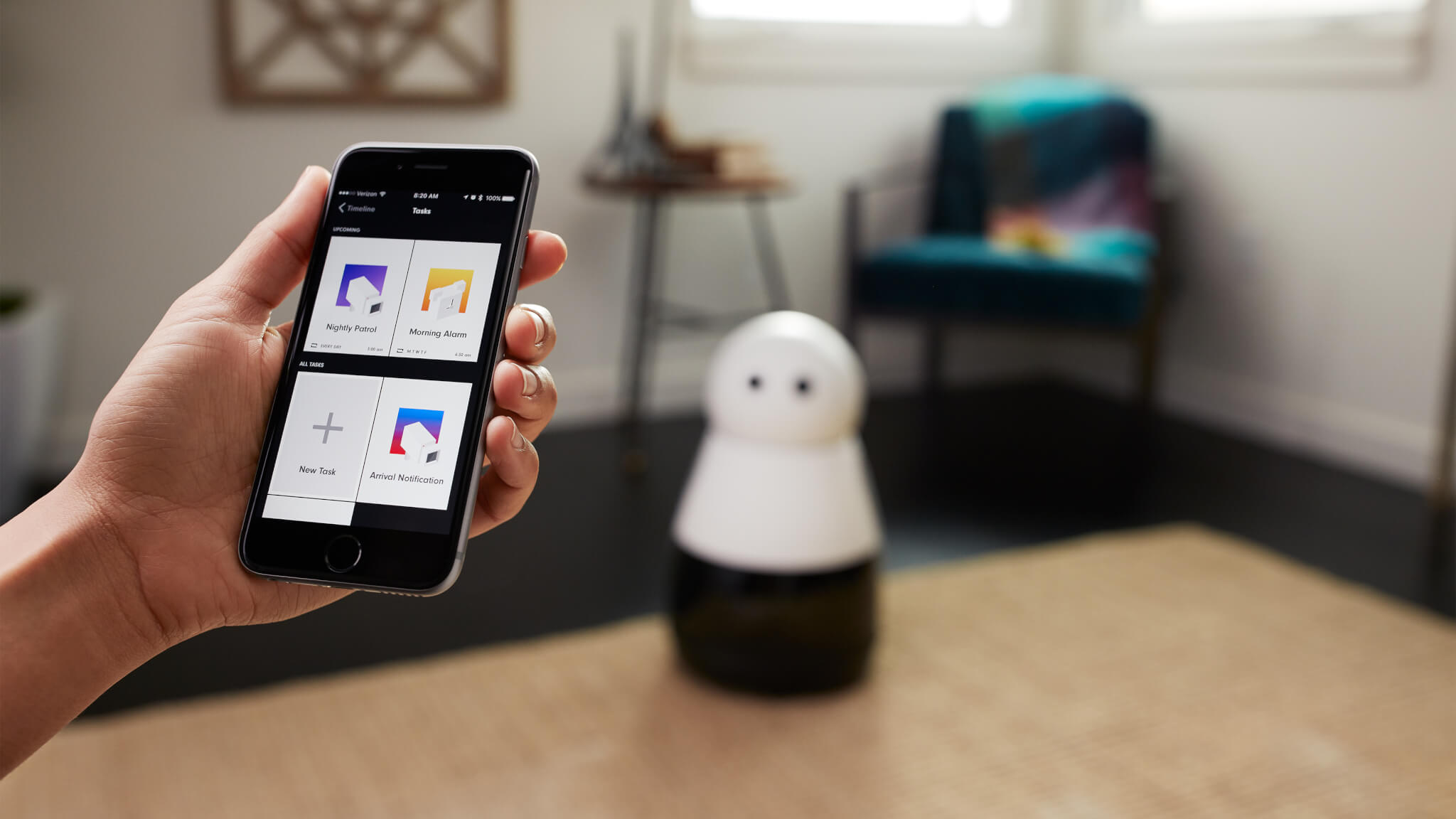 Targeted at “technically connected” professionals and equally savvy families, Kuri appears to be more than just a regular robot that activates when you need it. It can roam through your house nonchalantly, entertain your children, play music while following you around, read an audiobook out loud, turn off your lights, answer questions (such as “what’s the weather?”), and more. With its built-in camera, you can use it to monitor what’s going on in your home at all times.

While Kuri does have a battery, it comes with a charging dock, and you can instruct it to recharge by giving it audible commands. There is also an iOS and Android app for setup and control capabilities.

This is the first robot Mayfield Robotics has built for production, but it took a while to settle on the final design. According to company chief executive Mike Beebe, dozens of prototypes were created.  “We decided that we didn’t want to include a screen or a human voice. Instead Kuri speaks robot. His chirps and beeps were carefully designed to follow tonal cues from the English language,” Beebe told VentureBeat.

“We realized that if Kuri had a screen, and the screen showed anything other than eyes, Kuri would break character and become an object. Kuri’s chirps and beeps, combined with his physical eyes that express emotion, make him approachable and help to bring out his personality, so he’s not just another iPad on wheels.”

While there are numerous in-home robots currently on the market — such as the Asus Zenbo, SoftBank Pepper, Jibo, the Roomba vacuum, and the Amazon Echo — Beebe believes Kuri is in a category of its own:

Kuri is defining a new category for home robots; he falls in the middle of utility and entertainment. Kuri’s Bluetooth, wireless, autonomous, and recording capabilities give him the ability to perform several actions, and, on the other hand, Kuri’s personality, his adorable chirps, beeps, and expressions offer a sense of companionship and entertainment — things you can’t get from a utility-based robot. Kuri is built to connect with others, and in many ways, he is creating an entirely new category of robots.

Preorders for Kuri begin today with plans to begin shipping the robot in late 2017.