For the better part of two years, the folks at Mozilla have been diligently chipping away at Mozilla WebThings, an open implementation of the World Wide Web Consortium’s (W3C) Web of Things standard for monitoring and controlling connected devices. In April, it gained a number of powerful logging, alarm, and networking features, and today, a revamped component of WebThings — WebThings Gateway, a privacy- and security-focused software distribution for smart home gateways — formally debuted.

Experimental builds of WebThings Gateway 0.9 are available on GitHub for the Turris Omnia router, with expanded support for routers and developer boards to come down the line. (Separately, there’s a new build compatible with the recently announced Raspberry Pi 4.) Mozilla notes that it currently only offers “extremely basic” router configuration and cautions against replacing existing firmware, but the company says that it’s a noteworthy milestone in its path to creating a full software distribution for wireless routers.

For the uninitiated, the new distribution of WebThings Gateway is based on OpenWrt, a Linux operating system targeting embedded devices. It’s aimed at off-the-shelf consumer routers and can act as a Wi-Fi access point, an improvement over previous WebThings Gateway releases that could only connect to existing wireless networks as clients. 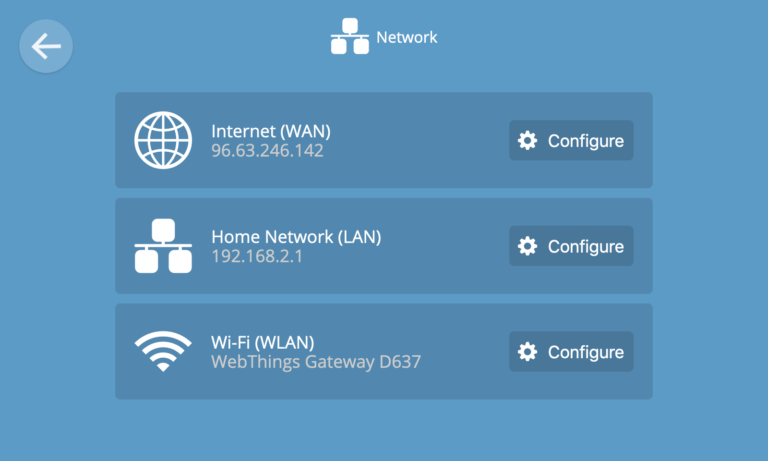 As for WebThings, Mozilla announced it as Project Things back in February 2018, several years following the creation of a research group at W3C dedicated to the Web of Things. At the most basic level, it seeks to reuse programmable (e.g., HTTP and JSON), semantic, real-time (WebSockets), and social (OAuth) web standards for an app layer that simplifies internet of things deployment and management.

On the internet of things side of the equation, WebThings Gateway 0.9 introduces a type of add-on called notifier add-ons, which creates sets of so-called outlets that can be used as outputs for rules. For example, they can be used to program a trigger that sends an email with a custom title, message, and priority when sensors reporting to WebThings detect motion. 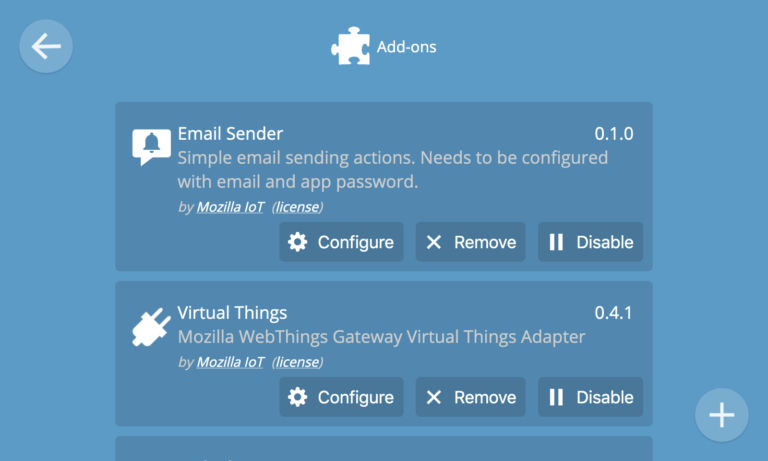 Additionally, WebThings Gateway 0.9 and the accompanying 0.12 release of the WebThings Framework libraries bring changes to Thing Descriptions that align them with the latest W3C drafts. Namely, “name” is now “title,” and there are experimental new properties of the Thing Descriptions exposed by the gateway.

The previous release of WebThings Gateway — version 0.8 — brought a new logging capability that allows users to privately record data (like temperature) from their smart home devices, and to visualize that info with interactive graphs. It also added new alarms capabilities for devices like smoke, carbon monoxide, and motion detectors, enabling users to check whether an alarm is currently active and to configure rules to alert them if any of those alarms are triggered while they’re away.