A faster, near real-time Google Assistant made its debut at a hardware event held today in New York, where the flagship Pixel 4 smartphone was also unveiled. The next-generation Google Assistant can be used to open apps and deliver automated speech transcription from voice recordings, as well as using multi-turn dialogue to respond to multiple commands or queries.

Google Nest smart speakers got the ability to respond to multiple voice commands with a single utterance of the “Hey Google” wake word in June 2018, while smart displays got the same Continued Conversation feature back in May.

Google first showed a version of Google Assistant up to 10 times faster at its developers conference in May. In an onstage demo at the time, a Google employee showed how the assistant can be used to set a timer, check the weather, and answer questions. 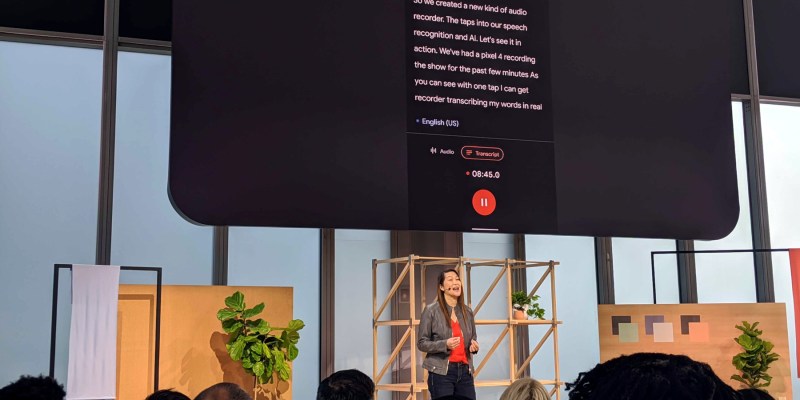 Above: Screenshot of automated speech transcription

Faster responses to questions make it more likely users will turn to conversational AI from the likes of Google Assistant, Alexa, and Siri to carry out tasks.

In an effort to make more fluid experiences with AI assistants, Amazon also introduced the Follow Up Mode, so you can ask Alexa to carry out more than one voice command after saying the “Alexa” wake word.