After a leak several days ago, Ring today officially announced its third-generation flagship video doorbell: The $229 Video Doorbell 3 Plus. It ships on April 8 (April 28 in Canada) with a unique three-camera module that combines the imager with the image signal processor to yield ultra-low-power performance, which Ring says affords customers peace of mind that the entries to their home — such as the front door, porch door, and garage — are always being monitored.

Ring says the Video Doorbell 3 Plus module consists of three separate cameras that, when working together, are able to capture the entire field of view, in addition to the main sensor on the device. In order to preserve battery life, the three new cameras record in black and white, in lower resolution, and at fewer frames per second. That’s in contrast to the Video Doorbell 3 Plus’ main camera, which records in color and at a higher resolution of 1080p HD.

On the software side, the Video Doorbell 3 Plus stitches the images captured into one seamless video. The images aren’t recorded as video, but more like a photo time lapse — the software processes the individual frames into a steady video, accounting for auto-exposure on-camera. This enables the new “near” motion zone, which works from five to 15 feet in front of the Video Doorbell 3 Plus. The Video Doorbell 3 Plus ships exclusively with what Ring calls Pre-Roll. When enabled, Pre-Roll shows the four seconds of black-and-white video that was recorded on the camera’s local memory before motion is detected, delivering more context behind what triggered a Ring app notification. (Ring notes that Ring Protect subscribers can optionally store footage in the cloud.)  Customers who answer a motion notification with Live View on their Ring app can simultaneously review the Pre-Roll video that was taken before the motion sensor was triggered as a “picture-in-picture” experience to get the full context.

It’s worth noting that competing cameras, like the Arlo Video Doorbell, have offered such “predictive” motion features for a while. So do Ring’s wired doorbells. But Ring asserts that the technology behind Pre-Roll, which took two years to engineer, is more sophisticated than what’s come before.

“Adding a feature like Pre-Roll to a battery-powered Video Doorbell [3 Plus] requires an incredible amount of engineering and invention in order to find the right balance of battery life and performance,” wrote Ring in a blog post. “In 2017, we added a similar feature to our hardwired devices — and customers loved it. While it took time, we were first able to develop this new feature for a device with hardwired power, since you don’t have to worry about that balance between battery life and performance.” 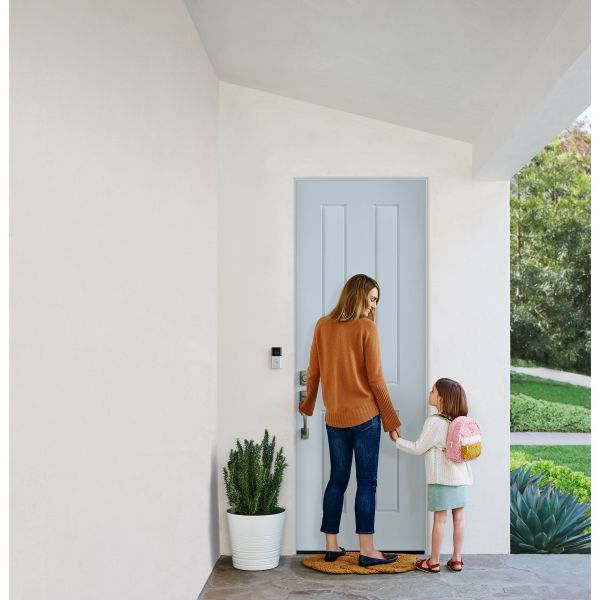 Other Video Doorbell 3 Plus highlights include night vision, dual-band 2.4GHz and 5GHz Wi-Fi connectivity, two-way talk, and advanced motion settings with adjustable zones. Ring is offering customers 30 days of Ring Protect, which normally costs $3 per month per device (or $30 per year) and which includes video recording and photo capture. Subscribers to Ring Protect also get the ability to look back at their motion events history and view the four seconds of Pre-Roll stitched together with the video that’s recorded on the main camera.

The Video Doorbell 3 is substantively similar to the Doorbell 3 Plus, right down to the new “near” motion zone. However, it lacks the Plus’ Pre-Roll feature, and it starts at $199 instead of $229.

As for the refreshed Chime Pro, it includes a built-in nightlight, as well as a Wi-Fi extender to improve connectivity across Ring devices. Both it and the new Chime are compatible with all Ring doorbells and cams and provide real-time audio notifications when a Ring device detects motion or when someone rings the doorbell. 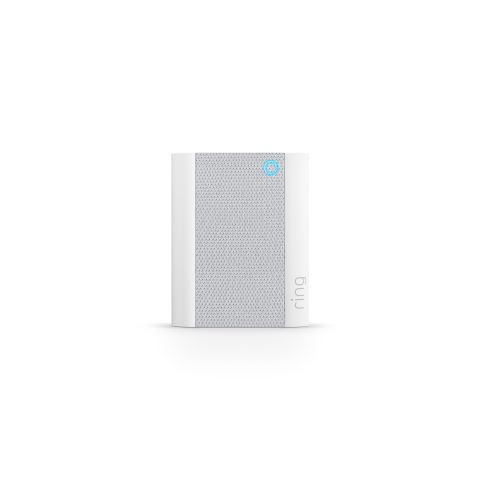 Above: The new Ring Chime.

The Ring Video Doorbell 3 will be available starting April 8 in the U.S., and the all-new Ring Chime and Chime Pro are available for preorder today on Ring.com and Amazon.com for $29 and $49, respectively.

“At Ring, we are continuously pushing the boundaries to bring the most innovative devices and features to our customers,” said Ring founder and chief innovator Jamie Siminoff in a statement. “While features similar to Pre-Roll have been available on our wired devices, we believe it is important to also offer this feature to users with a battery-powered Video Doorbell so that no one ever misses a moment at their doorstep. With Ring Video Doorbell 3 and Ring Video Doorbell 3 Plus, we’re excited to continue bringing customers even more home security options while keeping user privacy and control front and center.”