Drowning is the third leading cause of accidental death, according to World Health Organization (WHO) data, with an estimated 320,000 fatalities each year globally. While lifeguards play a crucial role in helping safeguard beaches and pools, the human eye struggles to spot swimmers in distress in large crowds or at a distance — with or without the help of binoculars. Sightbit is harnessing AI to alert lifeguards to potential drowning incidents, as well as flagging other hazardous situations, such as unattended children and rip currents.

Founded in 2019, Israel-based Sightbit is a spinout from Ben-Gurion University of the Negev (BGU). The public research university invests in alumni via its Cactus Capital VC fund and has provided pre-seed funding to Sightbit, which is currently raising additional funds as part of a seed round. “Investors around the world have reached out to us, and we have already received funding offers,” Sightbit cofounder and CEO Netanel Eliav said.

Sightbit augments standard off-the-shelf cameras with software it says is based on deep learning and computer vision technology, with convolutional neural networks for object detection. Eliav told VentureBeat the system was trained on “tens of thousands of photo stills” to help detect and de-escalate dangerous situations.

Sightbit’s system rates sections of a beach using a risk assessment model that considers crowdedness and weather conditions and then estimates how many lifeguards are needed on a given day. The system issues real-time alerts for things like swimmers who appear to be struggling, while predictive analytics can help lifeguards anticipate risk and take preventative actions. A single camera can be stretched to cover roughly 1,000 feet (300 meters) of shoreline, though an area this size is typically covered by three cameras.

“Sightbit warnings appear as flashing boxes around individuals and hazards,” Eliav  said. “The lifeguard can click on the alert, and then the program zooms in … and sees exactly where the alert is.”

Above: Sightbit in action

Sightbit’s system could fundamentally change lifeguarding practices, with watchtowers and binoculars replaced by screens and automated alerts. However, the company isn’t pitching its service as a replacement for human lifeguards. It’s more about augmenting current methods, including the cameras already being used on some beaches. With Sightbit, lifeguards at a command center can continue monitoring with their naked eye while responding to alerts as they come in on their screen.

“Humans aren’t optimized for sitting in a tower and tracking swimmers,” Eliav said. “It’s just not something that people are built for. For the short-term, at guarded beaches, Sightbit is simply an assistant to the lifeguard to help them do their jobs even better. No lifeguard can watch all swimmers, all the time — but Sightbit can. And lifeguards cannot always see swimmers far off to the side of the tower. But Sightbit can provide extra vantage points.”

Lifeguards were consulted in the design process, according to Eliav, and the system doesn’t require any special training. A monitor displays a panoramic view of the water and the beach, similar to a security camera display, while a dashboard is superimposed over the video feed, and multiple views are available on a single screen. Additional data can also be displayed, such as the number of people, weather conditions, and whether there are rip currents. Each lifeguard can control which alerts and hazards they wish to see.

The technology could also help safeguard beaches when fewer lifeguards are available or could be used on stretches of coast that have no lifeguard service.

“Unguarded sites constitute the majority of swimming sites,” Eliav said. “Today in the U.S. alone, less than half of all coastal beaches that [are] designated for swimming have lifeguards at any time. And of course, when lifeguards are stationed, it’s typically just during the summer months, not for all daylight hours, and only at the most popular spots along the beach.”

While lifeguards need to be nearby to avert drowning incidents, not all sea hazards require immediate intervention, which allows time for emergency services to get to the scene of an incident.

“In particular, swimmers caught in rip currents do not usually drown immediately, only after they are tired and are being swept out to sea,” Eliav continued. “Our software can pinpoint and track a swimmer’s location, and when necessary we can bring rescue tubes to swimmers in distress via small drones.” 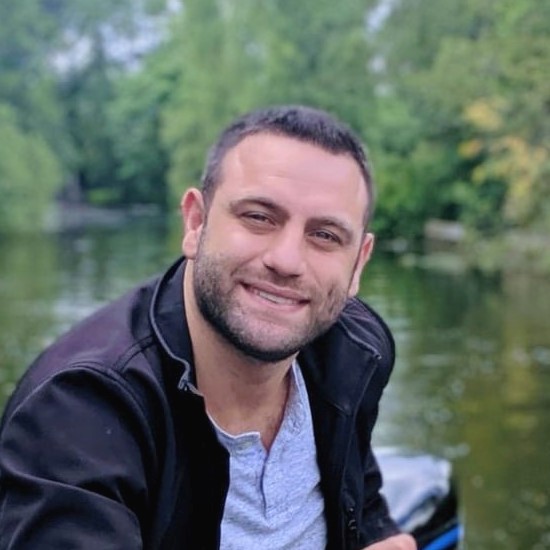 Sightbit recently launched its first commercial pilot program at Israel’s Palmachim Beach, which claims more than a million visitors during the summer season, and is currently being used alongside five lifeguards. Phase one of the installation, which launched last month, covers 400 meters (1312 feet) of the beach, while phase 2, starting next week, will cover an additional 400 meters.

“We are examining how lifeguards use the system in terms of testing the interface and considering how the system is integrated into lifeguards’ daily practices,” Eliav explained.

A number of similar “smart beach” initiatives are underway around the world. These include the Smart Beaches project in Australia, where sensors are deployed to count visitors and spot dangerous conditions, allowing lifeguards and local authorities to allocate adequate resources. A number of other companies are working on proactive alert systems for lifeguards, including Sweden’s SwimEye, which has built a computer vision system that places a camera underwater in swimming pools, and Israel’s Coral Detection Systems, which offers a similar product.

While Sightbit’s technology could be deployed anywhere swimmers can be found — including pools — the company is initially targeting beaches. The program’s success will depend on its accuracy and dependability, and there’s a risk lifeguards could become overly reliant on a technology that hasn’t yet been fully tested in a live environment. But Eliav is confident the technology will prove itself, assuming it’s used correctly, and the company is currently planning additional pilots on beaches across the U.S and Europe.

“Sightbit is focused on early detection of dangerous situations that can lead to drowning,” Eliav said. “The system will be able to detect these situations to 99.9% accuracy.”