Burner has launched another chatbot to demonstrate the potential of its mobile application and service. With Hostbot, hosts of short-term vacation rentals through Airbnb, HomeAway, VRBO, or their own means can communicate with their guests over SMS.

Developed alongside Voxable, which also co-created the Ghostbot app with Burner, Hostbot is a way to streamline communication. It could be helpful for hosts who manage multiple listings across platforms and opt to use a disposable phone number. Hosts first download the Burner app, authenticate with their credentials, and then can program responses to frequent questions their guests may have.

Guests don’t have to download anything — they just submit questions through SMS messaging and Burner’s system uses natural language processing to understand what’s being asked. Questions can range from “What’s the Wi-Fi password?” to “Where’s the washing machine?,” and Hostbot will automatically respond with the answer. However, if the chatbot doesn’t know how to answer a question that’s asked, it will route the message directly to the host. 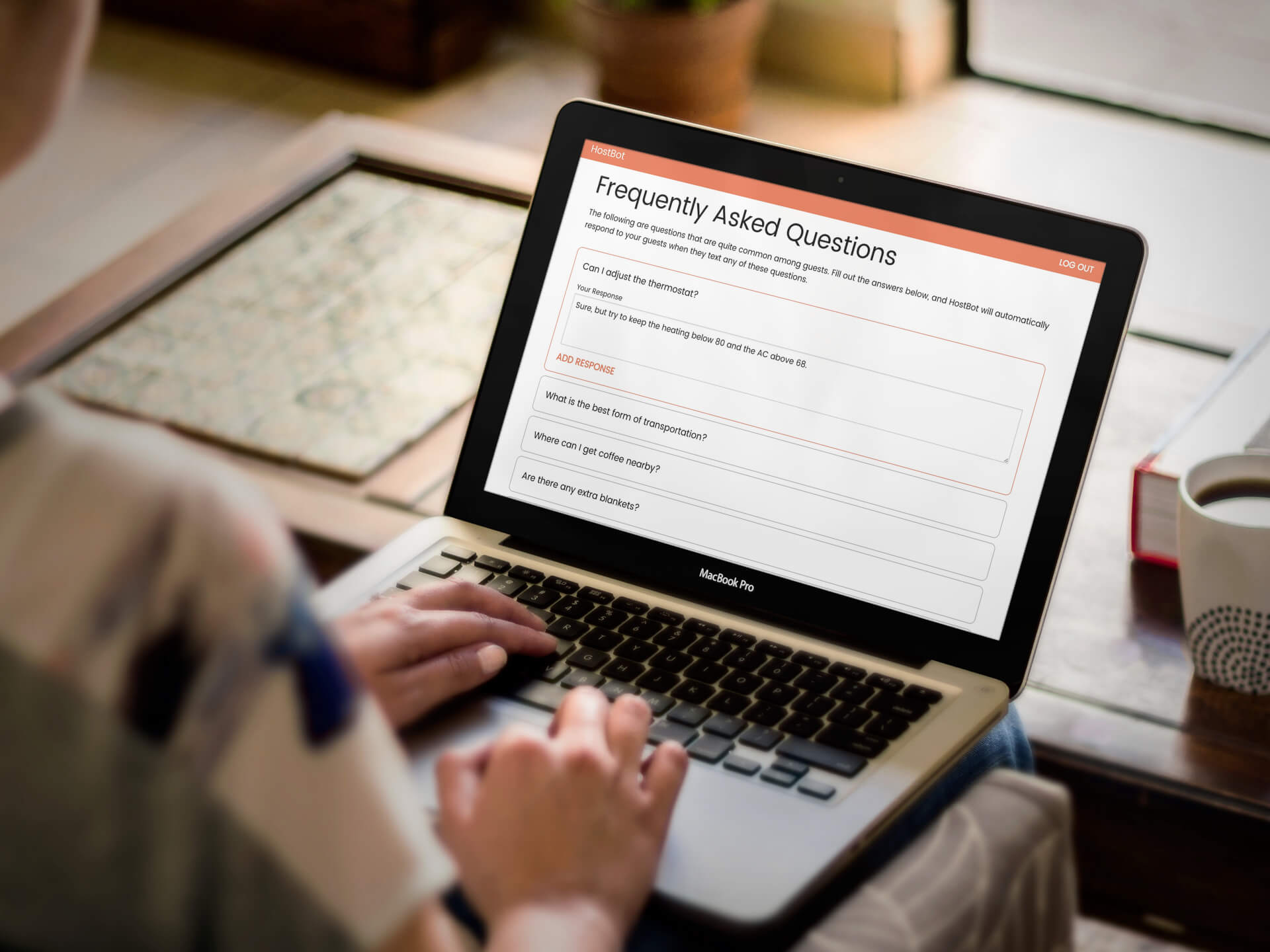 Although Hostbot is useful for hosts on Airbnb, HomeAway, and VRBO, Burner said that it does not have any formal relationship with these companies. Rather, the tool is a way to showcase the potential of Burner’s API for developers that has become available to the public for the first time.

Opening up an API allows developers to produce apps with more native integration of data without requiring advanced training to program webhooks. Burner launched its first developer tool in November, which gives third parties a way to connect accounts with applications to control the smart home or find some other use cases around a phone number.

“We had been doing internally first-party connections, connecting Burner with apps like Dropbox and Slack,” remarked Burner CEO Greg Cohn. “The goal here [with the API] is to open that up so other people can do things like that. Webhooks was a step in that direction, but had limitations.” 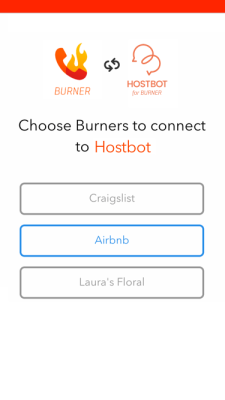 Webhooks will continue to exist, and developers can use it alongside the API. But Cohn highlighted that Burner’s API “opens up more capabilities that developers can do programmatically, like changing phone numbers, reading contacts, and doing things in real time with messaging. The things we did with connections like Google Sheets, Ghostbot, and Dropbox can be done with the API now.”

He indicated that webhooks primarily sits at the messaging level. But with an API, access to rich client capabilities arises, giving more opportunities around messaging and voice at the telephony level.

The public API also includes support for OAuth 2.0, a way for developers who want to enable voice and text communication to embed Burner’s smart number capabilities into their own apps. “OAuth is useful when you want to enable a user in another service or anywhere outside Burner to securely identify and connect with their Burner account,” Cohn explained. “If you’re building an app and you want to push information [to the app] or want to read the number associated with [the user’s] Burner line and post it in a profile, you’ll need [the user] to approve the connection and give permission.”

He offered up some examples of what developers could do with the API, including being able to modify settings on Burner based on outside conditions; make changes to a user’s calendar; modify ringer settings on the phone based on the time of the moon, store hours, or calendar; add people to a user’s contacts; or perhaps integrate with a customer relationship management (CRM) system so that any time a lead form is filled out or a reservation is made, the phone number and contact information is placed onto a Burner list. 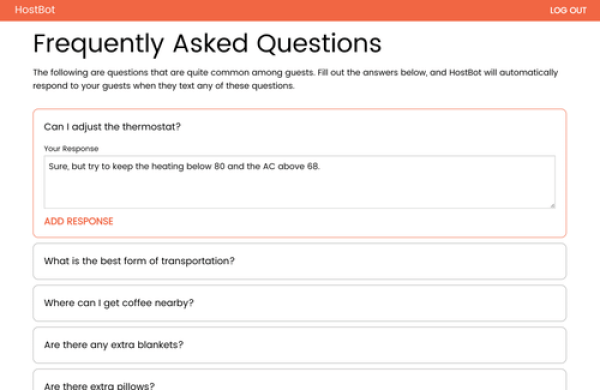 Above: Burner’s Hostbot lets Airbnb, VRBO, and HomeAway hosts set up an FAQ for guests.

“As an end user, there’s not much you can do with an API — you have to look for the integrations,” Cohn said. “But [the developer tool] builds on the value proposition that Burner is thinking about, taking the phone number and treating it as software….”

Since launching its developer program in November, the company has partnered with various partners, including integration service Zapier. With the release of a public API, Burner has upgraded its relationship, becoming a first-class integration with Zapier, which means that anyone can look for a dedicated channel and connect with supported apps. “We’re thinking about the increasing numbers of small business users on Burner. Zapier is a way to make available the long tail of integrations and customizations,” Cohn stated.

“We’ve been dogfooding this with apps like Ghostbot and … Hostbot, and want to open this up to the developer community,” he went on to say. “Using the API, developers can build rich application extensions to Burner in ways that they can’t with carrier numbers, and in ways that would otherwise require a lot of ‘last mile’ work as well as customer care and feeding if built on a bare-bones ‘telephony’ API.”