AI in commerce is a fast-growing — and highly lucrative — industry. A recent report published by Juniper Research predicts that global retail spending on AI and machine learning will reach $7.3 billion per year by 2022, up from an estimated $2 billion in 2018. Stores with and without brick-and-mortar presences cite cost savings, increased productivity, and more informed business decision-making as the leading adoption drivers; that’s part of the reason why retail AI deployments experienced a sevenfold increase from 2016, according to Capgemini.

Vue.ai is looking to cash in on the trend, and it’s raising venture capital to lay the stage for its next round of growth. The Fremont, California-based subbrand of AI startup Mad Street Den today announced that it’s raised $17 million in a series B financing round led by Falcon Edge Capital, with participation from Sequoia Capital India and KDDI Innovation Fund’s Global Brain. It brings its total raised to $27.5 million, the bulk of which CEO and Mad Street Den cofounder Ashwini Asokan aid will be used to expand its workforce and acquire new clients.

“The future of retail is entertainment. The experience economy we see today is the start of that era,” said Asokan, an Intel Labs veteran who founded Mad Street Den with her husband, Stanford graduate and neuroscientist Anand Chandrasekaran, in 2016. “Brands are shifting to designing worlds that consumers want to be a part of and that has to integrate with the new ways people shop. Vue is the electricity that powers all these complicated and important retail functions so retailers can focus on the business of entertaining you.” 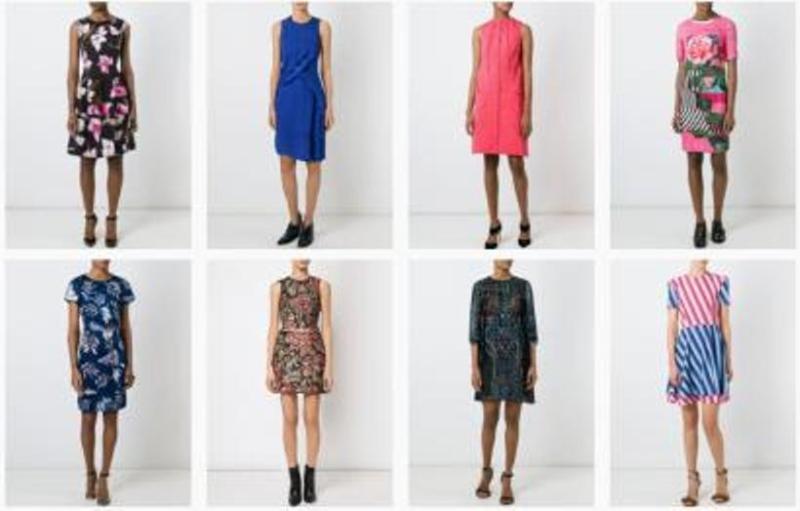 Vue.ai, which in three years has experienced 200 percent annual revenue growth and seen household names like Macy’s, Levi’s, Diesel, Thredup, Tata, and Mercadolibre join its customer base, offers a suite of seven products designed to automate management and merchandising processes and personalize omnichannel customer experiences. In an internal study, the company claims that online shoppers spent upwards of 72 minutes on websites where its software was deployed, compared with 25 minutes on sites without it.

So what’s on offer in Vue.ai’s marketplace? There’s VueTag, an AI-powered object recognition service that tags and categorizes up to 30,000 product images per hour across over 250 attributes including color, pattern, length, neckline, and more. (Vue says it’s served over 240 million tags and attributes to date.) Another feature on tap is VueStyle, an “AI stylist” that surfaces outfits which match shoppers’ style preferences and tastes, recommends products in a range of categories, and optionally automates things like subscription box curation. And in VueCommerce, VueFind, and VueMail, Vue.ai provides an omnichannel personalization solution that sends millions of personalized emails to shoppers, leverages computer vision and natural language processing to deliver contextual product search results, and delivers real-time style recommendations.

Perhaps the most technically impressive tool in Vue.ai’s retail arsenal is VueModel, which employs a sophisticated model to generate on-model fashion imagery. Specifically, it taps a generative adversarial network — a two-part AI algorithm consisting of generators that produce samples and discriminators that attempt to distinguish between the generated samples and real-world samples — that susses out clothing characteristics and learns to produce realistic poses, skin colors, and other features. From uploaded product images, VueModel — which Vue.ai pegs at five times the speed of a traditional photo shoot — can generate model images in every size.

Of course, Vue.ai has competition in startups like Trendage, which uses AI and crowdfunded fashion expertise to help retailers make the right recommendations for shoppers, and Singapore-based ViSenze, which recently raised $20 million for its ecommerce-tailored computer vision platform. But Sequoia Capital India CTO and director Anandamoy Roychowdhary believes Vue.ai has advantages in both its technical expertise — Vue.ai’s team hails from IBM, Intel, and DARPA — and its well-diversified parent company, Mad Street Den, which is actively developing AI products not only for retail, but for engagement analysis, internet of things, and mobile gaming.

“The Vue.ai team is on a mission to put AI and intelligent automation in the hands of teams across the globe in ways that improve productivity and growth multi-fold,” said Roychowdhary. “We’ve seen incredible growth in how they’ve brought this value across multiple functions in the retail industry in just two years since we started this journey with them. Sequoia India is excited to partner with Falcon Edge in this round, enabling Ashwini and Anand to scale Vue.ai globally.”