Samsung’s reach stretches across nearly every part of the home, from appliances to televisions, computers, tablets, light bulbs, and smartphones. And the company isn’t stopping there — it’s also extending itself into third-party connected devices through its SmartThings offering. And as it builds out an ecosystem for the home, the next step is to offer a way for consumers to communicate with the devices in a way that feels normal.

“At a greater level, you have to think about how to make the voice technology easy to use and user-friendly so everyone embraces the technology,” remarked Won-Jin Lee, Samsung’s executive vice president for its video display business. In an interview with VentureBeat, he explained the way to accomplish this is with a service that’s conversational, personalized, and contextual.

“The idea is to create a corporate-wide AI voice system that’s applied to all products that we offer,” he said. At the heart of this effort is Viv Labs, the virtual assistant startup Samsung acquired last year for around $215 million. Over the course of this year, Lee promised that we’re going to see more implementations of Viv Labs’ technology into the Samsung ecosystem. 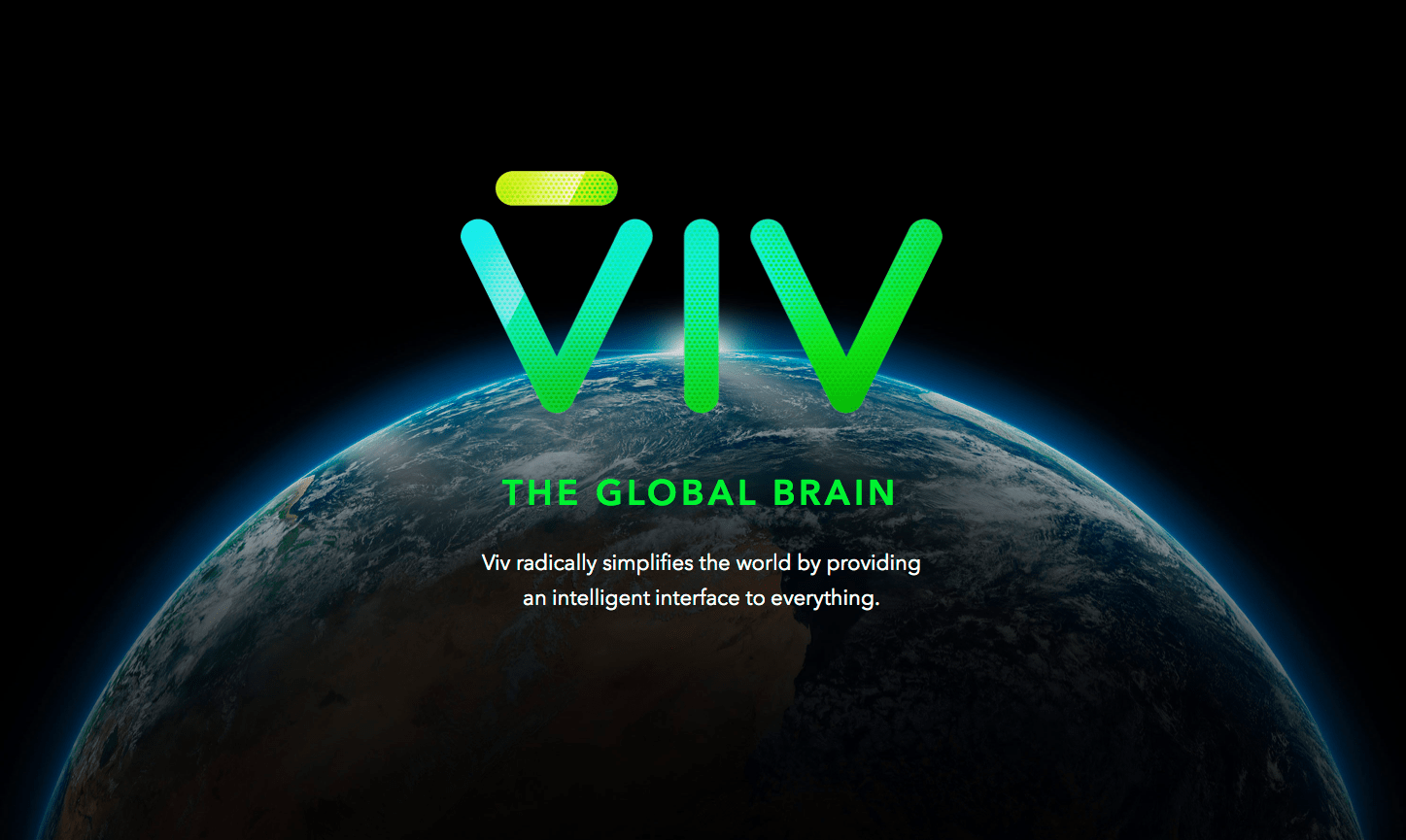 When pressed for additional details, Lee demurred, but a company spokesperson later told me: “Samsung has been developing its own voice recognition technology and through the Viv platform, processed user queries are connected to services that best meet their needs.”

Rather than just acquiring the technology and rushing it out the door to all its customers, Samsung may be being more deliberate. “You really have to think about how to make the voice technology easy to use and user-friendly so everyone embraces the technology,” Lee explained. He highlighted three things that must be accounted for in the process: The service has to be conversational like you’re talking to another human being. It has to be personalized to provide relevant information. And it has to be contextual, meaning possessing an awareness of the situation to be useful.

“The introduction of AI into consumer systems is a really interesting development and will provide businesses like Samsung not only a new interaction challenge for their customers, but it’s also one that raises the level of sophistication of their devices by giving them intelligence that they can’t get from a less personal interaction method,” remarked Brian Blau, an analyst at Gartner. 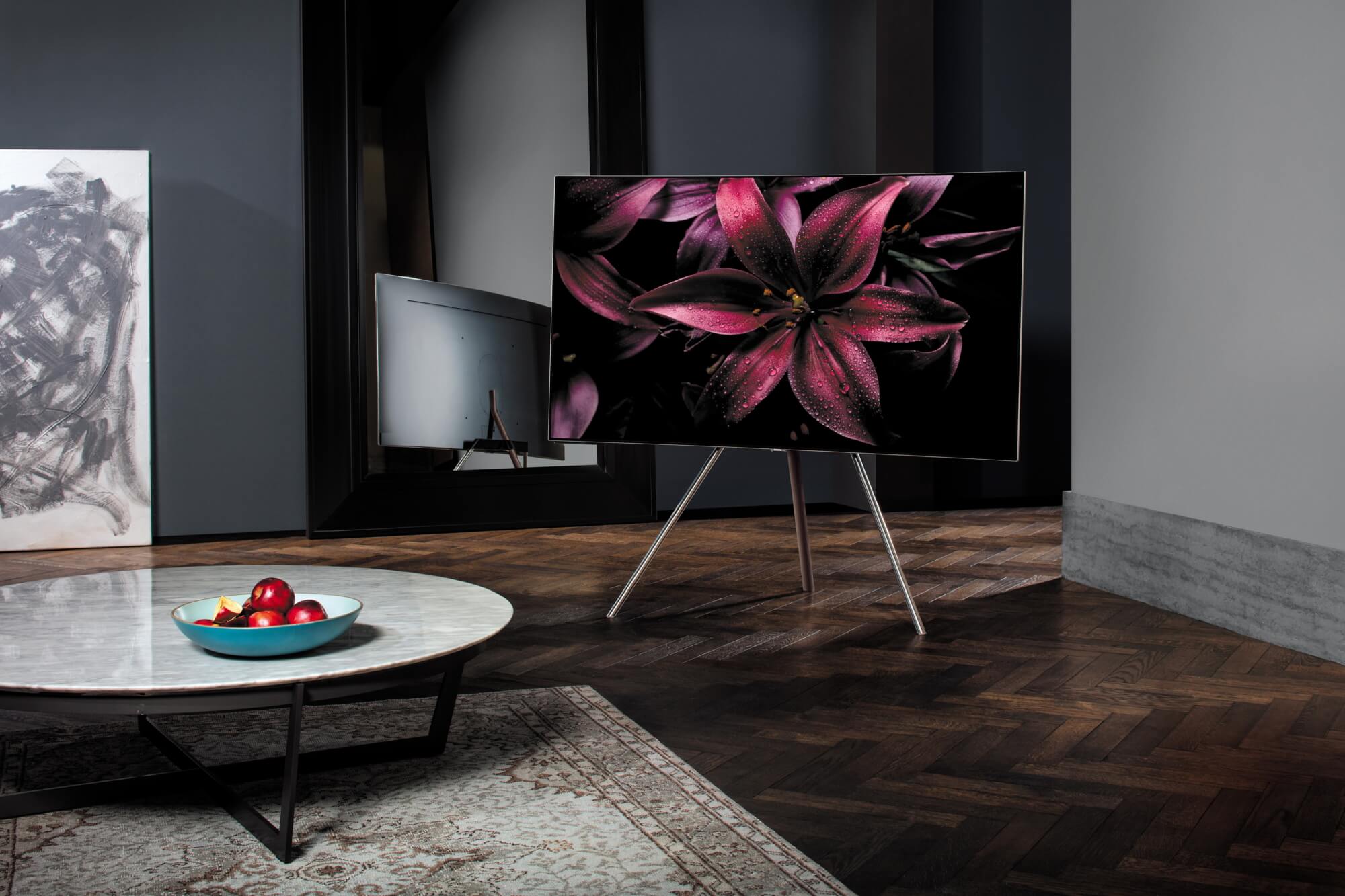 It’s clear that viewing behaviors have changed over the past few years, from cable subscriptions to cutting the cord to consuming video online exclusively. But the television is still the central hub for entertainment in the home.

Samsung, like most manufacturers, wants to make more money by showing the value of having a 55-inch or 65-inch screen in your living room. Part of that strategy involves its enhanced Smart TV hub. At this year’s Consumer Electronics Show, Samsung introduced an update that provides functionality similar to Google Chromecast, where you can beam content from your phone to the larger screen. The company also offers iOS and Android apps that let you control the TV by voice or by tapping on a screen, which Lee describes as being able to “take the TV remote to the next level.”

“Our goal is to eliminate the need for a TV remote,” he said. “If you look at this from a practical standpoint, it’s much easier to press your channel up/down button than telling your TV to change the channel. … I’m not interested in telling the TV to channel up or down. I can certainly do that with the press of a button, so we’re tackling the hard problems.”

Samsung is already using AI in its smart hub to personalize content you might be interested in. It’s curating music and sports based on your viewing and listening habits, and Lee suggested more verticals would be added throughout 2017, such as gaming: “There are many different sources of gaming content, and we want to give you a very consolidated or cohesive view of all the videos that are coming from many sources.”

The company is also believed to be working on an AI assistant called Bixby, which some suggest is a byproduct of its “S Voice” service made for the Galaxy device, that will compete against Google Assistant and Apple’s Siri. Beyond that, it’s only a matter of time before we could see another voice-enabled AI offering geared towards the Internet of Things, a la Google Home or Amazon Echo.

Blau hopes to see further integrations of Viv into Samsung’s ecosystem of products, including smartphones, TVs, and appliances. “At first it will be rudimentary voice control, but over time it will gain in complexity and likely will be integrated as a core feature of Samsung’s consumer device,” Blau said.

Patrick Moorhead, principal analyst for Moor Insights & Strategy, agrees with the approach Samsung is taking. “The big idea here is to enable all Samsung products to use a common AI platform and thereby improve the experience. AI is only as good as its data and algorithms, and it improves by having it on every household appliance, living room, mobile device, and in the car,” he remarked. “I’m expecting Samsung to tie together all of their products and services using Viv.”

As Samsung develops AI features for its televisions and phones, it might seem like it’s being done independently, but analysts believe that the foundation for all of this will be Viv’s technology. We could start to see some of the most recent innovations coming with the launch of the Samsung Galaxy S8 smartphone later this month.

“Consumers are already addicted to their technology, smartphone are almost ubiquitous, and engagement on those devices is fairly high,” Blau explained. “To add value, providers must look at ways to extend functionality, and voice and virtual personal assistants, driven by AI systems, can bridge the gap between an impersonal interaction with a brand to one that directly links the user to the service in a hyperpersonal way.”