The news comes as companies across the spectrum are reeling from a spate of cyberattacks. Despite growing cybersecurity spending, a recent Canalys report found there were more data breaches in 2020 than in the previous 15 years combined. Poor password hygiene continues to be a major driver of security breaches, with 81% of all breaches reportedly caused by compromised passwords, and 1Password recently released a study showing that 77% of IT employees still have access to their former employers’ IT systems.

Against this backdrop, 1Password has launched its new events API, enabling businesses to funnel 1Password data into security information and event management (SIEM) tools such as Splunk. While sign-in activity and similar event data have previously been available to admins within 1Password, making it available inside dedicated SIEM tools gives security personnel a more rounded view of their posture, alongside other notable security events. 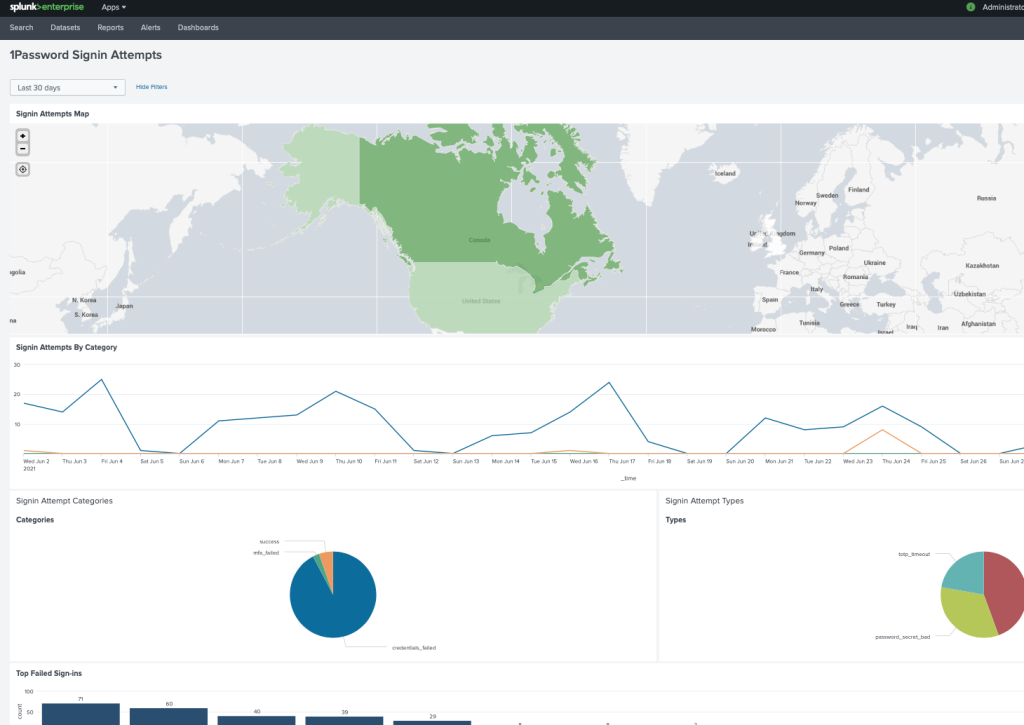 While 1Password is well known in the consumer sphere, this latest launch fits into a broader push to bolster its enterprise credentials. This is backed by the company’s gargantuan $200 million funding round from a couple of years ago and its slew of prominent customers, such as Slack, IBM, Dropbox, GitLab, and PagerDuty.

Over the past year, 1Password has launched data breach reports based on Have I Been Pwned data. More recently, the Canadian company expanded into secrets management to help secure companies’ critical infrastructure, and it even launched a new Linux desktop app aimed at enterprise DevOps teams.

With its new events API, 1Password recognizes that while its data may prove useful in a silo, it’s ultimately more beneficial when it can be combined and correlated with data from other sources. The company said it worked with more than two dozen businesses in the development of its new API during a closed beta phase.