Nokia has officially launched its Here maps app for Android out of beta after more than three million downloads, and the company has also confirmed that an iOS version of the app is “almost here.”

Now that Nokia has sold its handset business to Microsoft, the Finnish tech titan has been focusing more on the software side of things of late, with Here featuring prominently. Originally available for Windows Phone, Here launched on Android in private beta last year, before arriving on Google Play in December — however, it remained a beta product. Now, three million downloads on, Nokia has enough confidence in its Android app to call it a finished product.

Nokia has previously revealed that it was planning to relaunch Here for iOS in early 2015, after it was pulled from the App Store in 2013 due to issues with iOS 7. And while that day is getting closer, Nokia hasn’t yet provided a firm launch date yet. 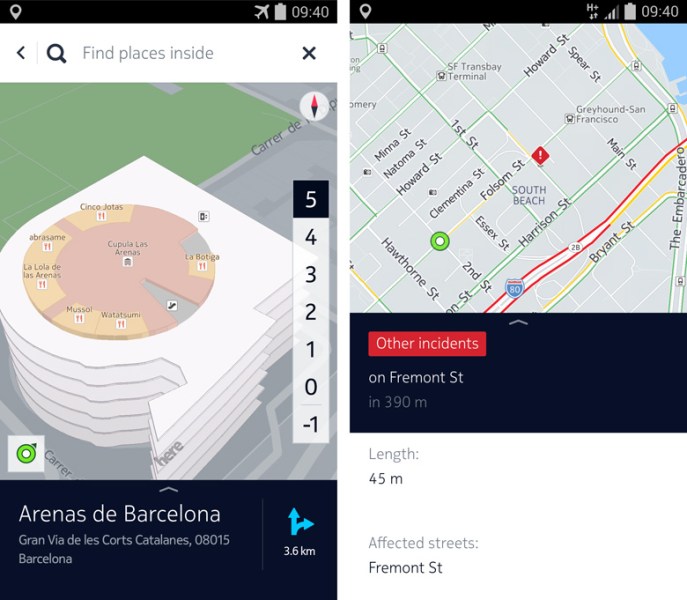 Nokia’s first foray into digital maps can be traced back to 2001 when it got involved in a 3D maps consortium called TellMaris, with Nokia finally acquiring and launching an app called Smart2Go, which was made available on Nokia and Windows Mobile devices.

In 2007, Nokia then acquired digital mapping behemoth NAVTEQ in a $8 billion deal, and what had been known as Ovi Maps was rebranded as Nokia Maps in 2011, before the Here brand emerged the following year.

Today, Here is one of the four main global online mapping platforms, alongside Google, TomTom, and OpenStreetMap. However, one of the major selling points of Here is that you can download entire maps of countries and regions to your device for use offline — all for free.

Here also licenses its maps to third-party platforms, including the likes of Amazon, Bing, Garmin, and Yahoo. Back in December, Nokia scored a huge deal with Baidu, with Here providing mapping capabilities to the Chinese search giant’s digital products.

Elsewhere, Here is also a big player in the land of automobiles, with Nokia lending its maps to around 80 percent of in-car GPS navigation systems, including BMW and Mercedes.

As well as shedding its beta tags today, Here for Android has been given a number of tweaks and improvements, including 3D maps of venues such as airports and shopping malls. You’ll also notice it’s been given a visual spit-shine.