Oil is in the news again. Last week, oil prices touched all-time highs due to Iranian export declines; the chief economist of the International Energy Agency said that high oil prices could cause an international recession. And whereas it looked like the State Department had put the breaks on the Keystone pipeline in November, President Obama announced last week that he was going to fast-track the construction of the southernmost portion of the project.

However, developments in oil and gas (O&G) are often overlooked in tech publications. It’s easy to see how technology is reinventing retail, entertainment, telecommunications, and healthcare, but there’s little discussion of tech’s impact on the universe of companies focused on natural resources extraction, such as petroleum, natural gas, and mining companies, aka “extractive industries.” The reality is, O&G is adopting a lot of new technologies, and a lot of funding is going into innovative companies that can help oil and gas companies work smarter.

Evidence of the increasing importance of oil and gas innovation is seen in patents, for example. The number of patents related to extractive industries more than doubled from 2005 to 2010.

A Bain report highlighted the role that national oil companies play in spurring a country’s technological development – “the Petrobras Effect”:

“Many of the NOCs seek to nurture entrepreneurship and foster globally competitive businesses in energy-related sectors—and that creates an opportunity to promote new areas of competitive advantage and strengthen existing ones for their home countries. In principle, they can become powerful engines of socio-economic change—not just earning wealth but also spreading the economic beneﬁts of a competitive oil sector.”

Whether we like it or not, hydrocarbon fuels are not going away anytime soon, and innovations in O&G tech have the potential to impact everyone. If technology makes oil and gas easier, safer, cleaner, and cheaper to extract, energy prices and quality of life could improve for everybody. And if that doesn’t appeal to the better angels of your nature, it presents a huge business opportunity.

Here’s a look at the five key innovation areas the extraction industry is focused on — and where the biggest opportunities lie for O&G technologists:

1: Software “Eats” Oil and Gas: The Digital Oilfield and Beyond
As Marc Andreessen has written, software is “eating the world,” and O&G is no exception. “The Digital Oil Field” is something of a buzzword in the oil and gas industry – tossed around like “the cloud” or “big data” are in IT. The basic premise is a web-based visualization platform from which companies can manage, measure, and track all of the data coming from all over the oilfield.

FindingPetroleum has described the digital oilfield as an oilfield where “all the components integrate and communicate as well as your body does.” A McKinsey report describes a “digital oil field” where “instruments constantly read data on wellhead conditions, pipelines, and mechanical systems. That information is analyzed by clusters of computers, which feed their results to real-time operations centers that adjust oil flows to optimize production and minimize downtimes.”

This represents a big opportunity for oil and gas companies. According to Oil and Gas Investor, total upstream energy IT support spending is about 25 cents per barrel of oil. Booz & Co mentioned that some analysts believe digital oilfield technologies could increase the net present value of oil and gas assets by 25%.

A digital oilfield can also minimize the impact of the lack of qualified skilled labor; Booz & Co predicts that the labor gap could reach 1 million by 2015. The McKinsey report describes how “one major oil company” was able “to cut operating and staffing costs by 10 to 25 percent while increasing production by 5 percent.”

Major software companies have jumped on this trend. EMC announced a development center in Rio de Janeiro to focus on big data analytics for oil and gas. In fact, EMC boasts that more than 95% of Forbes Global 2000 oil and gas companies use its technology. Other large IT and software companies with solutions designed for oil and gas companies are IBM, Microsoft, Progress Software, Cisco, Wipro, and SAS. Schlumberger and Baker-Hughes, two major oilfield services companies, have significant digital oilfield practices. A smaller company in this space is Chevron Technology Ventures-backed Mobilize, which enables energy firms to aggregate data in real time from multiple vendors.

A handful of other venture-backed software companies are tackling O&G. Some small companies in the space include Transform Software and Services, a developer of visualization and interpretation software designed for geophysical, geological, and engineering workflows. FiveCubits provides tracking software and plant control systems for bulk material companies, including petroleum, coal, and minerals companies. Rock Flow Dynamics provides software tools for reservoir engineering, specifically a reservoir simulator.

2: Accessing the Previously Inaccessible
When Marco Polo visited Azerbaijan, he found oil gushing out of the ground. Today, oil is considerably harder to find, but new technologies are making the once-inaccessible accessible. For example, BP originally estimated it would only be able to recover 40% of the oil at Prudhoe Bay in Alaska but has since revised this upward to 60%. Some of the new techniques BP has used include fracturing the rocks (applying pressure to the rocks to create fine cracks that can stimulate the flow of trapped natural gas), injecting low salt water into a reservoir to push out oil trapped in rock pores, injecting carbon dioxide into wells, and feeding in certain micro-organisms to help oil flow.

VC-backed companies, including Oxane and Glori Energy, have sought to facilitate these types of operations. Oxane has commercialized technology from Rice University to create new ceramic proppant to increase the rate of production and the total amount recovered, and to reduce the environmental impact of fracturing. (Proppants are particles added to fracturing fluid in order to hold fractures open.) Glori Energy improves the sustainability and efficiency of recovering oil trapped in reservoirs by stimulating naturally occurring microbes. For more challenging jobs, Foro Energy has developed long-distance laser technology to destroy ultra-hard (high compressive strength) rocks.

Turning from oil to coal: Some coal is too deep to mine. Laurus Energy, a developer of underground coal gasification projects, is able to convert this goal into gas streams, which can be used as feedstocks or to produce low energy carbon.

3: Working in Remote Environments
Oil and gas exploration today is based in some of the most remote places in the world. It is hard to imagine places more inaccessible than Prudhoe Bay (on the North coast of Alaska), Russkoe Field (above the Arctic Circle in Russia), the Campos Basin (offshore, Brazil) or the Tengiz in Kazakhstan. North Sea oil is the reason Aberdeen has the busiest heliport in the world. Oil and gas companies have looked to technology solutions to manage these distances. For example, RigNet is a venture-backed company focused on IT networks for drilling rigs and offshore vessels. NuPhysica, a telemedicine company, solves a major need within the oil and gas industry of handling employee injuries when they’re out in the middle-of-nowhere. The company uses advanced videoconferencing solutions to allow doctors to diagnose and potentially treat patients remotely. In one case, it saved an oil company $30,000 by enabling an injured worker to be diagnosed on an oil rig rather than emergency transported to shore. Even mundane things, such as remote collaboration software, are crucial. VSEE Labs, a Salesforce.com-backed startup, provides video conference and collaboration software used by Shell Oil and Saudi Aramco.

4: Minimizing the Harm of Hydrocarbons
Cleantech investing may not be dead, but alternative energy is arguably in the “trough of disillusionment” in the hype cycle following recent scandals and the disappointing financial performance of public cleantech companies. The WilderHill Clean Energy Index is down 55% since it was launched in 2004. This has increased interest in making production and consumption of hydrocarbon fuel less harmful, rather than making alternative fuels commercial. For example, companies such as PWAbsorbents and GeoPure HydroTechnologies have tackled the problem of treating water produced in the extraction of natural resources.

Other companies focus on decreasing demand rather than trying to increase supply. Cerion Energy produces a nanotechnology-based diesel fuel that decreases consumption by a minimum of 8%, while reducing emissions.

Even more audacious are companies turning waste into energy. Enerkem is pioneering technology to use garbage to replace petroleum. SunCoal Industries turns organic waste, such as garden compost, straw, and chicken manure, into carbon-neutral coal. Agilyx developed technology to convert plastics into synthetic crude and other petrochemicals. Plastic is heated until it turns into a gas, the gas is condensed into a liquid, and then the hydrocarbons are separated.

Three additional areas have been relatively untouched by innovators but could be huge market opportunities:

1. Mineral extraction innovation.  Only a fraction of venture investment goes into energy technology, and only a small portion of that goes into hydrocarbon related technologies.  Even fewer dollars go into supporting the mining and minerals industry. The sole venture-backed mineral company that comes to mind is Simbol Materials, which produces Lithium; the sole strategic minerals VC I have heard of is BBIG Ventures (part of BHP Billiton), which closed shop in 2002.  As the recent high-profile WTO trade case suggests, minerals, especially rare earth minerals, are going to have an important impact on the economy. The Economist recently cited an article in Environmental Science and Technology that concluded that if wind turbines and electrical vehicles were to become as mainstream and widespread as they could be, the requirements for certain rare metals would need to increase by 700-2,600% over the next 25 years, whereas these supplies are only increasing by 6% a year.

2. Financial innovation to manage commodity volatility. Oil and energy prices are extremely volatile (see chart below). One of the most innovative companies I have seen is PriceLock, which helps consumers lock in prices for gasoline. Energy price volatility is a huge problem for consumers and corporations and presents a huge opportunity for entrepreneurs.

3. Improve pipeline tech. The world needs cheaper, easier, and more environmentally-friendly pipelines. Pipelines are incredibly expensive to install – so much so, that outside of the United States, it is rare for them to be financed without government sponsorship (either direct or indirect). By making them more environmentally friendly, pipeline building could also avoid political risk: Environmental issues were big factors in the State Department’s decision to initially deny the permit for the Keystone Pipeline and Bulgaria’s decision to cancel the Burgas-Alexandroupolis pipeline. 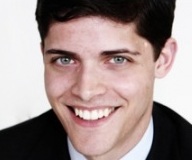 Mac Elatab (@Rollscritique) is a member of the investment team at TrueBridge Capital Partners, where he evaluates venture capital fund investments and direct investments in software and internet companies.