While YouTube ran away with the video-sharing crown in the United States, the race is still heated in China, the world’s second largest Internet market and fastest-growing.

There, two leaders are fighting it out, Tudou.com and 56.com. Tudou commands 22 percent of searches for video on China’s most popular search engine Baidu, compared to 56.com, which gets 19 percent. In third place is Youku.com, with 13.9 percent.

Tudou got ahead early, always enjoying more capital. After raising an early undisclosed amount last year, it raised $19 million more in July. It also dominated because it was quick to let people easily upload video they’d taken from TV or ripped from other places. 56.com, on the other hand, was moved first to let Chinese upload their photos and turn them into slideshows.

Both sites are seeing significant growth in people uploading their own videos, with 56.com now getting about 60,000 new videos a day, according to Jay Chang, president and chief financial officer of 56.com, in an interview early Friday. He said the levels of video being uploaded match the levels seen by YouTube when it was acquired last year. 56.com now has 30 million registered users, he said.

56.com is also the Chinese equivalent to a combined RockYou and Slide, because it commands about 90 percent of the third-party slideshow widget market in China, according to Chang. Unlike in the U.S., where people are easier with uploading videos of themselves, the Chinese initially tended to be somewhat more reserved, and were swifter to upload photos and turn them into videos via slideshows. That has since changed, as more people turn to video. But slide-shows remain popular. Todou has since moved to embrace slideshows too. Another reason for the relative slowness of video to catch on was China’s under-developed broadband infrastructure, Chang said. This financing will help the company buy more servers to handle traffic, he said. 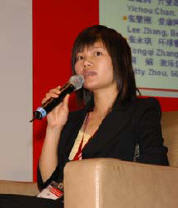 56.com is using compression technology that keeps its bandwidth costs lower, compared to other sites, it says. 56.com is led by Kitty Zhou (left), who earlier was product manager at NetEase, managing its email, photo album and other applications for that early leading Chinese portal. She has brought the company a tech focus and concentration on ease of use. Chang calls her the “Marissa Mayer of China,” referring to the respected product manager at Google.

Chang said he hopes the company can become profitable within 12 to 18 months.

56.com also hopes to draw on the video technology expertise of the new investor Adobe. 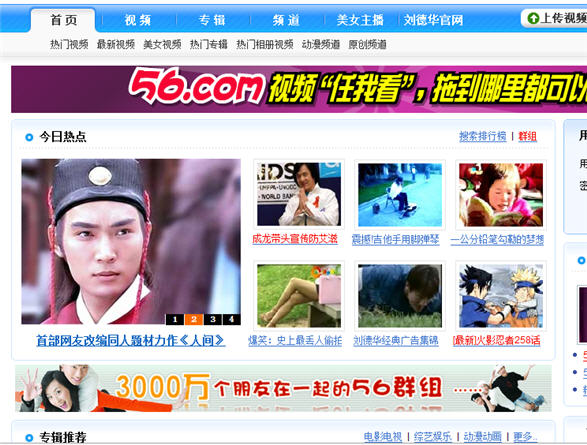