While much of the world is still wondering how long it will take to get 5G networks, and what it could mean to their lives and economies, a group of telecommunications researchers is looking further ahead to what comes after that: 6G.

Next week in Levi, Finland, a group of 250 researchers will gather for one of the first global summits on the 6G Wireless standard to begin asking the most basic of questions: What is it and why does the world need it?

“I don’t know what 6G is,” said Dr. Ari Pouttu, a professor at the University of Oulu in Finland. “Nobody does.”

That’s a blunt assessment from the man who is also vice-director of Finland’s 6G Flagship program. During a recent visit to Oulu as part of a media tour of the region’s tech ecosystem, Pouttu gave a presentation to our group of journalists.

The country designated Oulu, located on the edge of the Baltic Sea about five hours north of Helsinki, the center of its 6G efforts due to its historic connections to Nokia and its concentration of researchers, such as Pouttu, who were instrumental in developing the 5G standard. The program runs over the next eight years, and is valued at about $285 million, with about half coming from public funding and the other half to be raised from industry partners. 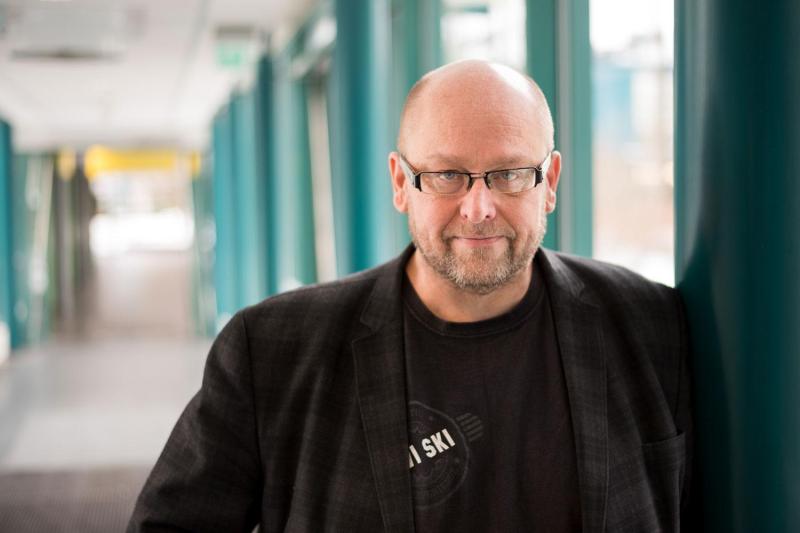 Above: Dr. Ari Pouttu, professor at the University of Oulu

These efforts are just barely in an embryonic stage, and as in the past, would likely have stayed the stuff of obscure academic chatter were it not for a sudden spotlight thrown on them by the most unlikely of 6G boosters:

I want 5G, and even 6G, technology in the United States as soon as possible. It is far more powerful, faster, and smarter than the current standard. American companies must step up their efforts, or get left behind. There is no reason that we should be lagging behind on………

While Trump was roundly mocked, and 6G remains undefined and at least 10 years or more in the future, it is also not just science fiction.

Today, 5G networks are just starting to roll out. The current 4G LTE standard will dominate for several more years, as telecom carriers seek to recoup their massive investments on that infrastructure. Pouttu projects current 4G networks won’t really be used to their full potential until about 2025.

Meanwhile, carriers are proceeding cautiously with 5G. On one hand, Pouttu says the research community was surprised because some of the basic standards were settled much sooner than predicted. On the other hand, the rollout of 5G is going to be far more costly than 4G due to the short distances the signals can travel and the need for a greater density of equipment to transmit the signals. The capital costs are astronomically high, and the business models that would justify these investments are still fuzzy.

When 5G does become the dominant network, Pouttu says he expects it to be the most transformational leap since the evolution from 2G to 3G networks. Not only does 5G promise theoretical speeds of 20 Gbps compared to the max theoretical 1 Gbps for 4G, but there is no latency, and it supports a greater density of connections in a smaller area.

Coupled with advances in so-called “edge computing” that will push more intelligence toward end devices, the 5G era is being hyped for its ability to enable smart cities, smart factories, autonomous vehicles, untethered VR streaming, and more.

And so the research for the next standard proceeds, he says, by trying to map out that question: Why do we need 6G?

“We want to see what’s leftover from 5G, what things did 5G not address,” he says.

The most obvious starting points are speed and spectrum. The initial thinking is that 6G will target speeds of 1 terabyte per second. Yes, terabyte. To get those speeds, signals will need to be transmitted above 1 terahertz, compared to the measly gigahertz range where 5G operates.

But operating at that range in the spectrum may require breakthroughs in material research, new computing architectures, chip designs, and new ways of coupling that with energy sources, Pouttu says.

That sooner those experiments start, the better. The group hopes to produce a white paper by this summer following the Levi conference that will start to define critical areas of research.

Power generation and power consumption loom as massive hurdles, both in terms of the environment and cost. How can we move to a world where nearly every single object produced is constantly collecting, analyzing, and transmitting data without cost efficient, renewable power sources to ensure we don’t burn down the planet in the process?

At the same time, the research group wants to start outlining possible use cases and future scenarios for the technology. While the 5G era is expected to make the smartphone less of a centerpiece of our lives than it is today, Pouttu speculates that 6G will be a post-smartphone era.

With everything capable of being connected, almost every object will be data driven, with true artificial intelligence capabilities a standard feature and augmented reality interfaces that pop up when needed and then disappear. The ability of all objects to capture and process visual data will be immense, and continue to accelerate automation and the evolution of AI.

The notion that we once had to carry a gadget to control other objects or communicate will seem quaint to the 6G generation, he says.

“The way we consume data will be changing,” Pouttu says. “Today, most of our data is consumed using a smartphone. But if we have virtual or augmented reality glasses with 5G, it could be these or other devices that are consuming that data. And with printable electronic devices, there are new machine-human interfaces coming really fast. So maybe let’s assume we toss away our phones and see what happens.”

In that scenario, our relationship with our carrier is no longer buying a smartphone, but perhaps buying a bay station and allowing each home or office building to in essence become its own communications operator for the massive number of devices and data flowing through this next next generation connectivity. Those purchases could be the way the network rollout for 6G is funded, with enough intelligence to share and buy and sell spectrum on a neighborhood level, Pouttu says.

Or not. For now, this is all just academic speculation.

Pouttu says each standard roughly takes a decade to develop, and so the formalizing of 6G standards is being targeted for 2029-2020. His research group projects the world will max out the use of 5G around 2035. And so with 6G standards and enabled devices rolling out around 2030, the timing for this transition should be just about right. 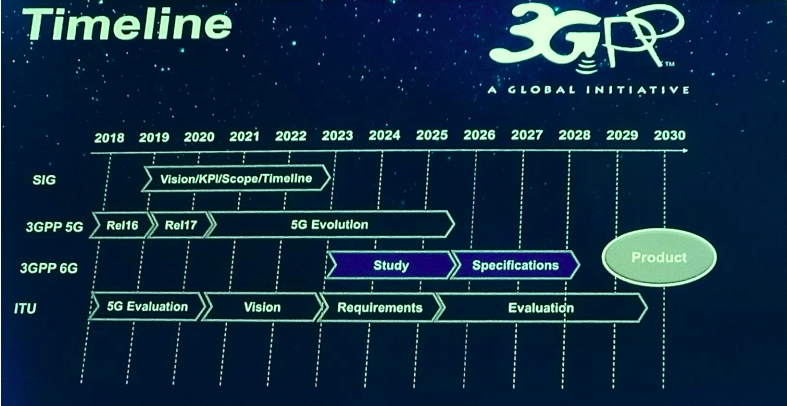 While that seems years away, there have been signs here and there that momentum around research is starting to build. Just last week, the U.S. Federal Communications Commission announced it was opening the “terahertz wave” for experiments on next standards.

And late last year, China’s government announced it was intensifying work on 6G, with a goal of dominating the industry by 2030. In January, LG announced the creation of a 6G research center in South Korea.

Those developments have helped break down some of the resistance to talking about 6G by carriers, Pouttu says. With carriers sinking huge sums of money into their 5G rollouts, they would prefer from a marketing message standpoint that the benefits not get muddled by talk of future standards.

“The industry doesn’t want to talk about 6G because it is diluting their message about 5G and their ability to make money from 5G,” Pouttu says. “We heard a lot of ironic comments about our efforts one year ago, because everyone thought it was too early. And then we heard China was going to launch a 6G program, and then Korea. Now attitudes are changing because no one wants to get left behind.”

(Disclosure: VentureBeat’s travel to Oulu and accommodations were paid by Business Oulu as part of a media tour of the region’s tech ecosystem.)