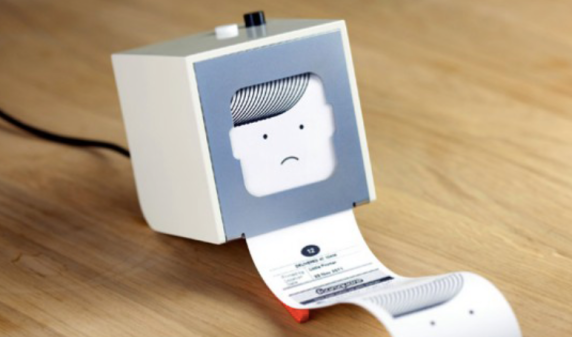 There are novelties, and then there are expensive novelties.

Count design firm Berg’s Little Printer in the latter camp. Announced last November, the device attracted lots of interest for its ability to print out things like custom RSS feeds, pictures, and Foursquare feeds on receipt paper.  It was an interesting, novel, but ultimately useless product. And it should have stopped at the drawing board.

But it didn’t, and Berg, bolstered by attention from the press and web users, kept running with the Little Printer concept, finalizing the design, creating packaging, and even building an API for developers.

But Berg’s happy little tale took a turn for the worse today when the company essentially killed the Little Printer’s chances by pricing it at a deal-breaking $259. So not only is the device only marginally useful, but it’s also eye-poppingly expensive. That’s a recipe for disaster.

The eco-minded should also take note: The Little Printer is by definition a producer of waste. While most people have moved on to a mostly post-paper world, the Little Printer aims to drag them backwards into the pre-digital age. Ink, paper, printing — these aren’t the kinds of things we associate with RSS feeds and Foursquare. But Berg still aims to fuse them together with the Little Printer

Simply put, the Little Printer is a $259 waste of money, paper, and brain power. And that’s why it must fail.

We’ve reached out to Berg for comment and will update this post if we hear from them.