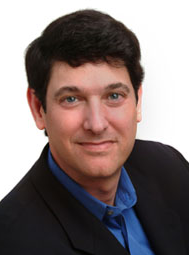 Accel Partners invests in areas like social networks, technology-driven media and advertising companies, mobile services and online storage outfits — so why would Jim Breyer, one of the firm’s better-known partners, be joining the board of PC maker Dell? He’s on the boards of ten companies, including startups like Facebook and Etsy, and public companies like Wal-Mart and Marvel — so is this just another board seat for him, or something more significant? I tried to find out in my interview with him earlier today.

The standard reasons venture capitalists like public company connections apply here — they help them land portfolio companies distribution or acquisition deals, or exclusive licenses. Maybe Dell wants to sell its hardware to Accel companies? The more interesting angle, though, is that Dell wants to go where Accel already is. The Accel-Dell connection has been developing for a while; Breyer and company founder and chief executive Michael Dell have known each other for more than a decade, and former Dell executive Carl Everett is now a partner at the firm. But Dell invited Breyer to join the board after the two met at last January’s World Economic Forum, where they discussed everything from the future of social networks to cloud computing to what future smart devices might look like.

Take a look at what Dell wants to do with its phones. Several weeks ago, Kaufman Bros. analyst Shaw Wu reported that the PC maker had built smartphone prototypes using the Windows and Android operating systems — but carriers weren’t impressed. At this point, Wu said, the company is “going back to the drawing board… designing a cell phone with more differentiation,” that will “likely involve vertical integration of some sort including software and/or services.” He added that “Dell is contemplating making acquisitions to help in this effort.”

Considering Breyer’s experience and portfolio in this context, his move makes more sense. Perhaps, for example, Dell is going to experiment with packaging software from Facebook in future netbooks and phones? Facebook has already integrated its address book with the Palm Pre. And given Dell’s penchant for driving down hardware costs, it’s not hard to imagine its portable devices getting cheaper and cheaper. Taking this line of reasoning one step further, one can easily picture this sort of device on a shelf at Wal-Mart.

Or selling in emerging markets, for that matter. Dell recently said it would be rolling out two smartphones to China Mobile users, using Google’s Android operating system (which is gaining popularity in the region). Accel has been focused on China for a while, having launched a $250 million fund in 2005 with International Data Group’s venture arm to finance startups in the country. “Every company should have a China strategy,” Breyer says.

Of course, Breyer didn’t comment on Dell’s future products when I asked. Keeping it general, he says that the “diffusion of PCs around the world and the new platforms that are being implemented — social networks, new storage services, open source software — are providing enormous opportunities for new business models.” He adds, “While I’m very nervous about the macro economy for the next 18 to 24 months, I’m extremely optimistic about new entrepreneurs who are pursuing initiates on these platforms.” Breyer, who also declined to comment on Facebook-related matters, said that he doesn’t “buy for an instant that web opportunities are in decline,” citing companies that are tapping into Facebook’s developer platform, mobile and cloud computing.

So, while it’s not clear what new devices or integration software services Dell may be coming up with, Breyer is a major asset for the company — as well as the ones he’s invested in — when it comes to finding the right partners and markets.