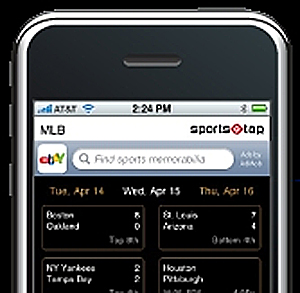 Update: Representatives from AdMob and AdWhirl are continuing the discussion in the comments below this article.

AdMob, the 800-pound gorilla of iPhone ad networks, plans to stop allowing other ad networks to deliver its ads as part of a multi-network service. While the company claims user complaints over broken ads was the major driver, the move will allow AdMob to keep a larger cut of ad revenue — 50 percent is common.

AdMob serves about 6.2 billion impressions per month, compared to around one billion for AdWhirl.

AdMob will no longer serve ads requested from iPhone apps that employ ad network mediation layers such as AdWhirl or Tapjoy … We have discovered that iPhone apps that use a mediation layer generate a substantially higher volume of complaints from end users and higher number of technical issues than apps that integrate withAdMob directly. These user complaints and issues range from ads not rendering properly to ads clicking to nowhere to ads taking a very long time to load.

What we have also found over the last few months is that mediation layers significantly impair ability to optimize the selection of ads for the apps that choose to use them, by obstructing our view of these applications’ traffic profiles. These traffic profiles are a key input parameter that we use at AdMob to select the right ad for the right app at the right time.

In other words, AdMob’s ads are being served broken by other networks, and AdMob isn’t able to optimize which ad it delivers through another network. So it would rather leave money on the table.

The heads of Tapjoy and AdWhirl aren’t just going to watch AdMob revenue float away. Tapjoy founder Ben Lewis counter-blogged a lengthy explanation of why iPhone app developers should stick with a multi-network ad provider (short version: So you don’t run out of ads to serve.) AdWhirl founders Sam Yam and Ra Roath wrote up a response aimed at the app publishers whose business they want to keep without needing to slurp AdMob ads to do so. In this excerpt, they dispute AdMob’s claim. eCPM, used below, means the effective CPM of an ad campaign — in other words, how much money it makes for real as served.

We have done multiple A/B tests with varying ad network allocation values and have not seen any meaningful variance in eCPM values (we encourage other developers to do this testing, too). However, developers cannot maximize their revenues if they are unable to take advantage of the higher rates provided from multiple ad networks through a mediation layer.

Ad requests made by AdMob through AdWhirl are done directly through AdMob’s library, so data seen by them through AdWhirl is indistinguishable from data they would’ve obtained through only the AdMob library.

App developers can still code their apps to use multiple networks and to choose the best match for which to serve. Not surprisingly, Tapjob and AdWhirl believe their own algorithmic approach to picking ads is best.  My guess is that AdMob saw the prices being paid against their ads and calculated they would make more by taking back their very large, very desirable ad set and leaving aggregators like AdWhirl to compete with them rather than resell them.