Microsoft today launched Outlook for Android and iOS. The former is available (in preview) for download now on Google Play and the latter will arrive on Apple’s App Store later today.

The debut comes less than two months after Microsoft acquired email startup Acompli for $200 million. In fact, Julia White, general manager of Microsoft Office, tells VentureBeat the Acompli team has already been integrated into the Outlook team, and today’s launch is a direct result of that. 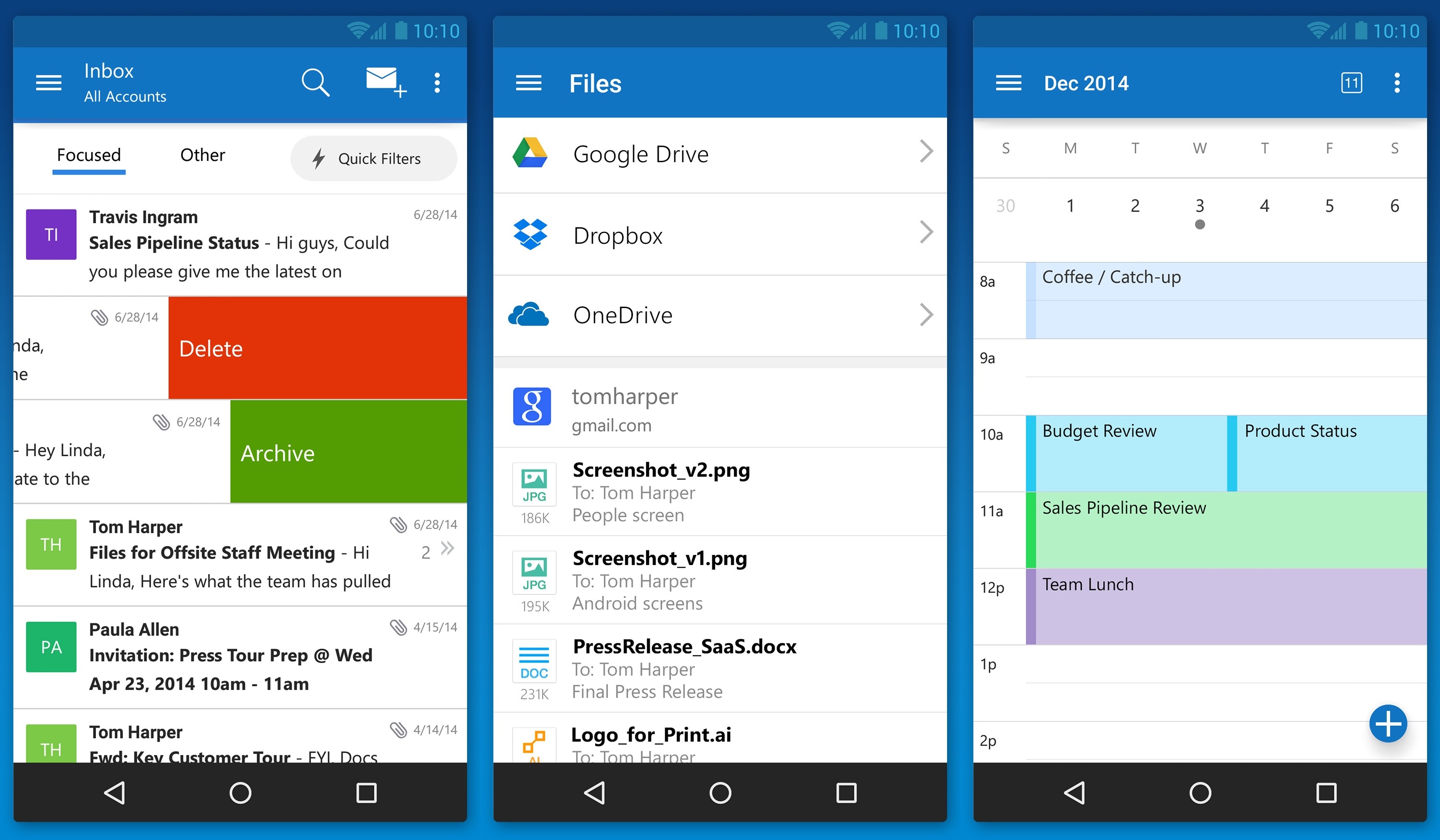 Above: Outlook for Android phons

The pitch is simple: Outlook will let you manage your work and personal email on your phone and tablet as efficiently as you do on your computer. The app also offers calendar features and attachment integration (with OneDrive, Dropbox, Google Drive, Box, and iCloud), along with customizable swipes and actions so you can tailor it to how you specifically use email.

Outlook for Android will be in preview for a few months, unlike its iOS counterpart. This is a strategy Microsoft has adopted for its various cross-platform apps: There are simply more types of Android devices out there, and the company wants user feedback to work out any potential kinks. 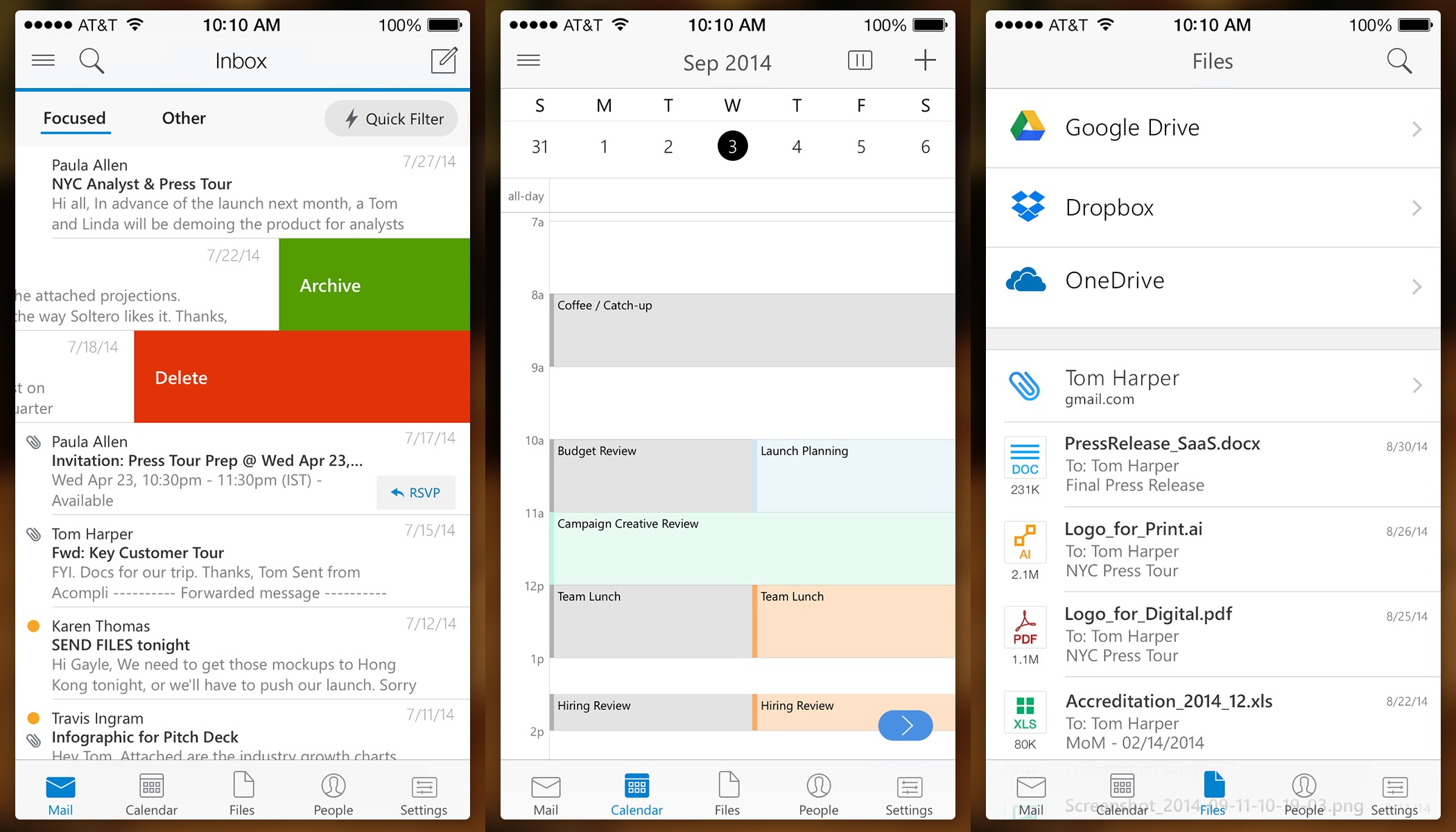 Above: Outlook for iPhone

We say “free for consumers,” but it is technically free for businesses users as well. That said, Microsoft does plan to offer business-specific features for the app that will require an Office 365 subscription. 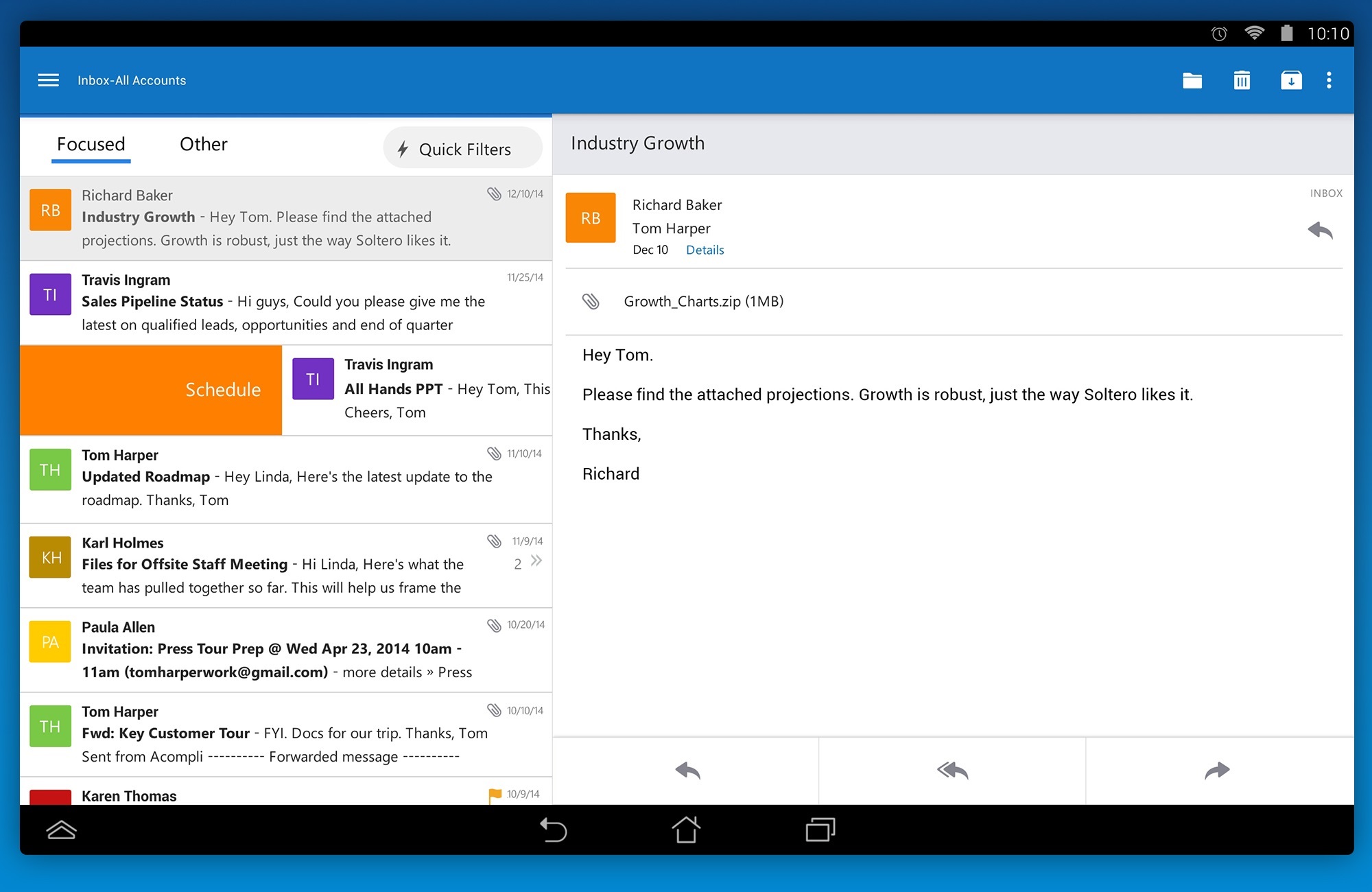 Above: Outlook for Android tablets

White tells us these premium features are currently slated “for the first half of this calendar year.” While we don’t know everything that’s coming, she confirmed data protection, rights management, and encryption are all in the pipeline.

Microsoft says Acompli users will find the Outlook app a familiar experience because it was built from the Accompli code base. The company also promised to “rapidly update the Outlook app” — aside from pay-for premium features, however, it didn’t discuss what’s next. 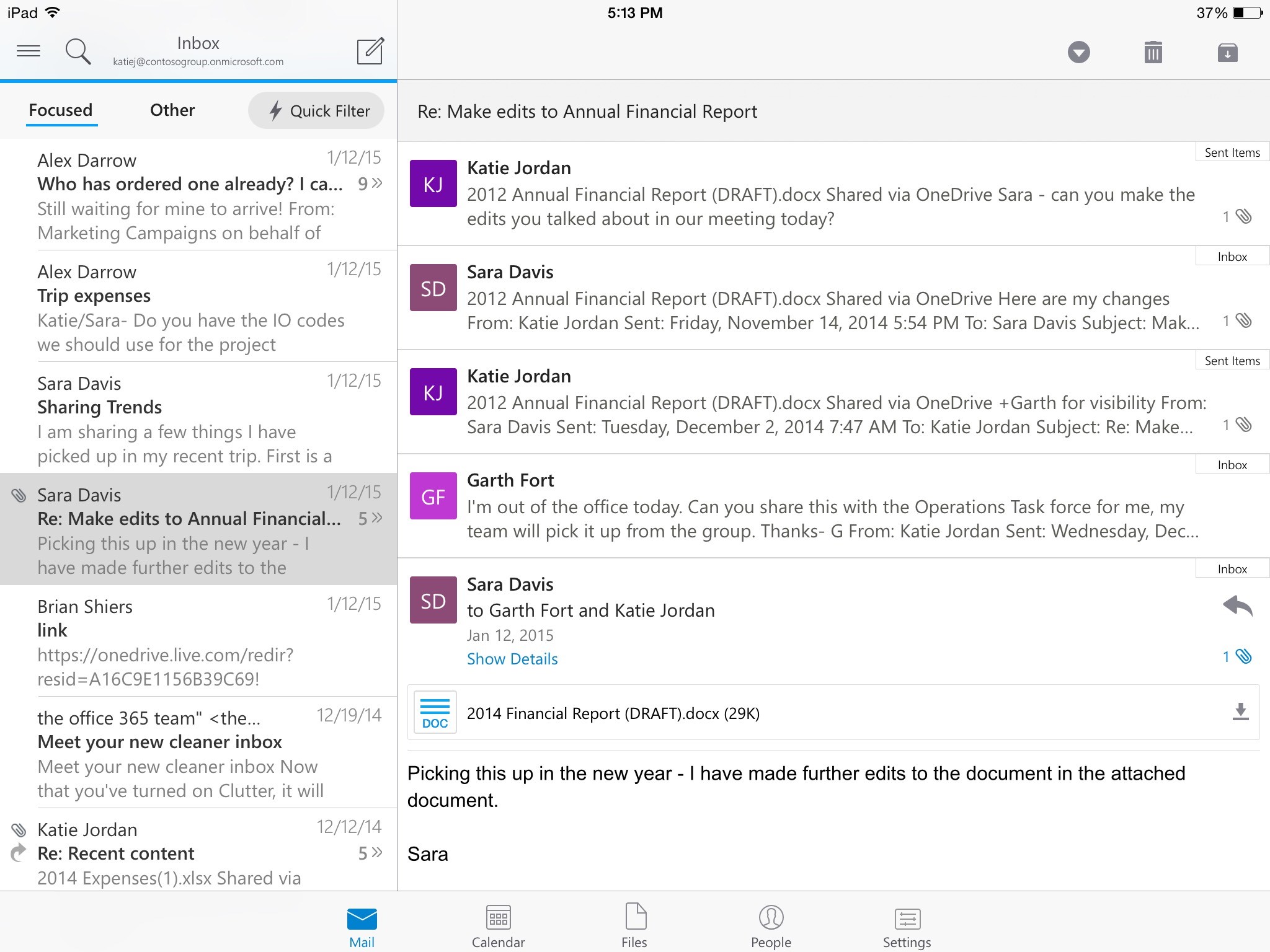 Above: Outlook for iPad

“Since the acquisition, we’ve been working hard on integrating our team and development processes to ensure we’re able to continue rapidly delivering new features and functionality to our customers,” Javier Soltero, Outlook general manager and former CEO of Acompli, said in a statement. “Our mission is to bring the best mobile email experience across platforms, in a way that is as familiar and functional as Outlook itself.”

Soltero also threw out some interesting numbers: The average business user today sends and receives 121 emails per day, and users spent an average of 24 seconds inside Acompli’s app every time they opened it, which happened dozens of times per day. He believes those 24 seconds need to be “as productive as they can be,” and today’s Outlook app is supposed to deliver just that.

Will the real Outlook app please stand up?

Microsoft already offers the Outlook Web App (OWA) for business users on iPad, iPhone, and Android. None of these apps can access other email providers outside of Microsoft’s.

As such, they have never really properly represented Outlook, and when we asked, White confirmed that they are going away. Going forward, they will all be merged into the main Outlook app released today.

These apps will remain in their respective app stores for the time being, although Microsoft plans to move users over “as quickly as possible.” That said, White noted Microsoft doesn’t have “a specific timeline” nor “a hard deadline” and aims to make the transition a “gradual one” for users.

All of the above is for Android and iOS. Windows Phone, you might remember, is the only mobile platform that has a “proper” Outlook app. With the release of Windows 10, Microsoft is planning a touch-optimized version of Office that includes Outlook as a universal Windows app. That means this new Outlook, when it arrives along with Windows 10, will work on PCs, tablets, and smartphones.

In short, Microsoft appears to be cleaning up its email act for those on the go. If all goes according to plan, this is the year Outlook will finally get an experience on mobile that is comparable to the desktop.