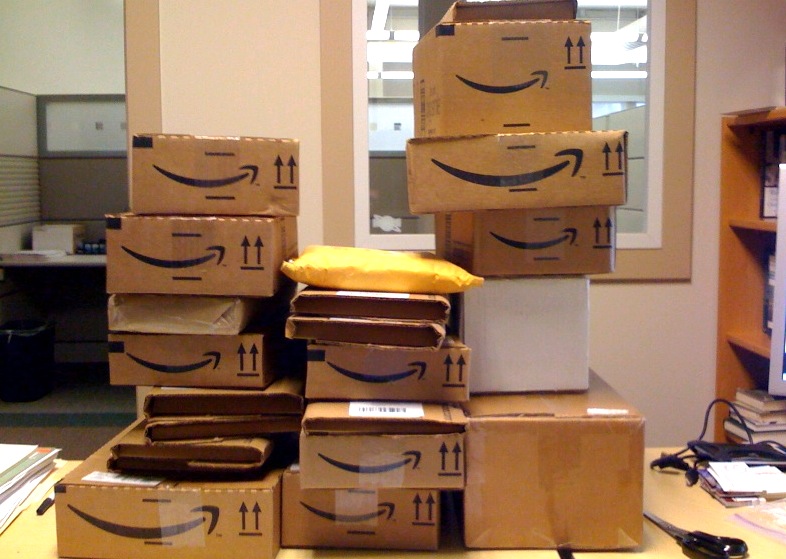 As the world’s largest online retailer, Amazon.com is virtually unrivaled for its diverse range of products, cheap prices, and free shipping.

But for merchants, its “Fulfillment by Amazon” storing and shipping service is an offer they can’t refuse. It’s more expensive than competing fulfillment services like FulfillRite or Shipwire, but the majority of third-party sellers use Amazon’s service anyway. Why? Because Amazon tilts user feedback ratings to favor its own shipping service.

Some competing shippers are calling Amazon’s approach an unfair advantage.

According to its terms of service, Amazon reserves the right to remove negative feedback about a shipping-related issue, such as delivery delays or corrupt packaging — but only for sellers that opt-in to Amazon’s fulfillment service.

Use a competing service, or ship products yourself, and your performance metrics will reflect negative reviews about shipping and packaging (among the most common problems). Oftentimes, a fulfillment issue isn’t even a seller’s fault. For instance, stormy weather often delays mail delivery, which might lead to a spate of unearned negative reviews.

Sellers that opt-in to FBA can request that a customer service representative cross out fulfillment-related negative reviews. Unlike eBay’s elaborate takedown process, Amazon will liberally exercise this right at a merchant’s request.

Rival providers of fulfillment services claim this is stifling the growth of the business, and is an anti-competitive practice. An Amazon spokesperson declined to comment.

Brieger has a point: The first suggestion on a blog for Amazon marketplace sellers to avoid negative feedback? Fulfillment by Amazon (FBA). “When you utilize all the benefits of the FBA program, you will minimize a lot of the reasons buyers leave negative feedback,” the author advises.

“As a seller you are essentially handing your inventory off,” said Brieger, who told me that “they are way cheaper” but he rarely bothers to convince Amazon sellers to shift their business anymore.

Above: Feedback showing a negative review’s score, crossed out by Amazon.

According to Brieger, competitors in the fulfillment sector offer cost-competitive storage and processing fees as well as improved customer service. But with the option to strike out negative reviews (pictured left), “sellers feel they’re getting better rankings and doing better sales with FBA,” he said.

Despite the higher fees, Amazon’s FBA service isn’t necessarily more advanced or efficient than the alternatives. In November, critics pointed out the failings of Amazon’s fulfillment service when images appeared showing the insides of one of the company’s colossal warehouses.

With its chaotic storage system, Amazon fills every corner and crevice of its facilities with products, and it charges between $.45 and $.60 per cubic foot in storage fees. In comparison, a competitive service like FulfillRite generally charges a maximum of $.36.

Once a product has been sold, the seller faces additional charges for handling, picking and packaging, weight handling and more, which Amazon is hiking in February. Amazon has been transparent about its warehouses not being storage repositories — sellers should expect to pay through the roof if an item doesn’t sell.

The policy of tying review ratings to the use of its expensive FBA service has raised some hackles among its competitors.

“The Amazon fulfillment service has been intriguingly ‘tied’ — and I use that in the antitrust sense — to the marketplace,” said Nate Gilmore, the vice president of marketing and business development at Shipwire, a fulfillment company specializing in e-commerce.

For a seller to have a high ranking, “they must use the FBA, and the FBA is expensive,” he said. Gilmore said this policy is well documented on seller forums, and he is “surprised there hasn’t been any investigation.”

The key term here is must — is Amazon actually tying a high ranking to the usage of FBA? Tying is the practice of selling one service as the mandatory addition to another product or service. Most states have banned tying.

Charles Koob, an antitrust lecturer at the Stanford Law School, said that it would be tricky to make an antitrust case out of Amazon’s practices, given that sellers have alternatives to Amazon’s Marketplace. For precedent, he made a comparison to the recent antitrust case against Google, which was thrown out after an exhaustive, 18-month investigation.

In this case, FTC commissioners and staff rebutted the theory that Google abused its dominant market position in Internet search to favor its own products and services at rivals’ expense. The Google decision suggests it’s unlikely that a court would find Amazon guilty of taking advantage of its dominance in the e-commerce market to push its fulfillment service and quash the competition.

“Can they [Amazon] force people into something they don’t want to do? You have to prove there is no alternative,” said Koob. He speculated that this might be more of a consumer protection issue than an antitrust case.

Competing vendors in the fulfillment space certainly have an ax to grind. But perhaps more troubling is the information that Amazon keeps hidden from consumers and sellers. With negative reviews removed, they are kept in the dark about the FBA’s error rate.

When reviews are crossed out, an Amazon representative will leave behind a comment claiming to “take responsibility” for the inadequate fulfillment experience. But it also prevents anyone from finding out how many packages sold through its marketplace are fraudulent, corrupted, or delivered a few days late. An Amazon spokesperson I contacted was unaware of any such data.

High error rates are bound to happen given that Amazon regularly co-mingles products, meaning that products are jumbled together. If one of the sellers sends in a fraudulent iPad or Barbie Doll to one of Amazon’s warehouses, it’s not clear who’s responsible.

According to Koob, law enforcement agencies are still trying to get their “hands around this high-tech industry” and its intricacies. And with regulatory bodies like the FTC slowly adapting to the rapidly-changing digital landscape, grey area policies can flourish.

So for now, Amazon is probably on solid legal ground — even if its practices don’t benefit its merchants or its customers.